Democratic Party elites will stop at nothing to prevent a Bernie Sanders nomination. This is just the beginning pic.twitter.com/7ogY5pLEJh
— Rania Khalek (@RaniaKhalek) February 4, 2020

Unity with the Bernie Bros is impossible, and don't let anyone try to convince you otherwise. We can no longer coddle them. These cultists are thought-free, brainwashed monsters, and must be confronted as such.

Look at the video embedded above. The purpose of this production is to instill hatred of the Democratic party in an election year. One viewing of this video and you'll know why my attitude has hardened.

What can one say about a Bernie spokesperson who is so odious, so obnoxious, so disgusting, so vile, so unendurable? Tellingly, Sanders himself has refused to denounce or to chastise his monstrous mouthpieces. He views them as plausibly deniable assets.

Why is she acting this way? Look to Moscow. I can't prove that Rania is paid by the Kremlin, but I'd be lying if I pretended not to have my suspicions. When you are playing the "spot the provocateur" game, always look for one key "tell": The Trumpian inability to apologize. An ineradicable arrogance is characteristic of the paid schill. 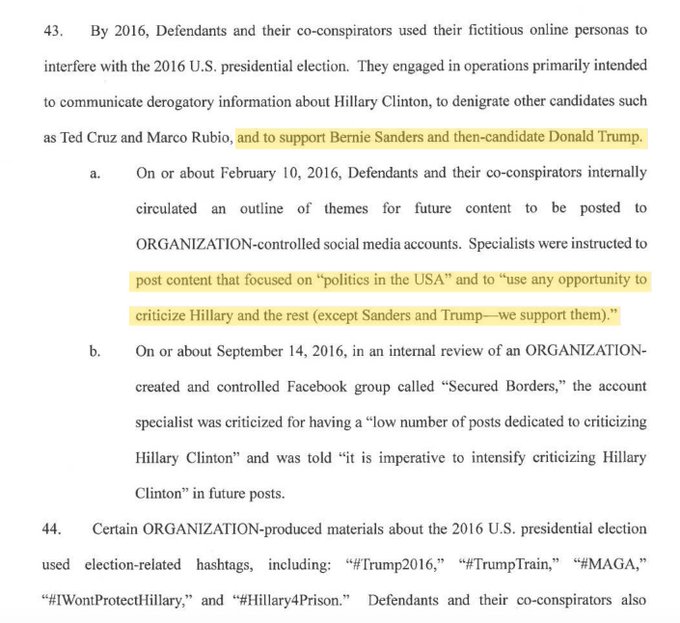 Remember 2016? Bernie was represented by H.A. Goodman and Cassandra Fairbanks, two lawn-vipers pretending to be liberals. Bernie has never denounced them, even though they both now support Trump. You've probably seen the picture of Cassandra with Roger Stone, who was, in all likelihood, her mentor.

Rania Khalek is the new Cassandra. You'll be particularly infuriated by her claim that Democrats should simply suck it up when insulted and belittled. Yet t the same time, the Bernie Bros (or Bernie Hos, as in the case of Rania and Cassandra) act outraged whenever anyone says one unkind word about them.

Do they really expect us to accept this outrageous double standard? I sure as hell won't.

They remind me of a classic Matt Groening cartoon from the '80s, in which he depicted the nine types of bosses. The final image -- depicting the worst of the lot -- perfectly summarizes the Bernie cultists. 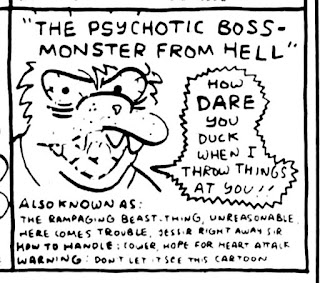 The Bernie Bros actually expect everyone else to accept -- meekly, humbly, obsequiously -- abuse and humiliation. Anyone who has any understanding of human psychology knows that this will never happen. Most people are not masochists.

That's why I have no choice but to conclude that the Bernie cult was engineered by Putin and/or the Alt Right and/or Team Trump. The goal is to divide and demoralize the Dems.

At this point, we have no choice but to take harsh action. The wound is deep and filled with pus. We must cut off the limb or we will lose all.

The Democratic party must amputate the festering Bernie cult.

The vast majority of Bernie Bros are beyond redemption. They must be eradicated mercilessly. People like Rania and Cassandra have made Bernie Sanders absolutely unacceptable.

Meanwhile: Mayor Pete. Despair fans, take note: The gods have given you new reason for hopelessness.

Previously described in the press as “The Giver,” Leonard “Len” Blavatnik is a well-known GOP donor with a New York address who previously took it upon himself to fund President Donald Trump‘s lavish — and allegedly criminal — inauguration festivities in 2017 to the tune of some $1 million.

Now, Blavatnik and his wife are apparently shifting allegiances. As of this writing, they have donated thousands of dollars to Pete for America, Inc., Buttigieg’s official campaign organization.


I like Mayor Pete. I don't think he's the right candidate this cycle, but I like the guy. This, however...this is concerning.

Looks to me as though Team Trump read the same poll I did. A quarter of the country won't vote for a gay guy. The situation is unfair, no question about that. But it is what it is.