Bill Palmer (whom I have criticized in the past for his blinkered optimism) notes that Roger Stone, in an interview on a pro-Trump site, predicted “...based on excellent sourcing, that the special counsel is going to charge Donald Trump Jr. with lying to the FBI.”

Doubtful. Such a move would probably prompt Trump to shut down the Mueller probe ASAP by any means necessary. Would Mueller take that risk at this juncture, just to indict Don Jr. on a relatively minor procedural charge? Does it not make more sense to squeeze all possible information out of Cohen, Pecker and Weisselberg, leaving Junior for later?

If Stone's sources know about the inner workings of Mueller's investigation, why hasn't Stone predicted any previous indictments? 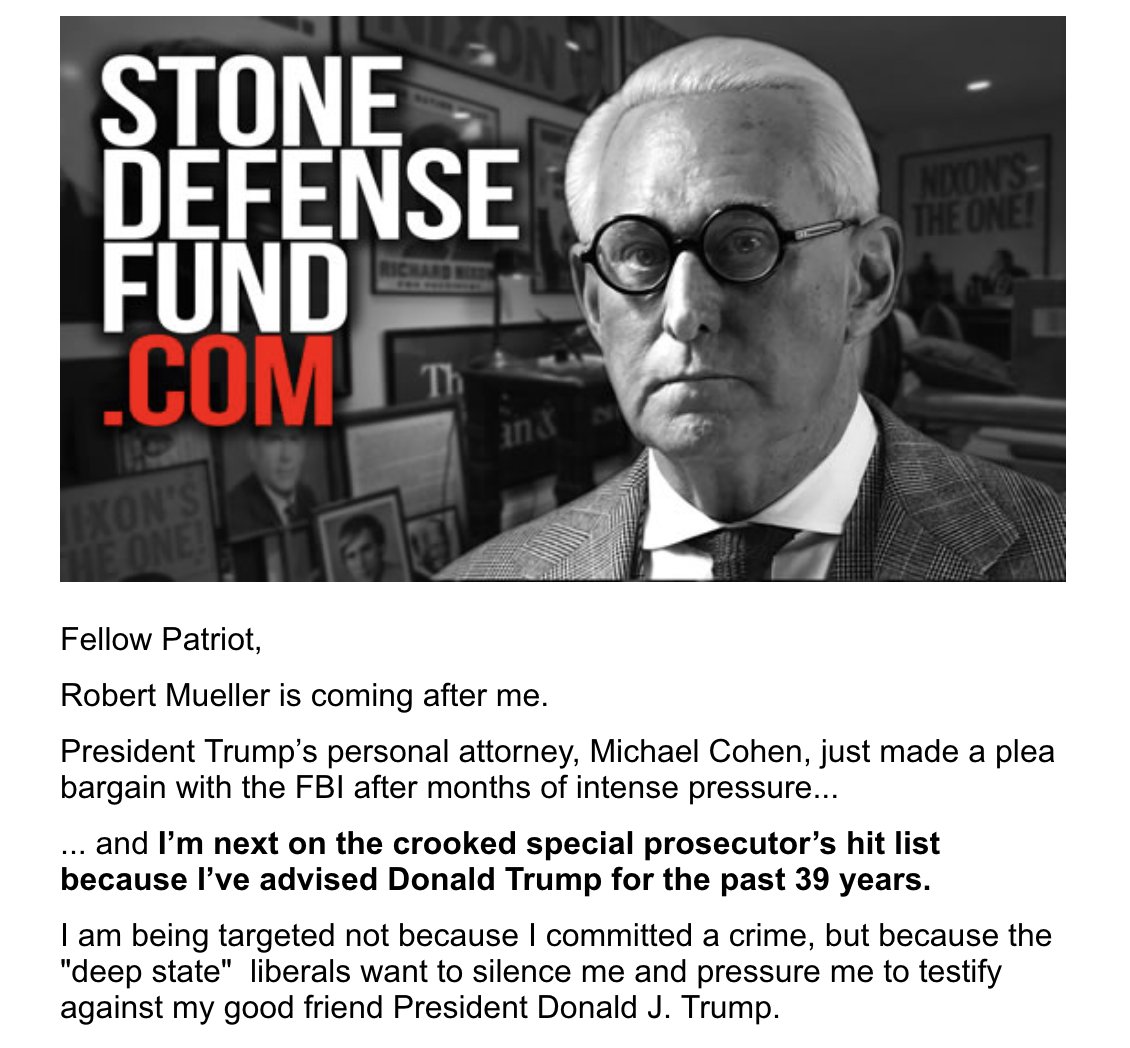 Here's a more likely scenario (which Palmer, to his credit, mentions): Stone knows that he himself is likely to face indictment. Ever the manipulator, Stone hopes to gull Trump into taking rash, rapid action against Mueller. In other words, Stone, desperate to save his own skin, has intentionally pressed Trump's "berserk button" (to borrow a term from TV Tropes). In fact, in a plea for donations, Stone admits that he knows that he is the next to be indicted.

No news articles indicate that the FBI has ever formally interviewed Junior, although back in May there was a story that the Bureau had contacted Eric and Junior to warn them that they were the targets of Russian hackers -- an odd little incident which has since fallen down the memory hole.

Interesting thought: If Junior has been grilled by the FBI, would we not have seen evidence to that effect? Could such an interview be kept from the media?

Let's take this line of thought further. If Junior has not yet met with investigators, then Donald Trump Sr. would immediately understand that Stone has offered a false prophecy. So the "berserk button" theory makes sense only if we presume that Junior has, in fact, been secretly grilled by the FBI.

It may be as well to note that Scott Dworkin tweeted the following yesterday: "I’m hearing from lots of people this morning that Donald Trump, Jr will be indicted this week. Just saying what I heard. Don’t tell @realDonaldTrump." Perhaps Dworkin's sources are Stone followers. If so, then this tweet offers no independent verification for Stone's prophecy.

Taking a knee vs. flipping the bird. When NFL players genuflect before the flag, Trump supporters quiver with full-body rage-gasm. Yet when Dear Leader insults a fallen war hero, the Trumpers don't seem even slightly bothered.

How can these hypocrites live with themselves?
posted: 12:40 PM