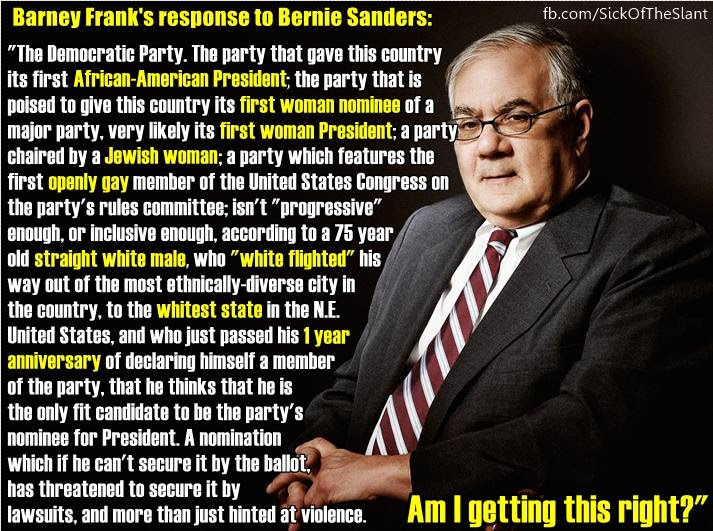 Jerry Brown just endorsed Hillary. It's not what I would call a full-throated endorsement, but still: It's an endorsement. Is he sincerely for Hillary (as opposed to being against Trump)? Yes, I think so. Brown has reached the age where one does not bullshit.

Naturally, the BernieBullies are calling Jerry Brown an Establishment shill. Actual statement from a Sandernista to Brown (addressed rhetorically): "on your way out of the California sunset, you should have never shit on your Liberal friends. Fuck off, asshole."

In answer to this BernieBilge, a Kos writer offered some wise words:


The big secret is that Hillary is actually proposing increasingly and impressively liberal policies which, if the Bernie Crowd would actually take a breath and read/consider, they might recognize as huge improvements over any major Dem proposals since FDR.

Free national child care?? That’s pretty radical and would have a HUGE impact on helping the poor out of poverty. It’s also a doable legislative event if we take the senate and flip the house in 2018 or 2020.

Against TPP? Same as Bernie.