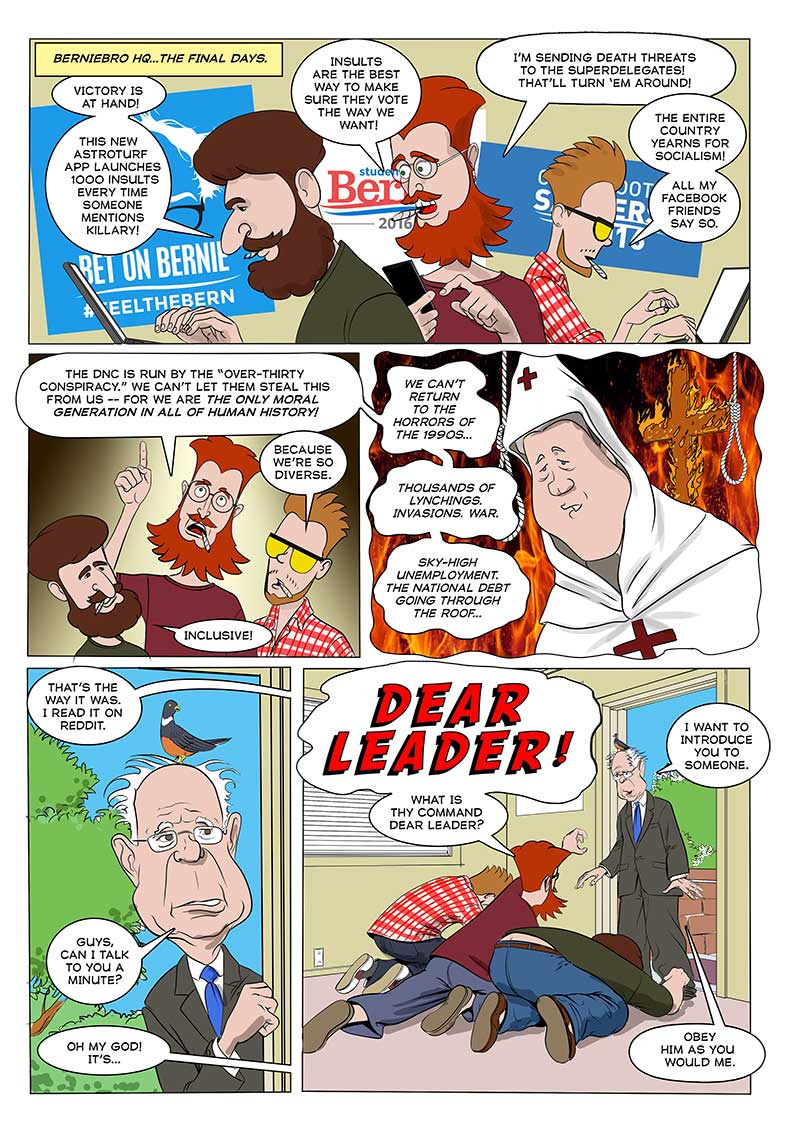 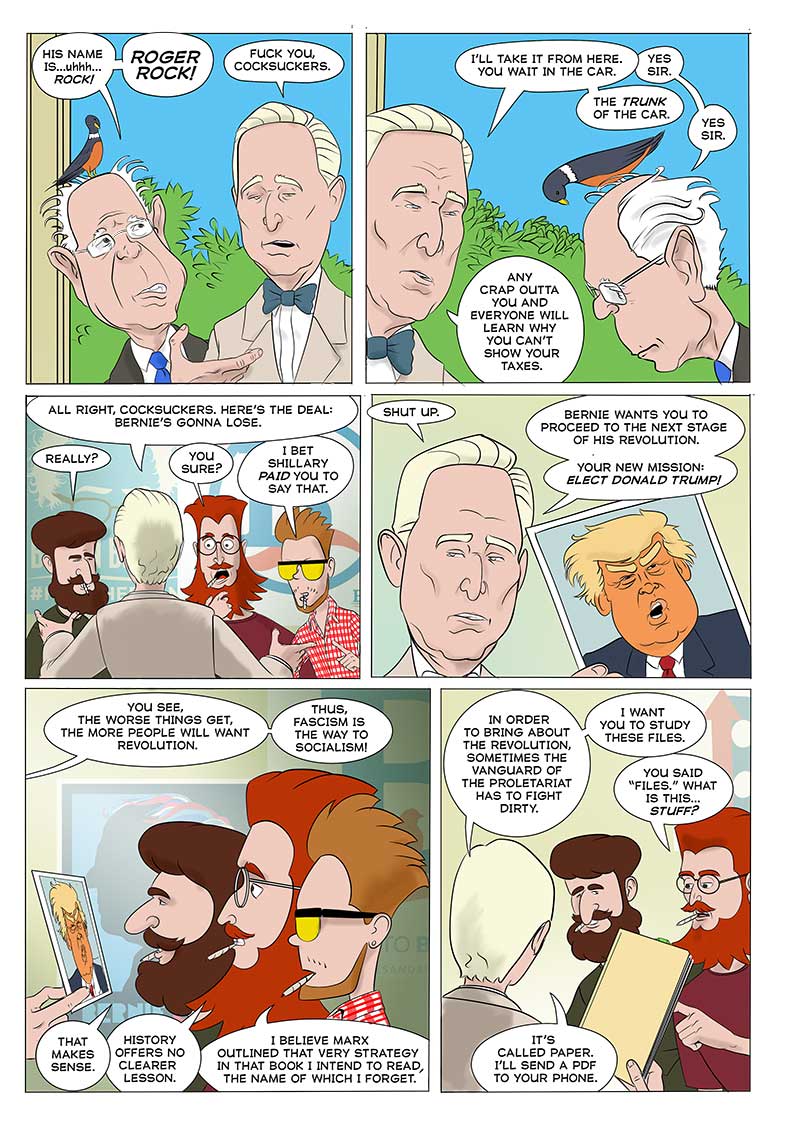 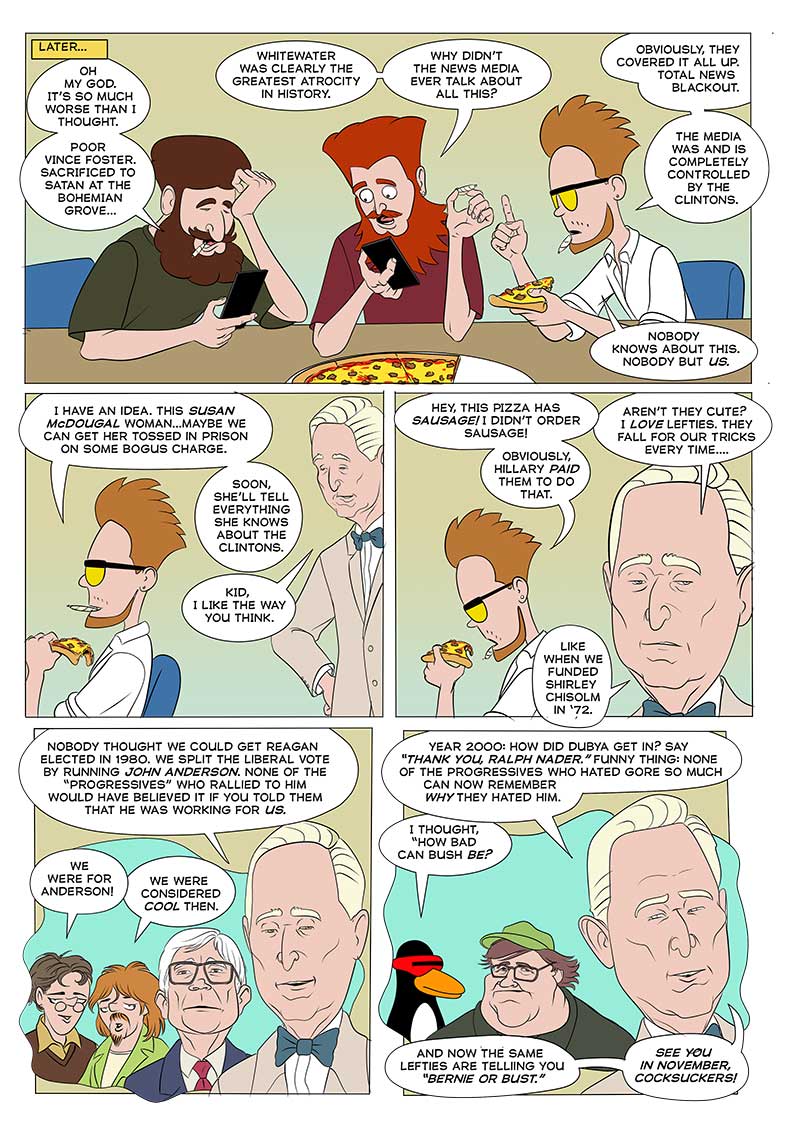 Think this is just a wacky conspiracy theory? Then why is the Wall Street Journal pushing the same message we hear from the "Bernie or Bust" brigade? Why are do so many people believe in the right's misconstrued version of the email "scandal" (which is simply the latest version of the Whitewater "scandal")? Why is Bernie trying to capitalize on that nonsense?

Tell me if you'd like to see "Roger Rock" appear in these pages again...

Note: Depending on your personal monitor and browser settings, you may not be able to see the entire image. Either right click on each image to open it in a new tab, or use Control - (The "Ctrl" key along with the minus key) to zoom out.