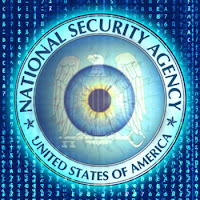 The most important ramification of the Boston bombing attack may be one that no-one anticipated: The investigation has led to the revelation that the government records and stores all telephone calls in the U.S.


On Wednesday night, Burnett interviewed Tim Clemente, a former FBI counterterrorism agent, about whether the FBI would be able to discover the contents of past telephone conversations between the two. He quite clearly insisted that they could:


BURNETT: Tim, is there any way, obviously, there is a voice mail they can try to get the phone companies to give that up at this point. It's not a voice mail. It's just a conversation. There's no way they actually can find out what happened, right, unless she tells them?

CLEMENTE: "No, there is a way. We certainly have ways in national security investigations to find out exactly what was said in that conversation. It's not necessarily something that the FBI is going to want to present in court, but it may help lead the investigation and/or lead to questioning of her. We certainly can find that out.

BURNETT: "So they can actually get that? People are saying, look, that is incredible.

CLEMENTE: "No, welcome to America. All of that stuff is being captured as we speak whether we know it or like it or not."

"All of that stuff" - meaning every telephone conversation Americans have with one another on US soil, with or without a search warrant - "is being captured as we speak".

On Thursday night, Clemente again appeared on CNN, this time with host Carol Costello, and she asked him about those remarks. He reiterated what he said the night before but added expressly that "all digital communications in the past" are recorded and stored:

Let's repeat that last part: "no digital communication is secure", by which he means not that any communication is susceptible to government interception as it happens (although that is true), but far beyond that: all digital communications - meaning telephone calls, emails, online chats and the like - are automatically recorded and stored and accessible to the government after the fact. To describe that is to define what a ubiquitous, limitless Surveillance State is.


Forgive the long quote, but Greenwald has focused on an extremely important matter. His article sounds a theme we've heard in many previous posts: See here and here and here.

Although your parents and grandparents never would have tolerated America's culture of warrantless eavesdropping, today's sheepish generation accepts electronic totalitarianism without protest. Too many of your fellow citizens will happily chant that Nazi-era mantra: "If you're not doing anything wrong, you have nothing to worry about."

The NSA's monstrous, intrusive capabilities did nothing to prevent the Boston attack, did nothing to capture the perpetrators. The NSA does not protect us. It observes us. It restricts us. It controls us.

Socrates had it wrong. The examined life is not worth living.

We can have our old lives back. We can insist that our politicians investigate the NSA, reveal the way it functions, and tether the beast. Tolerate no closed-door committee hearings: We pay for what the NSA does to us and thus we have a right to know.

You know why the NSA doesn't want the facts disclosed? They aren't protecting us; they're protecting themselves. If more Americans knew what was happening, they would put a stop to this nightmare.

Here are a few more excerpts from Greenwald's piece:


Back in 2010, worldwide controversy erupted when the governments of Saudi Arabia and the United Arab Emirates banned the use of Blackberries because some communications were inaccessible to government intelligence agencies, and that could not be tolerated. The Obama administration condemned this move on the ground that it threatened core freedoms, only to turn around six weeks later and demand that all forms of digital communications allow the US government backdoor access to intercept them. Put another way, the US government embraced exactly the same rationale invoked by the UAE and Saudi agencies: that no communications can be off limits.

Some new polling suggests that Americans, even after the Boston attack, are growing increasingly concerned about erosions of civil liberties in the name of Terrorism. Even those people who claim it does not matter instinctively understand the value of personal privacy: they put locks on their bedroom doors and vigilantly safeguard their email passwords.

Mass surveillance is the hallmark of a tyrannical political culture.

Greenwald's link goes to a Greg Sargent opinion piece, which in turn points to this Time/CNN poll:

But while Americans are increasingly amenable to passive surveillance efforts, including cameras and facial recognition, they are growing more opposed to expanded monitoring of cell phones and email and are more concerned about law enforcement monitoring Internet chat rooms. A plurality, 49 percent, are unwilling to give up civil liberties even if deemed necessary to curb terrorism in the United States — 40 percent say they are willing, and 9 percent day it depends.

Both the 49 percent and the 40 percent need to understand that the NSA's capabilities already go far beyond what most consider possible. The system has but one flaw: The people who run the surveillance state cannot easily use the data they acquire without revealing that a surveillance state exists.

Defeatism won't do any good. We need a movement. We need to make privacy an issue. We need investigations -- and we need to tell Congress that we will tolerate no hearings in executive session.
posted: 2:36 AM