These days, only one person may speak an unwelcome truth to progressives: Bill Maher. On his most recent show, Maher actually said the unspeakable: Trump is closing the gap with Biden. (See yesterday's post for a truly horrifying chart.) Maher also voiced the forbidden truth that neo-Stalinist efforts to muzzle free speech make ordinary people hate Dems. He even mentioned the allegations that Bill Clinton went to Epstein's island. I predict that this is the smear which will insure Trump's re-election.

(Maher does not know -- yet -- that the Epstein/Clinton smear is, in fact, a smear, and that Biden himself is vulnerable to the same false accusation. Can someone please show him this? It proves that Clinton is innocent.)

The virus is finally starting to lose strength -- and when it vanishes, so do Biden's chances. Trump has cleverly created the appearance that generous unemployment benefits will come from his personal beneficence. The Dems will get none of the credit. The Tangerine Terror has outmaneuvered Pelosi.

Biden will lose in November. Afterwards, of course, the Dems will blame Biden. They won't blame the voters who chose Biden, because black people made that decision and it is an article of faith among progressives that black people never, ever make tactical errors. (Ever.) Instead, we'll hear vague talk of nameless, invisible "elites" who foisted Biden upon black voters who didn't really want him.

It'll happen just like that. You know damned well that it will. I dare you to argue otherwise.

Let us now address an important question: How to get through election night? I've already made my plans.

First step: Vodka! Get some really big bottles (plastic, not glass) of cheap vodka. Mix it with, I dunno, some kind of icky-sweet fake fruit juice or imitation Dr. Pepper or whatever. (You can afford actual orange juice? Swankpot!) Forget quality: You're looking for quantity. You'll need it. Go ahead: Destroy your liver. It's Trump's re-election night and nothing matters anymore.

Second step: Movies. Seek out films that you enjoyed when you were a kid, because this is a night to wallow in happy memories. You definitely don't want works of art. You want dumb movies -- what my ladyfriend calls "non-hurty-brainy" movies.

If you have a certain amount of grey atop your scalp or in your beard -- if you were a nine-year-old in the 1960s or the 1970s -- I have just what you're looking for. Go to this glorious page. Behold! The Internet Archive has gifted you with decent-quality copies of all the classic Universal monster movies. Free. Get them on your hard drive now.

On election night, skip the original installments of each series -- the first Dracula, the first Frankenstein, the first Mummy, the first Invisible Man. They're far too slow and serious, and you've seen them too many times. What you want are the the later installments. They're totally insane B movies -- fast-moving, cheap and silly. The best of them feature amazing dialogue by half-smashed writers out to grab a paycheck while subverting the genre.

Take The Invisible Woman (1940), in which the perpetually-inebriated John Barrymore clearly has trouble reading his cue cards. (He looks like Trump doing battle with his teleprompter.) The script -- which features many surprisingly bold references to the title character's nudity -- includes this brilliant exchange:

(After three fingers of 80 Proof Anything, that'll seem hilarious.)

You'll also want to see Frankenstein Meets the Wolf Man, in which Lon Chaney Jr. -- the screen's greatest self-loathing sad sack -- delivers this sublime line: "Now I want to die too. Won't you show me the way?" On Trump's re-election night, you'll drink to that. 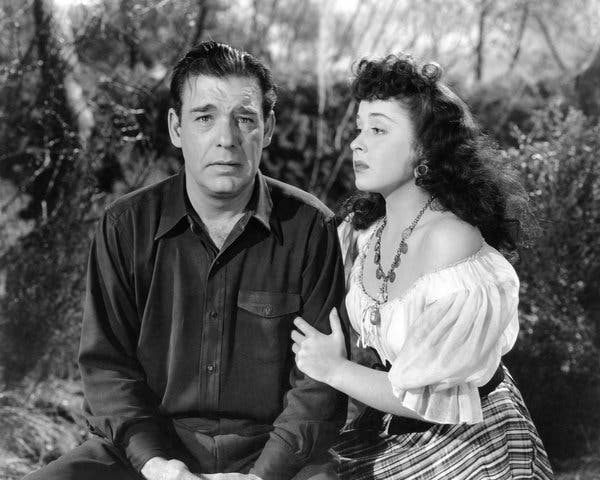 And if the vodka hasn't yet knocked you flat, fire up House of Frankenstein, in which Dracula (John Carradine) seeks a cure for vampirism. This is the film in which the Wolfman says of the Frankenstein monster: "He wanted life and strength. I wanted only death. Yet, here we are." Those words will sum up your life on November 3. This is also the movie in which a flirtatious young woman tells Lon Chaney Jr. "Now, don't start barking at me."

Although the Universal monster movies will suit me just fine, my ladyfriend has expressed a preference for the Hammer versions. I can see her point: Cushing and Lee were superb, color adds much, and one does want the occasional dab of gore. (And Veronica Carlson is a goddess.) But too often, the Hammer scripts lacked wit. Nobody wants to admit it, but those all-important undertones of subversive fun are just not there.

If Universal's monsters won't suit your viewing needs, consider another welcome blast from the past: Ray Harryhausen movies scored by Bernard Herrmann. Those classics will chase away the election night blues.

Sure, I love Herrmann's work for Hitchcock -- but does anything say "high adventure" like the opening chords of Mysterious Island? (Well, maybe Jerry Goldsmith's title music for The Wind and the Lion.) You can hear those chords in the trailer embedded above. When I was very young, this score made me understand what music adds to a movie.

If you can forgive some iffy matte work -- inescapable, given the film's vintage -- Mysterious Island is a terrific, fast-moving fantasy that can still capture a young person's imagination. The screenplay also offers a well-written exchange in which a Union soldier questions the morality of Captain Nemo's terror campaign:

"Considering the ships and crews you've sunk without mercy, you can't disturb my conscience."

"Can't I? What I did was in the name of peace. Your war, like all wars, glories in devastation and death."

"Well, my war will set men free. That's a struggle that belongs to all men, don't you think?"

At that point, I'd like to see actor Michael Craig turn to the camera and add: "So fuck you, Jamelle Bouie."

So there's my "how to survive election night" plan. Your film picks will differ from mine, depending on which movies you loved before or during puberty. Vodka may not be necessary; I won't blame you for choosing some other substance to abuse. Chacun à son goût.

Here's what you must not do: Do not hop into Democratic Underground or any other left-leaning forum where you may be tempted to spar with BernieBros, Clinton-haters, Krystal Ballers and Cenk-wankers. Don't bother talking to the dolts who insist that, next time, the party must pay even more attention to feminists, gays, the transgendered and left-of-Biden black activists. Don't converse with progs who assure you that the party must show even more disdain for the white working class. Ignore ninnies who insist that the magic letters "GOTV" can counteract the disastrous impact of applying the label "privileged" to millions of struggling white people terrified of eviction.

The postmodernist pigs will never back down: "Yeah, that pale-faced schlub working the midnight shift at 7-Eleven really does deserve to be called privileged." Some of the pigs who emit that kind of oink actually live in St. Petersburg, although they pretend to be Americans. The Dems won't win until we stop engaging with those swine.
posted: 4:57 PM