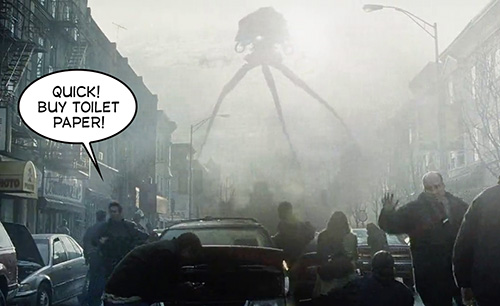 I haven't said much in recent days because my position remains as before.

People hated me in the 1980s when I said that heterosexual AIDS was a myth, but I was proven right. People hate me now because I insist that the coronavirus threat is overblown, but I'll be proven right in time.

I still maintain that, if less-radical measures had been implemented (protecting those in the high-risk group while allowing everyone else greater freedom), fatalities would remain pretty much the same. I still maintain that, in the final tally, the coronavirus will exact a death toll lower than the one exacted by the Hong Kong flu of '68-'69 -- a problem which nearly everyone in America had forgotten about well before New Year's Day, 1970.

Worth noting: Fauci played a major role in spreading both the AIDS panic and the current panic. You still can't get that stubborn bastard to say the words "Heterosexual AIDS was a myth."

I continue to believe that undermining our precarious economy is more dangerous than the virus itself -- and I speak as someone within the high-risk group. Landlords and mortgage-holders are proving remarkably tolerant, but that toleration cannot last forever. The unemployment system will soon be stretched beyond its capacity. The government will have no choice but to borrow money recklessly in order to issue welfare payments to a citizenry facing homelessness and privation.

Such measures could plunge us into third-world status. If Krugman says otherwise, he's fooling himself.

We have embraced financial Armageddon to fight a virus which -- even in Italy -- has proven less lethal than a bad seasonal flu.

In my last post, I argued that the "heterosexual AIDS" mythos was promulgated by moralists using pseudoscience to push monogamy. Looks like history is repeating itself.

Eventually, people will tire of staying holed up in their tiny hovels, peeking out only to see if there's an eviction notice on the door. Puritanism may be hard-wired into the American brain, but we can live a life of privation for only so long. People yearn to go out, go to work, go to schools, play softball, see movies, hit the bars, listen to music, fuck strangers and do all the crap that human beings normally do.

Some readers will now accuse me of agreeing with Trump. He has made the politically astute calculation that people will soon yearn for a less-apocalyptic response.


President Donald Trump’s vow Tuesday that he would “love to have the country opened up and just raring to go by Easter,” less than three weeks from now, was the clearest signal yet of the political logic he hopes to follow in a presidential campaign shadowed by global pandemic.

He is eager to own the only good thing about a crisis that has paralyzed the country and left millions of people in housebound despair: The reality that life will at some point slowly lurch back to normal.

He is determined to make other people—specifically, governors and public health officials—own everything else, including the reality that massive shutdowns will continue long after the Christian holy day on April 12.


Truth is, I do agree with Trump's position. So do you. Trump has held so many different positions, we're all bound to agree with at least one of them.

In previous posts, I predicted that this hysteria will eventually hurt the Dems and help Trump. That prophecy is coming true: Biden's numbers are weakening, while a solid majority of the population has hailed Trump's alleged leadership. His "wartime president" pose benefits him significantly and his poll numbers are at their highest level. As a result, the Democrats have been reduced to issuing impotent demands that this administration's public communications receive no further media coverage. As if that would ever happen.

You can't fight the Party of Partying. The Dems will be hurt by this mess because we have allowed ourselves to be defined as the Party of Restriction, while the Republicans define themselves as the Party of Partying. Most Americans believe that liberals are humorless scolds who don't want anyone to have fun. That perception is precisely what gave us Gamergate and the Alt Right and all of the social ills that followed after.

For decades, I have felt that the last few shots of Duck Soup -- the greatest Marx Brothers movie -- hold the key to political success. Since younger people have an aversion to old movies, you probably have not seen that classic, so allow me to explain the final scene to you. (I'm going on memory here, so forgive me if a couple of details are wrong.)

Having staved off the invasion of his country, Groucho -- the hilariously-corrupt leader of Freedonia -- impulsively decides to toss pastry at the retreating enemy soldiers. Chico and Harpo join him in this grand, messy bombardment. Suddenly, staid Margaret Dumont -- the living symbol of propriety and morality and Family Values -- starts to sing the Freedonia national anthem. Immediately, the Marxes turn around and toss pastry at her. Fade out. 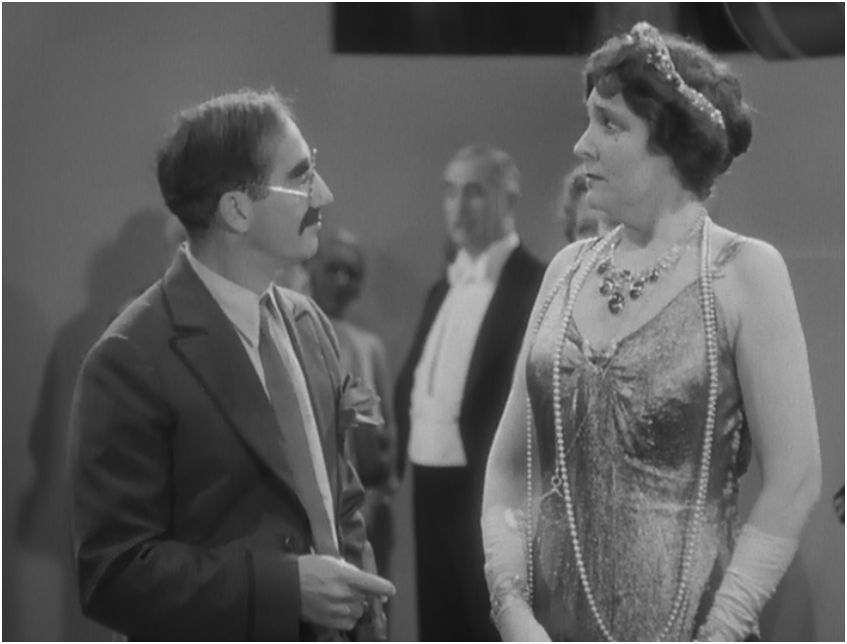 Keep that tableau in mind. Ask yourself: Do you want people to see you as Groucho or as Margaret Dumont? Which position is more politically advantageous? Do you want to toss pastry or to be hit with it?

Younger readers may not understand that the height of Groucho's popularity was 1968-72 -- not the 1930s, when Duck Soup was made. In the late 1960s, the hippies and protestors and counter-culturalists all identified with Groucho, because he was the quintessential mad anarchist -- an uncontrollable creature of fun and sexy wordplay and boundless iconoclasm. By contrast, the rightwingers were a bunch of stuffy old Margaret Dumonts. Spiro Agnew even looked like Margaret Dumont.

At some point, positions were reversed. The right became one, big, collective Groucho -- smoking, drinking, leering, making politically-incorrect jokes. Meanwhile, the politically-correct, pro-feminist lefties all donned pearls and acted like Margaret Dumont, forever wagging a finger while instructing the rest of humanity on what not to do.

In other words, the Dems became the No Fun Party while the Republicans became the Id Party.

Hence, too, our current over-reaction to the coronavirus challenge. Liberals, as always, felt obliged to demonstrate their virtue by embracing the "no fun" position.

I remember 1969. I remember when lefties were Grouchos. We will continue to lose elections until we rediscover our inner Groucho.

Postscript. I just checked Wikipedia: Apparently, Margaret Dumont is pelted with fruit, not pastry. If you are a humorless scold, please take this opportunity to write an essay on violence against women in Marxian cinema. You need not see any actual films by the Marx brothers to proclaim yourself an expert on their work.
posted: 8:04 PM