Seen this one yet? It's a must.

Elsewhere: The Bros are really lambasting Elizabeth Warren. It's all her fault, dammit! 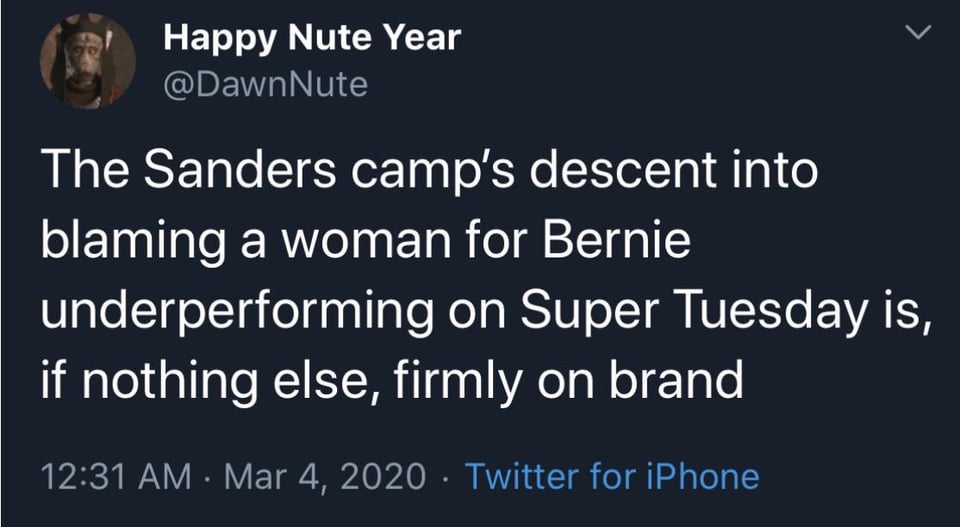 Here are some actual comments from bitter Sandernistas (Chapo division):

A violent revolution is quietly brewing.

The very idea of an armed Bro rebellion is hilarious. The revolution would end up in a tableau similar to the finale of Monty Python's "Upper Class Twit of the Year" competition. Gotta warn ya, Bros: MREs customarily do not include quinoa and avocado toast.

I'm also amused by the Sandernista myth that "The Establishment" lavished millions on Biden, thereby propelling him to victory. Sanders himself has leveled this charge. In actual fact, Bernie Sanders spent three times as much per vote on Super Tuesday. If Biden commanded so much filthy lucre, then why did he have so few offices and so few ads?

One of these days, I'd like to know where Bernie's money really came from. As noted in earlier posts, small donations are completely unaccountable. The sub-$100 donation is more likely to be corrupt than is the $1000 donation.

It is endlessly amusing to hear the Brocialists refer to African Americans in South Carolina as "The Establishment." Keep it up, Bros!
posted: 9:56 AM