Although Dems continue to snicker at Rudy, I've been trying to warn everyone that the coming Biden smear is going to be serious, serious business. Rudy is now intimating that Biden is guilty of -- get this -- attempted murder.


Witness Viktor Shokin: Holds doc’s proving money laundering by Burisma & Biden’s. Fired due to VP Biden’s threat not to release $1B in vital US aid. Shokin’s med records show he was poisoned, died twice, and was revived. Lots of heads will roll in Ukraine if this opens up.

First: This claim is, of course, absolutely nuts. Naturally, the president retweeted it.

Second: How did Giuliani pass law school without learning when to use the possessive apostrophe? 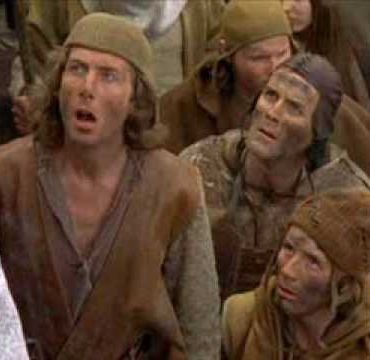 Third: Am I the only one who recalls the time when Roger Stone tried to convince the Infowarriors that the Deep State had poisoned him with polonium? He got better.

Rudy's also going to go after Ambassador Yovanovich, whom Barr will probably charge with perjury.

Note that one of the main targets of this smear is Burisma itself. Remember, Burisma was the victim of corruption, not the perpetrator. Putin hates that company because Russia used to supply Ukraine with natural gas, and Burisma made the country self-sufficient. Putin wants to regain control of Ukraine's natural gas industry.

Meanwhile, The Hill (a pro-Trump cyber-rag) is pushing Sanders. Clearly, the Trumpers want to run against Bernie, not against Joe. That's why I find this new NPR/PBS/Marist poll so disturbing...


Biden leads with 24%, followed closely by Sanders at 22%. Massachusetts Sen. Elizabeth Warren is third with 17%, followed by South Bend, Ind., Mayor Pete Buttigieg at 13%, all together making up a clear top tier of four candidates.

Biden has definitely taken a hit, proving that a ruthless smear campaign can be enormously effective, even if the accusations are absurd. One of the propagandist's most effective tools is sheer repetition, which is certainly working its dark magic here. Team Trump needs to pile up just enough "evidence" to make current Biden supporters think twice -- and when that happens, Sanders will become inevitable.

Mainstream media outlets may be able to discredit Lutsenko and Shokin -- the New Yorker does a pretty good job of it here -- but mainstream media is just not as important as it once was. Besides, even the mainstream journalists won't be able to discredit Zelensky. When Zelensky starts reciting whatever script Rudy has handed him, even the most absurd charges against Biden will gain sticking power.

The best thing Biden can do for his country is to bow out now, allowing all the non-Bernie Bros to focus on another candidate. Maybe that candidate should be Warren, if she can find it in her heart to skew right on certain cultural issues while remaining a populist lefty on those economic issues where the polling shows that the public is with her. (I have a few suggestions along those lines, but it's not as if she'd listen to the scurvy likes of me.) Klobuchar may be a safer choice.
posted: 7:30 PM