Lev and Igor have entered "not guilty" pleas.


One of the two indicted associates of President Trump’s personal lawyer, Rudolph W. Giuliani, on Wednesday tied the case to the president himself, saying that some of the evidence gathered in the investigation could be subject to executive privilege.

Executive fucking privilege?!? If Parnas has nothing to do with Trump -- as Trump claims -- then how the hell can anyone hope to justify this "executive privilege" claim? It doesn't even apply to Giuliani, who doesn't have a role in the White House!

You will recall that Trump's own lawyer, John Dowd, issued this statement...


Be advised that Messrs. Parnas and Fruman assisted Mr. Giuliani in connection with his representation of President Trump. Mr. Parnas and Mr. Fruman have also been represented by Mr. Giuliani in connection with their personal and business affairs. They also assisted Joseph DiGenova and Victoria Toensing in their law practice. Thus, certain information you seek in your September 30, 2019, letter is protected by the attorney-client, attorney work product and other privileges.

Parnas, Fruman, DeGenova and Toensing are all linked to Ukrainian criminal/oligargarch/Putin crony Dmitry Firtash. Firtash is in Vienna right now -- the same city where Rudy, Lev and Igor were heading. He's kinda trapped in that town, because he wants to avoid extradition in a bribery case involving India. Meanwhile, Giuliani represents an unnamed client in a very sensitive "foreign bribery case." Giuliani is also said to be the topic of a counterintelligence investigation, which is the kind of investigation we would expect if Trump's lawyer were also representing a Putin crony.

Yet Rudy still denies that his unnamed client is Firtash. Jeez. Who does he think he's kidding?

According to Buzzfeed, there are strong indications that Lev and Igor were involved in money laundering.

William Taylor. I was away-from-keyboard for much of yesterday, so I couldn't react to William Taylor's testimony (what we know of it). Obviously, it was a bad day for Trump. Hilariously, his supporters are reduced to screaming "Radical!" at a decorated veteran and West Point graduate -- a guy whom this administration coaxed out of retirement. If Taylor is so damned swampy -- or bolshie, or both -- why did they beg him to take the gig?

Taylor's testimony hit a note that I did not expect to hear. Both he and the Ukrainians feared that, after Ukraine helped Trump smear his political opponent, Trump would go on to abandon Ukraine to Putin's tender mercies. In other words, you can give Trump his requested quid without getting your expected quo. Even Zelensky (whom I do not trust) knows better than to fall into that trap.

After Trump screwed the Kurds, this "Ukrainian backstab" theory makes even more sense.

Taylor may go down in history as the man who made impeachment inevitable and removal -- dare one hope? -- possible. If that happens, someone should name a library after the guy. (Why a library? Because those offended by this gesture of gratitude aren't likely to visit such a building.)

The Nunes/Ukraine connection. The extraordinary Natasha Bertrand reveals the key role of Nunes protégé Kashyap Patel in the Ukraine scandal. Patel segued from Nunes' staff to the White House last year. This information comes from the testimony of Fiona Hill, which remains under wraps (though details are starting to leak).


Patel joined the National Security Council’s International Organizations and Alliances directorate in February and was promoted to a senior counterterrorism role around the same time as Trump’s fateful call with Ukrainian President Volodymyr Zelensky, in which he urged the newly elected leader to investigate Biden and “get to the bottom of” Ukrainian interference in the 2016 election. 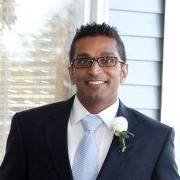 The type of Ukraine work Patel was doing that Hill described would not be within his purview as a senior counterterrorism adviser, said Joshua Geltzer, who held Patel’s position early on in the Trump administration.

That's a pretty rapid advance for a guy who, until recently, was just a congressional staffer. Something is seriously up with this guy. Who the hell is he, and what was he doing on Nunes' staff? Between 2014 and 2016, he worked as a counterterrorism prosecutor at the DOJ. In 2016 a federal judge hit him with -- I'm not making this up -- an "order of ineptitude."

Let's get back to Bertrand's piece.


Democrats have been especially interested in Patel’s role in the Ukraine scandal given his intensive work as Nunes’ top staffer on the House Intelligence Committee to discredit the FBI and DOJ officials investigating Russia’s election interference.

As the chairman of that committee, Nunes stepped aside from the panel’s Russia investigation in April 2017 and launched a separate inquiry into the origins of the FBI’s counterintelligence probe, which had zeroed in on four Trump campaign aides’ interactions with Russians during the election.

The findings of that parallel investigation were outlined in a 3.5-page memo that Patel, who also served as the panel’s senior counsel, helped write, despite warnings by the Justice Department that its release would be “extraordinarily reckless” because it included classified information and could harm ongoing investigations.

In short and in sum: Patel is a key member of the very select group designated with this threefold task:

1. Exonerating Trump of collusion with Russia.

2. Exonerating Russia of interference with the 2016 election.

3. Smearing any and all Dems.

The SCIF stunt was obviously meant to buttress the false perception that Republicans are not allowed to question the witnesses in the impeachment investigation. It's the "Brooks Brothers riot" all over again.


“They not only brought in their unauthorized bodies, they may have brought in the Russians and the Chinese,” said Rep. Eric Swalwell (D-Calif.), a member of the Intelligence Committee.

Swalwell added that some Republican members held onto their phones even after the Sergeant at Arms asked that they remove them from the area. Rep. Mark Meadows (R-N.C.) later reported that he personally collected phones from Republicans and took them out of the SCIF.


At least three of the Republicans protesting there isn't enough transparency in the impeachment inquiry have full rights to attend it (and have been). And impeachment being run by same rules that Meadows/Jordan investigation of Russian investigation did.

Actually (as Marcy notes in a follow up tweet), eight of these congresscritters sit on the appropriate committees. Not only that:


In reality, more than 45 House Republicans — nearly a quarter of the House GOP conference — already have full access to the depositions through their membership on one of the three panels leading the impeachment inquiry. During the depositions, Republican lawyers are given the same amount of time to question witnesses as Democratic counsels.

Alas, these basic facts will never penetrate the obdurate skulls of Fox-watchers, who probably still believe that only Dems are allowed to question the witnesses.

How much you wanna bet that the Republicans "in the room" throughout this inquiry have been sending Trump constant progress reports?

Scott Dworkin says that Trump had advance knowledge of the SCIF stunt. I don't know his source, but I have little doubt that Dworkin is right about this.