I agree with this letter from @SpeakerPelosi.

We also must have procedures in place to use the inherent contempt powers of Congress if ODNI Director does not turn over the #WhistleblowerComplaint or refuses to answer questions. WE CANNOT HAVE A REPEAT OF THE LEWANDOWSKI HEARING. https://t.co/ZzQGXrtXu0


Trump has said that he wants the Ukrainian call transcript released. Of course, we know that the whistleblower's action was predicated on more than one phone call.

Even Mitt Romney has indicated that he might be willing to support impeachment if Trump asked Ukraine to investigate a political rival. (Which he obviously did -- I mean, Trump isn't really denying it anymore, is he?) Of course, Romney being Romney, who the hell knows where he will ultimately end up...?


“I would have no problem with Rudy is a very straight shooter and Rudy wants to see the same thing as a lot of other people with respect to Ukraine,” Trump said. “Ukraine has had a tremendous corruption problem. Somehow they were involved in a lot of different things that look place in our country, and hopefully, it could be straightened out.”

Yep. That proves what I said in the previous post -- they are going to use this business to bust Manafort out of the joint. If the Ukrainians are so damned corrupt (and they are), then obviously they can be bribed or cajoled to say whatever Trump wants them to say. Why can't his supporters see that point?

Elsewhere: I've been sickened by the love Trump has shown for Indian Prime Minister Narendra Modi. The man's a fascist. He singlehandedly proves that fundamentalist Hinduism can be every bit as dangerous and repellent as fudamentalist Islam, fundamentalist Christianity or fundamentalist Judaism. Modi hails from the fascist RSS -- Rashtriya Swayamsevak Sangh -- the same ultra-right group that produced Nathuram Godse, who assassinated Mahatma Gandhi in 1948.

I was not surprised to learn that the fascist Norwegian mass murderer Anders Brevik is a big fan of the RSS.


As chief minister of the state of Gujarat — the scene of brutal anti-Muslim pogroms in 2002 — Modi oversaw the distribution of high school textbooks that described Hitler as a leader who “lent dignity and prestige to the German government.”

The rise of Modi, the RSS, and Hindu nationalism has led to an explosion of hate crimes in India. “Today, under Modi’s iron-fisted regime, Christians, Dalits, Muslims, Sikhs, and every Hindu who disagrees with the hate, violence, and supremacy of the RSS lives in fear of their lives,” South Asia affairs analyst Pieter Friedrich explained to Houston City Council on Tuesday, as part of a last-ditch attempt by anti-Modi activists to prevent the prime minister’s high-profile summit in the city. Mobs have beaten and murdered Muslims for allegedly slaughtering or even transporting cows; churches have been burned and vandalized.

Finally: Being a man with a weak heart, I can't watch exchanges like this in real time. But the transcript is fun... 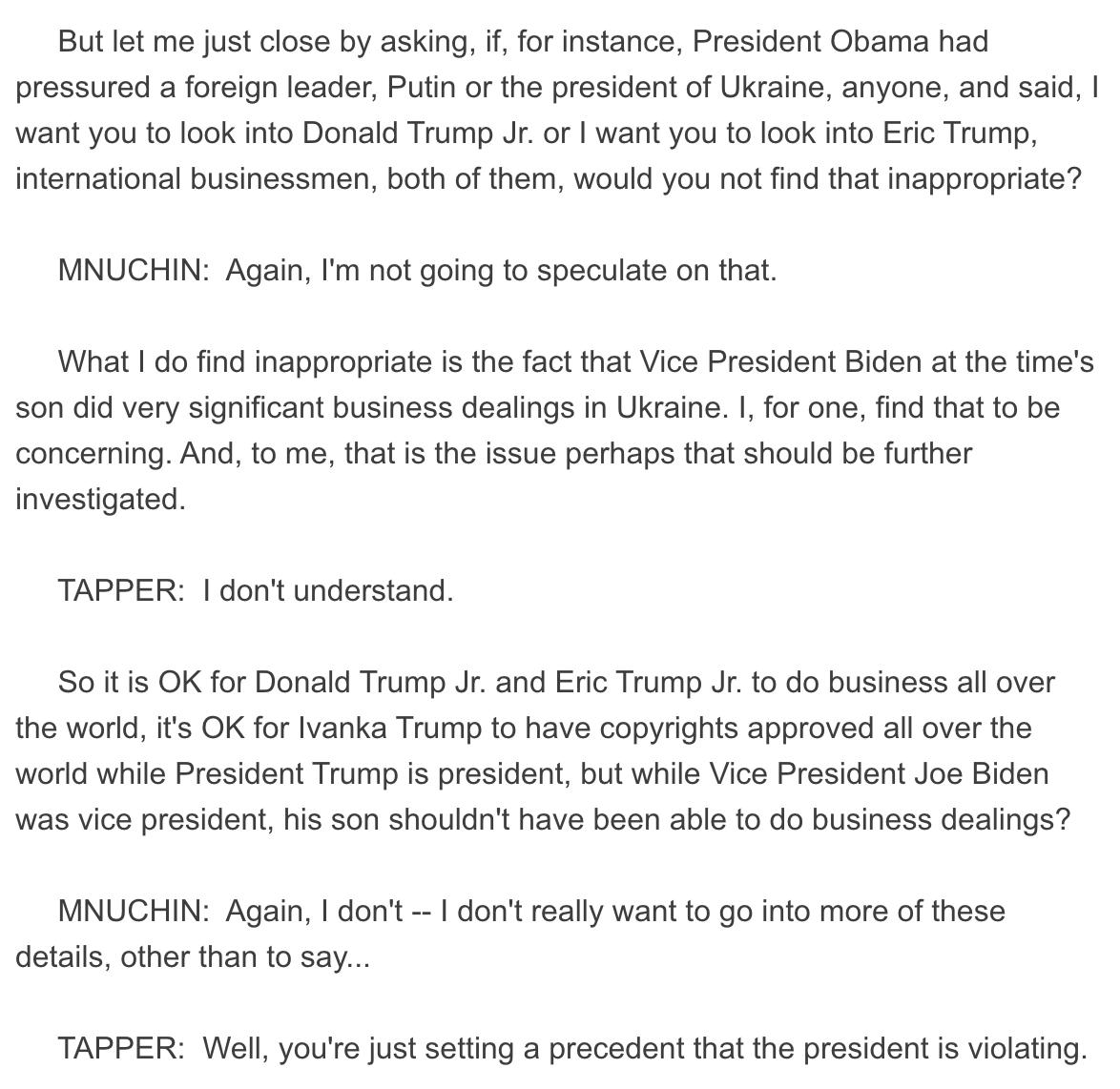