Let's do a little further research into the mysterious Dr. Harold Bornstein, the doctor who (allegedly) wrote that hilariously unprofessional "To Whom My Concern" missive. Remember? That's the one that proclaimed Donald Trump to be the fittest living entity since Hercules. That's also the letter in which Donald Trump tested positive for...everything.

Since everyone except me seems to be on Twitter these days, I thought I'd look up the man's Twitter history.

The search engine I consulted listed two possible feeds. The first one bears the image of Dr. Nick Riviera from The Simpsons. Several subtle clues have caused me to suspect that this account may not be legit.

The second account appears to be quite real. Bornstein emitted only three tweets in late 2013 and in November of 2014; all three messages appear to be unimportant piffle. Oddly enough, he seems to prefer expressing himself in Italian. Here's a screen shot: 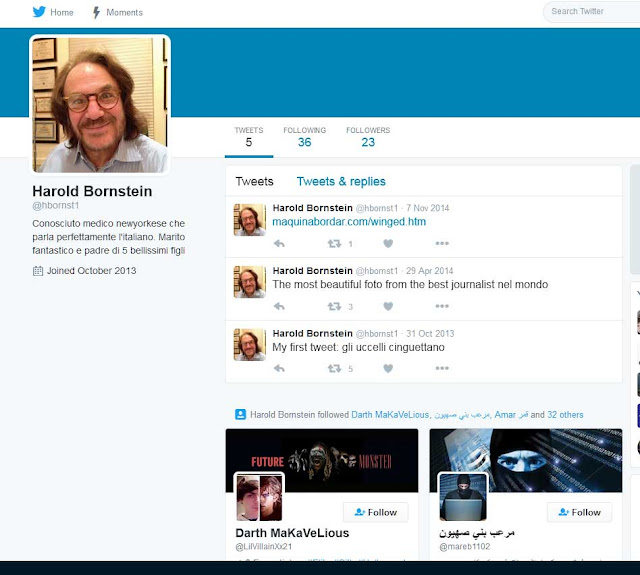 I'm not saying that Bornstein is in any way an unethical medical practitioner; I'm sure that everything he does is honest and above-board. All I'm saying is that he looks like the kind of doctor whose patients have a tendency to say things like "Look, man -- I just need some stuff. Just to tide me over. You gotta help me, man." I will also tentatively suggest that if we were to explore this line of investigation, we might understand why Donald Trump sometimes sounds like Sarah Palin on meth. (Actually, the theory that she is on meth would explain a lot.)

But our focus today is on Dr. Bornstein, not on his most famous patient. Perhaps we will learn more about this doctor if we study the Twitter feeds that he has chosen to follow.

(As always, the reader must understand that I myself avoid Twitter and cannot claim to understand its ways.)

There are three listed accounts. First up: Darth MaKaVeLious. He appears to have something to do with the hip-hop subculture, even though he's a Trump fan. Not interesting.

Much more intriguing is the account of a Lebanese singer named Amar. Although I've never heard her perform, Amar instantly became my favorite pop music star. 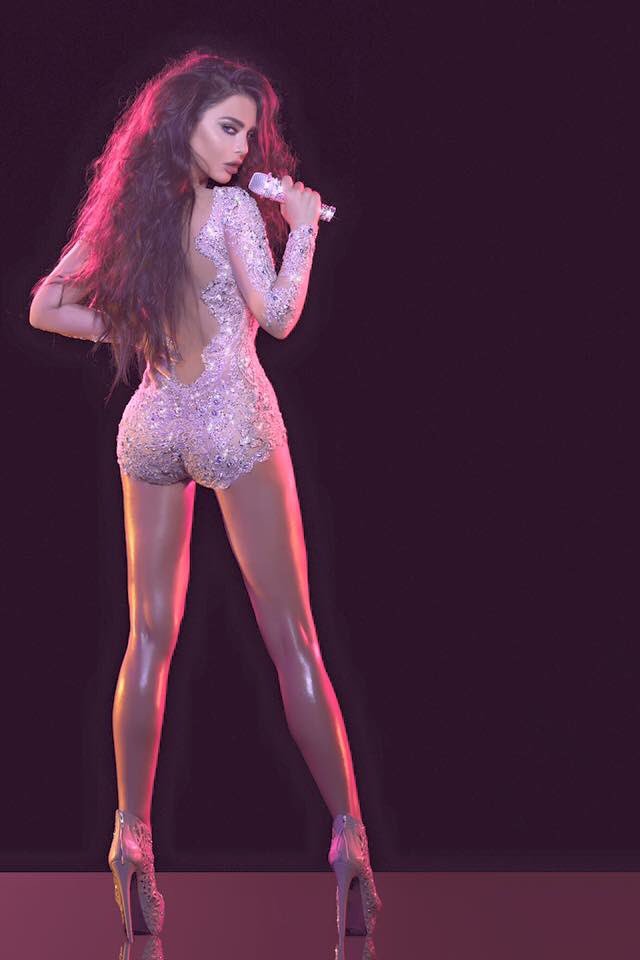 "Did my heart love till now? Foreswear it, sight!/For I ne'er saw true beauty till this night."

My feminist readers, if I still have any, will probably hate me for noting that Lebanese women are famous for their beauty. So are Ukrainian women, by the way.

(Christ, I'm starting to sound as skeezy as The Donald.)

It may interest some of you to know that, last December, Amar was attacked by a madman who claimed to have a connection to ISIS.

What really intrigues me is the third listed account which Dr. Bornstein has chosen to follow. It's in Arabic. 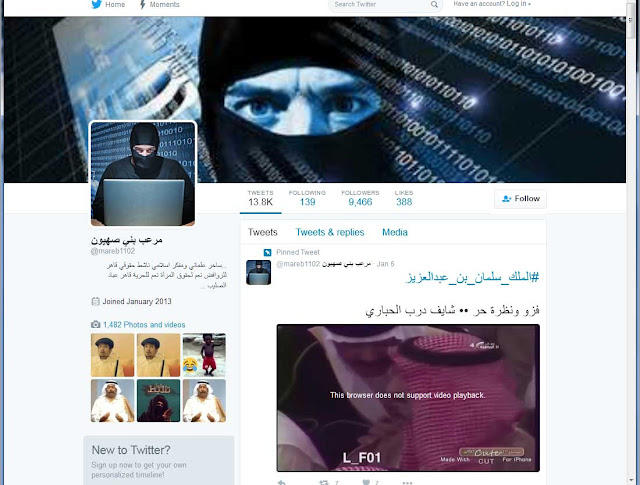 I hate to jump to conclusions, but doesn't that page look kind of...you know...jihad-y?

I don't know Arabic. However, I do know how to run a web page through Google Translate: 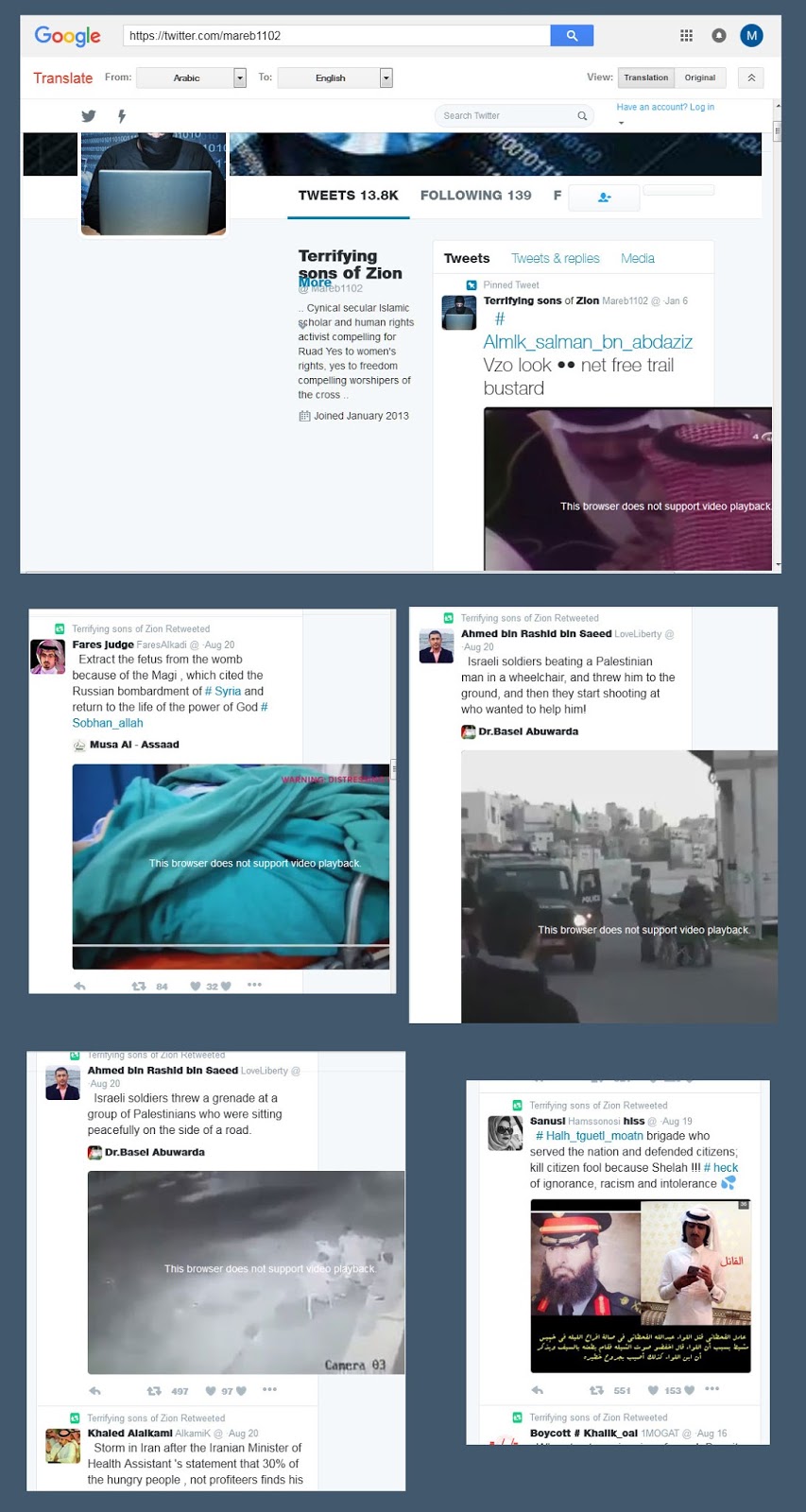 Okay. Now this account is looking more like the work of someone who is anti-terror -- and also anti-Israel. But I can't really be sure of that conclusion, given the language barrier and the uncertainties of a Google translation. Let me repeat once again: I do not often visit the world of Twitter and cannot claim to comprehend how it works.

We can fairly say that the mysterious Dr. Bornstein keeps unfolding like a flower. If my readers can offer any help in understanding his various interests, I am all attention.

Again, nothing in this post is meant to defame Dr. Bornstein. I have no doubt that HE IS THE MOST AWESOMELY EXCELLENT DOCTOR IN ALL OF HUMAN HISTORY!

Believe me, folks. He'll make you so healthy you'll get sick of not being sick.
posted: 6:50 AM