God, I'm sick of politics right now. In "real" life, absolutely EVERYONE wants to fill my ears with an agonizingly predictable sermon on the topic of Why Clintons Are Evil. (Apparently, they eat babies.)

Enough! We need a diversion. Something fun. 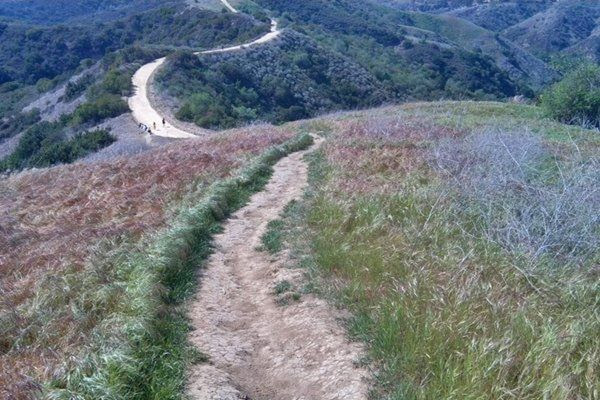 I'd like to direct your attention to Turnbull Canyon, a hiking trail in Whittier, California -- one of the great "haunted hikes" of my home state. It's a place where young people go "legend tripping" in search of shivers.

According to lore, an insane asylum once stood in this Canyon, somewhere behind a fence called “The Gates of Hell” -- the path to which is said to be paved with the skulls of unbaptized babied. Others speak of a “hanging tree,” occasionally festooned with a phantom cadaver in a noose. The hoariest legend holds that a cult of child-snatchers convened here during the Depression era, and that the spirits of the victims still loiter.

The absurdity of most of these rumors should be obvious. But the bodies of murder victims -- sometimes badly mutilated -- do tend to show up in these ravines. In 2011, for example, a 41 year-old woman named Claudia Tecuautzin was found shot in the head, and missing one arm.

The greatest mystery of Turnbull Canyon involves a massive tower called the Electrodome, erected in 1932 by a "mad scientist" named William Haight. He claimed that his device could take a clear sky and turn it into bursting rain clouds. According to the superb local historian John Garside, Josef Stalin himself took an interest in Haight’s work. Garside argues that a currently-operational Russian weather modification project called SURA may be the great-grandchild of the Electrodome. HAARP is the American counterpart to SURA.

Ridiculous? Before you judge, watch the well-produced, under-appreciated video embedded above. Food for thought.

(Wait. I can sense it. Instead of watching this video, my readers are jotting down their thoughts on Why Clintons Are Evil. Fair warning: Don't try to get your foot in the door. Not under any pretext, gawdammit. This post, this one small post, is going to be free of all that.)