Jeb! Bush has a new slogan: "Jeb will fix it." This sounds eerily similar to the slogan of the BBC's most notorious pedophile, Jimmy Saville, who had a show called "Jim'll Fix It." I like the comment found here:


Also announced, he’ll now be giving out Subway sandwiches and Jello pudding at every engagement.

Vote rigging in Turkey. Turkey had a election on Sunday.

(Don't yawn, Deborah. Mikey, stop fidgeting or I'll send you to the Principal's office. By the end of today's post, you'll see why this is important.)

The big winner was the Islamist AK party founded by the current President of Turkey, Recep! Tayyip Erdoğan, our partner in the war on terror (a.k.a. the war on Syria). The size of the victory was odd when you look at the polls going into the election -- polls which, it is said, were rigged in AK's favor.

Now we have substantive evidence that the vote itself was highly irregular...


According to reports circulating in the Turkish media, presiding ballot officers in some provinces -- including İstanbul and Ankara -- asked ballot officers to sign blank documents on election results that are supposed to be filled in following the vote count.

The opposition is concerned that the AK Party may attempt to do anything to come to power alone as it would otherwise be called to account before the law for allegations of widespread corruption and of shady dealings with radical Islamist groups in Syria.

Vehicles without a license plate were spotted, as was also the case on June 7, in a number of places around the country around the buildings where votes were cast.

In Turkey, cars without license plates are invariably cop cars. Photos of these highly suspicious vehicles have been showing up all over Turkish social media.

Suggested new slogan for Erdoğan: "Recep! will fix it."

Your FBI at work. It also turns out that the "Feebies" are training teachers to spy on Muslim students. Not only that: Fellow students are being asked to spy on Muslims.


The program, according to those who saw it at F.B.I. headquarters, called “Don’t Be a Puppet,” leads the viewer through a series of games and tips intended to teach how to identify someone who may be falling prey to radical extremists. With each successful answer, scissors cut a puppet’s string, until the puppet is free.

In the campaign against terrorists such as the Islamic State, law enforcement agencies have been stepping up efforts to identify those susceptible to recruitment.

Yup. And then they are recruited -- to fight in our proxy war against Assad. As I've noted many times, nobody ever seems to impede potential jihadis from traveling to the war zone in Syria.

Putin, Syria, and all that.
Adeyinka Makinde, a law professor in London (previously unknown to me) has written a fine essay on the demonization of Putin and the need for the great powers to work together to combat the threat of ISIS.


On the hand it is illuminating. The conclusion drawn by the objective observer is that the reluctance to create a unified and concerted effort against the Islamic State and other similar hued forces fighting against the Assad government is that the militants are serving the geo-strategic interests of the government of the United States.

Bingo. How else can one explain the fact that so many young jihadis -- guys who should be on every "no fly" list -- have been allowed to fly to the war zone?


The abject failure in building a viable opposition political movement and a ‘Free Syrian Army’ are palpable when the official yield of a $500 million dollar investment is a paltry five guerrillas.

That's $100 million per guerilla. Hell, for that kind of money, I'll join the freakin' FSA.

(Although I pride myself on my resistance to corruption, I do have a price: $100 million. No less. True, I'm no fighting man -- and after the check clears, I may bow out altogether. In other words, I'll act just like so many other "vetted" moderates.)


Experts such as Professor Stephen Cohen insist that there are no credible entities which can be referred to as ‘moderate rebels’; an appellation which has been subject to much derision. 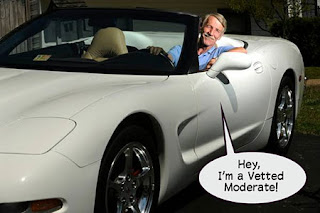 Makinde forgot to include the word "vetted." That's always worth a snort.


It needs to be reminded that it is the Assad government which has borne the brunt of fighting Islamist fanatics, and that his secular regime presents the only hope for maintaining a Syrian state which will protect religious minorities including Christians from an ominous fate under an Islamic State.

The many Christians in Syria support Assad, because they know how they will fare when ISIS/Al Qaeda take over. The fact that our mainstream media never likes to mention this important bit of information tells you much about the shoddy state of American journalism.


Claims by Washington that the Assad government lacks legitimacy are not credible given that he won an election in June of 2014. The United States, of course, in 1864 underwent an election during its own civil war when the electoral votes of eleven Southern states were not counted.

People went to the polls even in areas where they were under fire from the rebels. The 2014 election was declared "free, fair and transparent" by observers from more than thirty countries.

And yet: Our media almost never mentions the very existence of that vote.

Our media and our government denounce Assad as an illegitimate leader, even though he is every bit as legit as Abraham Lincoln was in 1864. Will the American government ever question the legitimacy of Erdoğan, who appears to have engineered the recent vote in Turkey? Of course not.

(Deborah, Mikey...NOW do you see why I was talking about Turkey earlier?)
posted: 7:02 AM