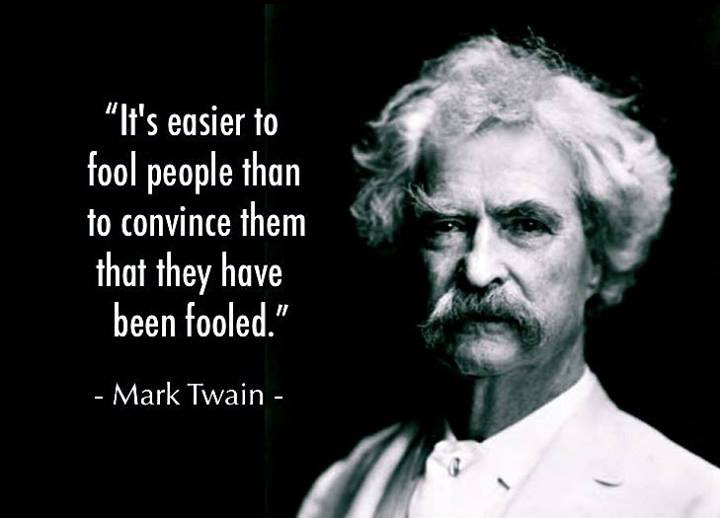 I promised a couple of days ago to offer my thoughts on the downing of Flight 9268 -- and so I will. Frankly, the story has become so huge that it's hard to get a handle on.

We must, however, take note of what's going on:


With the Pentagon now set to deploy US ground troops to Syria (and indeed they may already be there, operating near Latakia no less), Washington is reportedly bolstering the supply lines to “moderate” anti-regime forces at the urging of (guess who) the Saudis and Erdogan.

Incredibly, some of the weapons being passed out may be shoulder-fire man-portable air-defense systems, or Manpads, capable of hitting civilian aircraft.

But don’t worry, those will only be given to “select rebels.”


Who are these "select rebels"? They certainly aren't moderates, despite what you've been told. No such animals exist in that part of the world.

From the Wall Street Journal (behind a paywall, but quoted in the afore-linked piece):


In the past month of intensifying Russian airstrikes, the CIA and its partners have increased the flow of military supplies to rebels in northern Syria, including of U.S.-made TOW antitank missiles, these officials said. Those supplies will continue to increase in coming weeks, replenishing stocks depleted by the regime’s expanded military offensive.

An Obama administration official said the military pressure is needed to push Mr. Assad from power.

“Assad is not going to feel any pressure to make concessions if there is no viable opposition that has the capacity, through the support of its partners, to put pressure on his regime,” the official said.

In addition to the arms the U.S. has agreed to provide, Saudi and Turkish officials have renewed talks with their American counterparts about allowing limited supplies of shoulder-fire man-portable air-defense systems, or Manpads, to select rebels. Those weapons could help target regime aircraft, in particular those responsible for dropping barrel bombs, and could also help keep Russian air power at bay, the officials said.


Americans don’t know that sending Manpads into Syria and trying to establish a no-fly zone is what Al Qaeda leaders have been hoping for, and that ISIS and Al Qaeda will end up with all of the weapons which the U.S. sends to Syria.

The sticking point is not Assad. What the U.S. and Israel demand -- and what Russia won't allow -- is chaos in Syria. The neocons want to do to Syria what they did to Libya: Transform a functional, modern nation into a failed state.


Eric Draitser argues “it is increasingly likely” that Washington’s intent in Syria is to induce collapse and then partition the country. Read the whole of the interview here.

“The U.S. knows perfectly well that it cannot openly arm terrorists,” Draitser asserts, “so it must do so under the guise of a counter-terrorism operation such as this. “We’ve seen such a strategy play out in Libya, as well as Afghanistan, and there’s no reason to believe the U.S. wouldn’t do the same in Syria.”

Most Americans do not understand the depth of Washington's commitment to this mad strategy. They also don't understand that the major media -- including both the NYT and Fox News -- have engaged a conspiracy (there is no other word for it) to disinform the public.

At this point, the New York Times should rename itself The Judy Miller Report. Or maybe Der Bibi Beobachter.

Americans are continually told that Obama is aiding only the "moderate" Syrian rebels. Those moderates exist only in a series of fictional pseudonews stories that are every bit as fanciful as anything you'll find in the Marvel Cinematic Universe. In reality, we are aiding the Syrian branch of Al Qaeda -- yes, the very terrorists who attacked us on September 11, 2001.

And please note that the right wing news media refuses to complain about Obama's aid to Al Qaeda. They are part of this plot.

Why on earth does the consummately evil Victoria Nuland continue to hold power? She should be tried for war crimes and forced to spend the rest of her ghastly existence in a cell, just like Rudolf Hess. (Arguably, the criminality of Hess was less severe, since he had the excuse of insanity.)


Nuland remains infamous for orchestrating the coup against Ukraine’s sitting government, replacing it with Nazi-infested putchists - responsible for aggression against its own people and virtually every imaginable human rights abuse.

Her testimony was a litany of Big Lies, saying Assad “continues to barrel bomb its own citizens with impunity, perhaps even emboldened by Moscow’s help.”

Where is this madness leading? To war. War with Russia. WWIII.


Three congressional hearings Tuesday demonstrated this reality. In the morning, the Senate Armed Services Committee held a lengthy hearing on cyberwarfare. In the afternoon, a subcommittee of the House Armed Services Committee discussed the present size and deployment of the US fleet of aircraft carriers, while another subcommittee of the same panel discussed the modernization of US nuclear weapons.

None of the hearings discussed the broader implications of the US preparations for war, or what a major war between nuclear-armed powers would mean for the survival of the human race, and even of life on our planet. On the contrary, the hearings were examples of what might be called the routinization of World War III. A US war with China and/or Russia was taken as given, and the testimony of witnesses and questions from senators and representatives, Democrats and Republicans alike, concerned the best methods for prevailing in such a conflict.

Each of the hearings presumed a major US conflict with another great power (sometimes unnamed, sometimes explicitly designated as China or Russia) within a relatively short time frame, years rather than decades. The danger of terrorism, hyped incessantly for the purposes of stampeding public opinion, was downplayed and to some extent discounted. At one point in the Senate hearing on cyberwarfare, in response to a direct question from Democrat Jeanne Shaheen of New Hampshire, the panel witnesses all declared that their greatest concern was nation-states, not terrorists.

Contrary to the media portrayal of Washington as deeply divided between parties with intransigently opposed political outlooks, there was bipartisan agreement on this most fundamental of issues, the preparation of a new imperialist world war.

At last! An end to gridlock!

Even during World War II, there was less press control and more room for dispute. Our media has been sounding a consistent propaganda line: Putin wants war for the sake of war. Putin wants power and domination.

Why do they say this? Because Russia has committed the unpardonable sin of taking the fight to Al Qaeda -- our new pals -- and defending the elected leader of Syria. (The election that Assad won last year was far less questionable than were the two elections that put George W. Bush in the White House.) We are also supposed to despise Russia because Putin has held the line against the swastika-loving Ukrainian fascists brought to power by debauched and arrogant neocons like Victoria Nuland and Robert Kagan.

Our mainstream media is engaged in a type of propaganda best described as mirror imaging. On a daily basis, our evils and sins are projected onto the face of Vladimir Putin. We treat him as our version of the picture of Dorian Grey -- yet Putin is starting to look like the hero of our times.

Update: Is it really possible that ISIS has a BILLION DOLLARS' WORTH of Humvees? If that claim (made by Rand Paul -- who, like it or not, is in a position to know) has any validity, then you have to ask yourself: Is there any way that ISIS could get that kind of equipment against our wishes?

Paul also says that the CIA engineered the transfer of 15,000 shoulder-to-air missiles from Libyan stores to ISIS. Seymour Hersh said much the same thing.

You will notice that the mainstream media refuses to mention this claim -- not even to deny or debunk it. They aren't saying: "Oh, that's Rand Paul for you. He's just crazy." Instead, Paul's statements are kept tucked away in a small corner of the internet where, it is hoped, few will notice his words. The media doesn't want you even to think about all of this.

Who is CloudFlare? Check it out:

According to information provided by anti-terrorist hacker group GhostSec, close to 40 pro-ISIS websites are using the services of a Silicon Valley company called CloudFlare. CloudFlare is a content delivery network that provides services to speed up websites and render them virtually immune to distributed denial of service, or DDS, cyberattacks that can overload websites to bring them offline.

Among the sites, 34 are for spreading propaganda, 4 are terrorist forums, and 2 offer technical services. A brief perusal of the sites showed they heap praise on ISIS, promote terrorist attacks, and some are used as chatrooms for extremists.