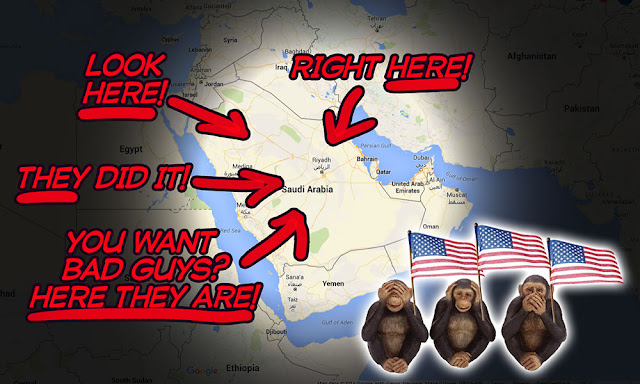 It's always weird, but it's seldom this weird.

The Texas gun controller. Texas state legislator Tony Dale, beloved of the NRA, says that we can't allow Syrian refugees into this country because it would be too easy for them to get guns. No matter where you stand on gun control, this shit is funny.


“While the Paris attackers used suicide vests and grenades,” Dale wrote, “it is clear that firearms also killed a large number of innocent victims. Can you imagine a scenario were a refugees is admitted to the United States, is provided with federal cash payments and other assistance, obtains a drivers license and purchases a weapon and executes an attack?”

"A scenario were a refugees" -- behold the Texas school system at work!

What I want to know, Tonykins, is how refugees in France -- socialist, God-hatin', gun-controllin' France -- got automatic weaponry and grenades? (And why am I the only one who keeps asking that question?)

By the way: 750,000 refugees (of one sort or another) have been resettled in the US since the World Trade Center attacks, and not a one of them has been involved in domestic terrorism. Granted, two Iraqi refugees were arrested for aiding Al Qaeda back home -- but according to David Petraeus, those guys are now supposed to be our pals. 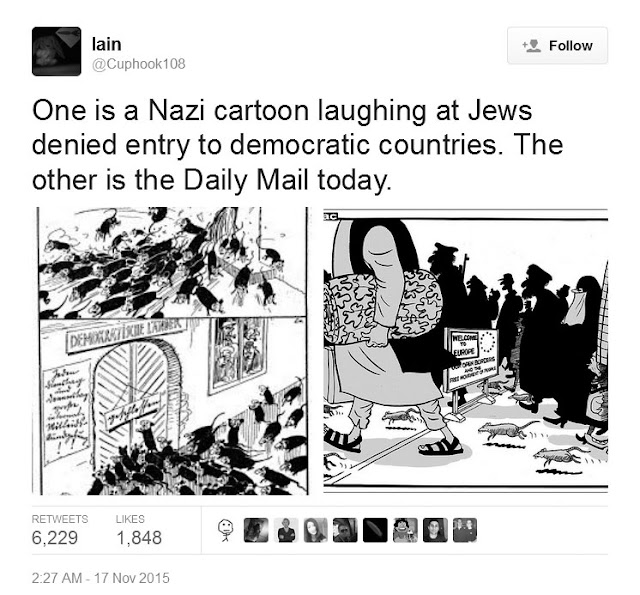 Josh Rogin says that the big winner of the Paris attacks was Bashar Assad. This is a very carefully-written, very weasel-worded piece, insofar as it speaks highly of the anti-Assad rebels without telling you that ISIS and Al Qaeda are fully in charge of the rebellion in Syria, and will certainly take power if Assad goes. Rogin's article is carefully designed to give ill-informed readers the impression that Assad was somehow behind the terror in France:


Secretary of State John Kerry said Saturday what most Syrian opposition figures say repeatedly to anyone who will listen: Assad is the magnet for the terrorists, and Syria will never be free from terror until Assad is out of power.

Kerry pointed out that over 300,000 have died in Syria, the vast majority at the hands of the Assad regime. He mentioned the barrel bombs, the torture of civilians in custody, the use of chemical weapons, all by Assad’s forces. Only if Assad steps aside can the world join together to fight against the Islamic State, he said.

Either Rogin or Kerry is lying here. Or both. This much is certain: Quite a few fibs have been packed into one tiny suitcase of a paragraph.

If you trace the claim that Assad caused "the vast majority" of Syrian civil war deaths, you'll find that the source is always some neocon group like WINEP. The atrocities against civilians are pretty much all committed by ISIS and al Qaeda. If Assad is killing lots and lots of ISIS and Al Qaeda warriors, I can only say "Bravo!": That's what he damned well ought to be doing, and we should be helping him do it. (Here's a fun research project: How many combatant deaths did Abraham Lincoln preside over during our civil war?)

It has now been established beyond reasonable argument that the rebels (Davie Petraeus' bestest buds) were the ones behind the chemical attacks.

The "proof" of Assad's torture comes from a dubious source code-named Ceasar, also known as Curveball II. (Besides, does the United States have any moral standing to talk about torture after what our CIA has done?)

Here's the truth about the barrel bombs.


Yet, it seems likely this clumsy, improvised weapon – supposedly dropped from helicopters – would be far less lethal than rocket-propelled bombs delivered from afar by jet planes or drones, the approach favored by the U.S. government and its “allies.”

Civilians would have a much better chance to seek safety in a bomb shelter before some “barrel bomb” is shoved out the door of a helicopter than when a sophisticated U.S.-made bomb arrives with little or no warning, as apparently happened to the victims of that wedding in Yemen.

And that is not to mention the U.S. bombs that involve depleted uranium, napalm, phosphorous and cluster munitions, which present other humanitarian concerns. However, while U.S.-assisted or U.S.-directed slaughters of civilians attract little attention in the mainstream U.S. media, there are endless denunciations of the Syrian government’s “barrel bombs.”

The propaganda drumbeat is such that the American people are told that they must support “regime change” in Syria even if it risks opening the gates of Damascus to a victory by the Islamic State and Al Qaeda terrorists.


Rogin, Kerry: I don't mean to seem impolite, but go fuck yourselves. Just a couple of goddamned hypocrites, both of you.

Destroying history. Remember how outraged you felt when you read about what ISIS is doing to precious historical sites in Syria? Why are you not similarly outraged to learn that we are doing the exact same thing in Yemen?

The Great Unspeakable Truth about terror. Why is it never permissible for anyone in this country to state the fact that our Saudi "friends" are the ones who funded ISIS and nurtured its creation?


In December 2009, Hillary Clinton noted in a confidential diplomatic memo that “donors in Saudi Arabia constitute the most significant source of funding to Sunni terrorist groups worldwide.” In October 2014, Joe Biden told students at Harvard’s Kennedy School that “the Saudis, the emirates, etc. … were so determined to take down [Syrian President Bashar al-] Assad and essentially have a proxy Sunni-Shia war … [that] they poured hundreds of millions of dollars and tens of thousands of tons of military weapons into anyone who would fight against Assad except the people who were being supplied were Al Nusra and Al Qaeda.”

Just last month, a New York Times editorial complained that Saudis, Qataris and Kuwaitis were continuing to funnel donations not only to Al Qaeda but to Islamic State as well.

Yet despite countless promises to shut down such funding, the spigots have remained wide open. The U.S. has not only acquiesced in such activities, moreover, but has actively participated in them. In June 2012, the Times wrote that the C.I.A. was working with the Muslim Brotherhood to channel Turkish, Saudi and Qatari-supplied arms to anti-Assad rebels.

Two months later, the Defense Intelligence Agency reported that Al Qaeda, Salafists and the Muslim Brotherhood dominated the Syrian rebel movement, that their goal was to establish a “Salafist principality in eastern Syria” where Islamic State’s caliphate is now located, and that this is “exactly what the supporting powers to the opposition” – i.e. the West, Gulf states, and Turkey – “want in order to isolate the Syrian regime.”

More recently, the Obama administration made no objection when the Saudis supplied Al Nusra, Al Qaeda’s official Syrian affiliate, with high-tech TOW missiles in support of its offensive in Syria’s northern Idlib province.


All quite true. Yet these facts are never allowed to enter into our national conversation on terrorism.
posted: 2:48 PM