There's a wonderful old Borscht Belt joke: "The food in that restaurant is impossible to eat. And such small portions...!"

One can rewrite that joke to describe Microsoft's latest operating system: "Windows 10 gives you no privacy whatsoever. And it's so hard to install!"

Yes, this new OS is hard to install on many systems: See here and here. I'm no Luddite, yet I had one hell of a time. I've never had a similar struggle with any previous version of Windows, and I built a fair number of systems back in the day. (The language setting was not the problem in my case.)

If you do get the thing installed -- and connected to the internet -- you may then find that your OS is nearly impossible to activate, even if you've done everything by the book. Windows 10 is one mass of conflicting drivers, since it tries to replace all the third-party drivers on your system (such as the ones for your graphics card and audio) with products of its own. In other words, Microsoft wants total control of every device.

Calling all trolls! Evidence suggests that Microsoft is gaming the debate in order to make their product seem better than it is. Some of the glowing reviews of Windows 10 published on tech-oriented sites have been written by people formerly or currently employed by Microsoft, or by paid hacks.

Of course, there are many laudatory comments from average users. Funny thing about that...


Seriously go to any Windows 10 articles on the tech sites, the astroturf is insane. C-Net, Slashdot, you are suddenly seeing accounts that haven't posted since the release of Windows 8 all coming to life and singing the praises and shooting down any and all doubters..coincidence? Bullshit its good old fashioned ham fisted astroturfing!

So when you see somebody trying to shoot down all complaints with Windows 10? Look at their history, do they only have a couple posts per year? Are they all "on message" focused on this or that corp (as some astroturfers are for hire) with little deviation? Then you may be dealing with an astroturfer.

When you graze beyond the astroturf, you'll find that many people are not so overjoyed with the W10 experience. 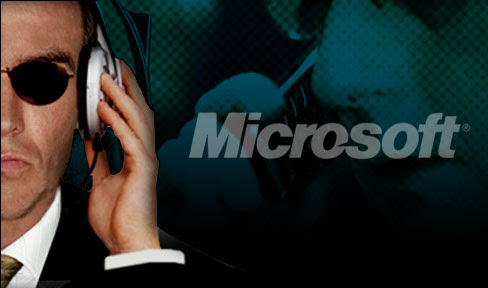 Be thou naked before me. The biggest problem with Windows 10 concerns privacy. This is the actual language from the end-user license agreement:


Finally, we will access, disclose and preserve personal data, including your content (such as the content of your emails, other private communications or files in private folders), when we have a good faith belief that doing so is necessary.

To which a Slate writer responds:


Some have spun conspiracy theories out of that language. I’m more inclined to blame vagueness and sloppiness, not ill intent.

I'm more inclined to blame a conspiracy, because there really is no other word for it. There is nothing vague or sloppy -- or theoretical -- about the language in that EULA.

If you use Windows 10, do not do anything political -- ever. Because if you do, and if the Powers That Be don't like what you are saying, Microsoft will have the right to search through your chats and emails for all derogatory information that can be used to blackmail you or discredit you. You gave Microsoft, a private company, the right to do such things when you signed that EULA. They are the ones determining when when it is "necessary" to spy on you, and they are not answerable to any court or public body.

When you install Windows 10, you will be directed to choose "Express settings" -- and if the OS has been pre-installed on a newly-purchased computer, you can be sure that the "express settings" options were baked in from the start. These settings insure that Microsoft gets hold of everything you do on your computer -- and if Microsoft has it, the NSA has it. 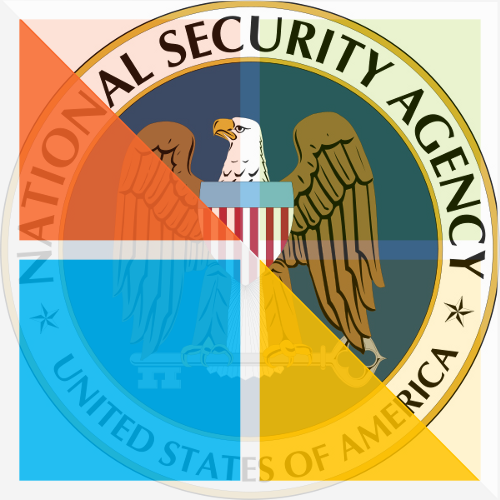 Or didn't you know that Microsoft and the NSA have been working hand-in-hand?

From a 2013 article in The Guardian titled "Microsoft handed the NSA access to encrypted messages":


The documents show that:

• Microsoft helped the NSA to circumvent its encryption to address concerns that the agency would be unable to intercept web chats on the new Outlook.com portal;

• The agency already had pre-encryption stage access to email on Outlook.com, including Hotmail;

• The company worked with the FBI this year to allow the NSA easier access via Prism to its cloud storage service SkyDrive, which now has more than 250 million users worldwide;

• Microsoft also worked with the FBI's Data Intercept Unit to "understand" potential issues with a feature in Outlook.com that allows users to create email aliases;

• In July last year, nine months after Microsoft bought Skype, the NSA boasted that a new capability had tripled the amount of Skype video calls being collected through Prism;

• Material collected through Prism is routinely shared with the FBI and CIA, with one NSA document describing the program as a "team sport".


"I'm listening." So why would anyone prefer Windows 10? Certainly not for the looks: Windows 7 is far more handsome -- subtler, more elegant, more human-friendly. During the brief period I used Windows 10, the stark white Explorer window put a hurt on my eyeballs.

The big draw seems to be Cortana, the Windows version of Siri. Cortana is the killer app -- perhaps in more ways than one.

Basically, if you enable Cortana, you are allowing Microsoft/NSA (two entities which should be considered "as one") to keep a hot mic in your home at all times. (If you search around, you'll find plenty of reports indicating that W10 laptops never completely shut down unless you yank out the battery.) Guess what?


We also advise you not to activate Cortana, Microsoft’s personal virtual assistant, but if you have already activated it here’s what you’ve allowed it to collect:

Your device location
Your email and text messages data
Your Calendar data
Apps you are using
Your contact list
Who’s calling you
With who you are in touch more often
Your alarm settings,
Your music on device
What you purchase
Your search history in case you’re using Bing search engine.


“To enable Cortana to provide personalized experiences and relevant suggestions, Microsoft collects and uses various types of data, such as your device location, data from your calendar, the apps you use, data from your emails and text messages, who you call, your contacts and how often you interact with them on your device.”

This is not it,


“Cortana also learns about you by collecting data about how you use your device and other Microsoft services, such as your music, alarm settings, whether the lock screen is on, what you view and purchase, your browsing and Bing search history, and more.”

Windows 10 can also use you for marketing and advertising purposes as it generates a unique advertising ID for users on every device which can be further used to serve commercial content.


This website is devoted to collecting articles about the collusion between Microsoft and the secret state; it is an excellent resource. Did you know that Microsoft and the NSA, working together, have discovered a way to turn your Skype calls into text in real time?

Worst of all: Microsoft won't let you activate Windows 10 without a Microsoft Live Account. There is a workaround, but it is difficult and most users won't use it.

Guess what? You can't get a Microsoft Live Account without divulging your cell phone number. I like the way this person phrases the problem (despite the questionable spelling and grammar)...


What the ***** is wrong with Microsoft these days? are they so far up the US governments buthole that you cant have an email address without a cell phone number??? i just logged into my newly created email account which worked fine yesterday now and it wont let me send emails before i verify and give them my cell phone details? They say this is to protect us but that is bull *****

If you ask Microsoft hacks why the company needs your phone number, you will hear the usual "security" boilerplate. The simple truth is, they are forcing you at bayonet point into Camp Orwell. All of this guff about "security" is nonsense: Yahoo, Gmail, Yandex and many other email providers do not require you to hand over your cell phone number.

You may argue that Windows 7 has security issues of its own. Perhaps, but the W7 EULA is more reasonable. With W7, you can install the OS without handing over your phone number, and you can use the system without having a hot mic plugged in at all times. Microsoft's attempts to steal your data have never before been so blatant.

Added note: Many people are reporting that Windows 10 has a built-in keylogger. See here and here and here and here. There is a way to disable the thing, but the process is not very easy. This article -- obviously written by one of those Microsoft flacks discussed above -- tries to convince you that the keylogger is not actually a keylogger. It also tries to convince you that the not-really-a-keylogger was included only in the "technical preview" and would not be included in the final edition of Windows 10.

Oh really? If you have the final release of W10, look here:


"When you input text, handwrite notes, or ink comments, we may collect samples of your input..."

"Many features that transmit data to Microsoft are enabled automatically. You will not have the option to turn off the transmission of data for certain features in the Program software and services. To stop the transmission of all data, you must completely uninstall the Program software and services from all of your devices. This may require you to reinstall your device’s operating system."