As regular readers know, I do not usually hold a high opinion of Alex Jones or of his associates. Even though Paul Craig Roberts is smarter than your average Jonesian, I question the reasoning displayed in his recent piece, which proclaims the innocence of accused Boston bomber Dzhokhar Tsarnaev -- who has, incidentally, admitted his guilt.

As it turns out, Dzokhar's aunt Maret Tsarnaeva is a lawyer in the Kyrgyz Republic. With the aid of an American attorney, she has filed an amicus curiae brief in her nephew's case. Thanks to that brief, a number of FBI documents have been made public -- documents which, according to Roberts, prove Dzokhar's innocence.


The documents argue that on the basis of the evidence provided by the FBI, there is no basis for the indictment of Dzhokhar Tsarnaev. The FBI’s evidence clearly concludes that the bomb was in a black knapsack, but the photographs used to establish Dzhokhar’s presence at the marathon show him with a white knapsack. Moreover, the knapsack lacks the heavy bulging appearance that a knapsack containing a bomb would have.

Let's take a closer look at this statement. These are among the photos which have been offered as evidence of Dzokhar's presence in the bombing area:

In the above photo, the boy outlined in blue was one of the victims. All sources agree that Dzokhar was wearing the white cap.

The photo below shows the post-explosion remains of the backpack.

Looks to me as though we are dealing with a backpack that is both white and black. I don't think that we can argue that the post-explosion backpack differs from the pre-explosion bag.


Together, these plainly show that Dzhokhar was not carrying a large, nylon, black backpack, including a white-rectangle marking at the top, and containing a heavy pressure- cooker bomb, shortly before explosions in Boston on April 15, 2013, as claimed by the FBI and as alleged in the indictment for both explosions. On the contrary, these photo exhibits show unmistakably that Dzhokhar was carrying over his right shoulder a primarily white backpack which was light in weight, and was not bulging or sagging as would have been evident if it contained a heavy pressure-cooker bomb. 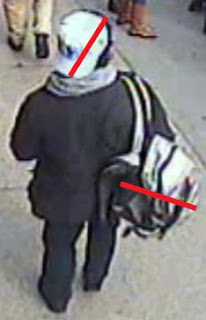 "Not bulging"? One need not be a professional photo analyst to see that the pack contains something with a girth substantially larger than the length of the baseball cap.

Amazon sells a standard cap that is 11 inches long. The FBI said that the bomb was constructed from a 6-quart Fagor pressure cooker, which is also an item sold by Amazon. According to the description, the cooker "Measures approximately 12 by 12 by 13 inches." 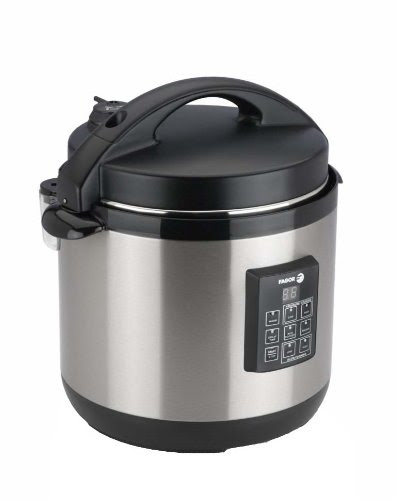 Roberts believes that the backpack would sag more noticeably if it contained this cooker, but I am not persuaded. I carry a backpack often -- especially when I have to carry home groceries. I doubt whether an outside observer could easily tell when my bag is filled with bread and eggs and when it is filled with canned goods. Backpack straps are not "stretchy": They look the same whether the burden is light or heavy.

I still suspect that we have not been told that full truth in this case: Oddities remain, and they deserve investigation. But our focus today is not on the case as a whole. Right now, we are looking at the argument presented by Paul Craig Roberts, which is hardly convincing.

His argument comes to this: An innocent Dzokhar was somehow convinced to visit the bombing site wearing a backback which contained something that was not a pressure cooker, even though it was the exact same 12"x12" size as a pressure cooker. Later, he would confess to being a bomber even though he really wasn't.

Seriously, does that scenario make sense to you?
posted: 8:36 AM