Jews in Israel -- the same ones who allegedly fear rocket fire (which took no casualties) -- are gathering on hillsides to cheer the bombing of innocent civilians in Gaza. It's a spectator sport, for these Israelis. They bring drinks and snacks. 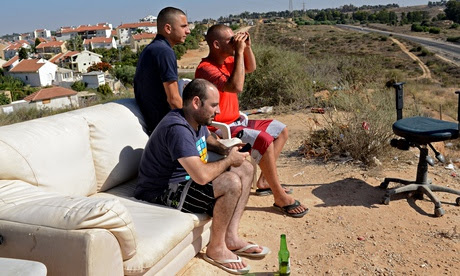 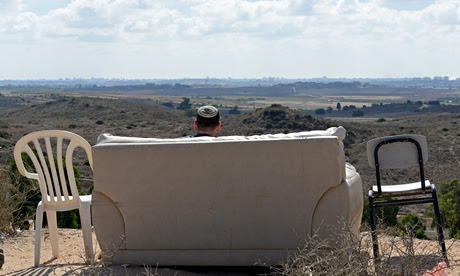 The thud of shellfire, flash of an explosion and pall of smoke are greeted with exclamations of approval. "What a beauty," says one appreciative spectator.

Shimrit Peretz, 19, has come with her off-duty soldier boyfriend, Raz Sason, whose army-issue assault rifle is slung across his shoulders.

"We come to look at the bombing," Peretz says, adding that this is their fourth visit to the hilltop. They plan to stay several hours: "It's interesting." The pair have brought a backpack filled with bottles of water and bags of crisps.

Peretz says that she doesn't worry about the Palestinian civilians caught in the bombing...


On Facebook, writing in Hebrew, the Israelis have segued into full-blown psychosis:


Many Israeli Facebook users have posted violent and disturbing content on their personal accounts. Talya Shilok Edry, who has more than one thousand followers, posted the following “status”: “What an orgasm to see the Israeli Defense Forces bomb buildings in Gaza with children and families at the same time. Boom boom.”

Writing about the murdered sixteen-year-old Muhammad Abu Khudair, who was kidnapped and burned alive by Israeli youth, she stated: “Sweet settlers, next time you kidnap an Arab boy, call me and let me torture him!! Why do you get to have all the fun?”

That, my friends, is how Israeli Jews talk when they think gentiles aren't watching. David Sheen has found that the most overtly genocidal sentiments have come from young Jewish women.


"From the bottom of my heart, I wish for Arabs to be torched"

"In the end there will be no more Arabs, God willing"

"I spit on you, you stinking Arabs"

"Arabs may you be paralyzed & die with great suffering!"

That's what Israeli Jews really want. Dismiss everything they say to placate Americans. We uncover their true character when we learn what they say to each other.

And here's what's happening to the innocent victims. Warning: These photos are not easy to see. 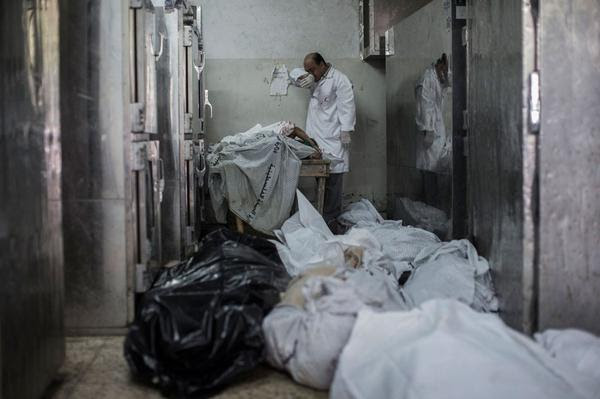 Each of those bags contains the body of a child. The doctor is weeping. 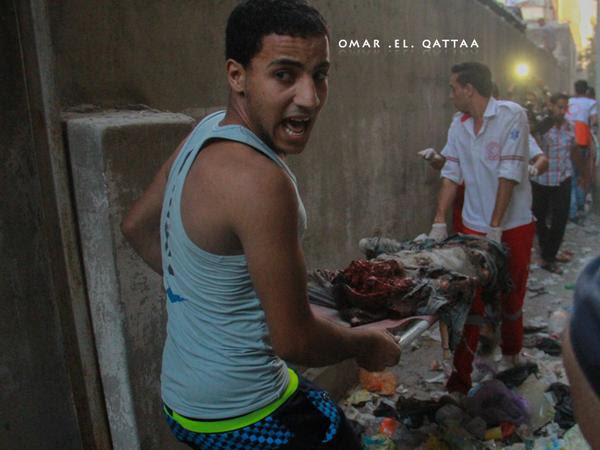 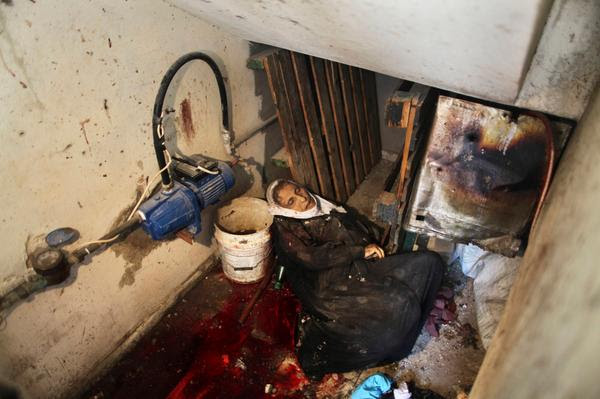 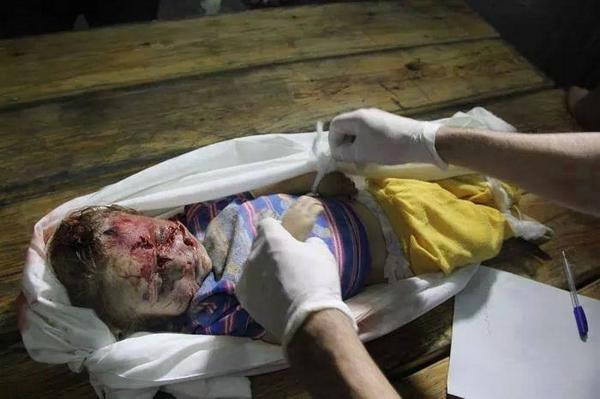 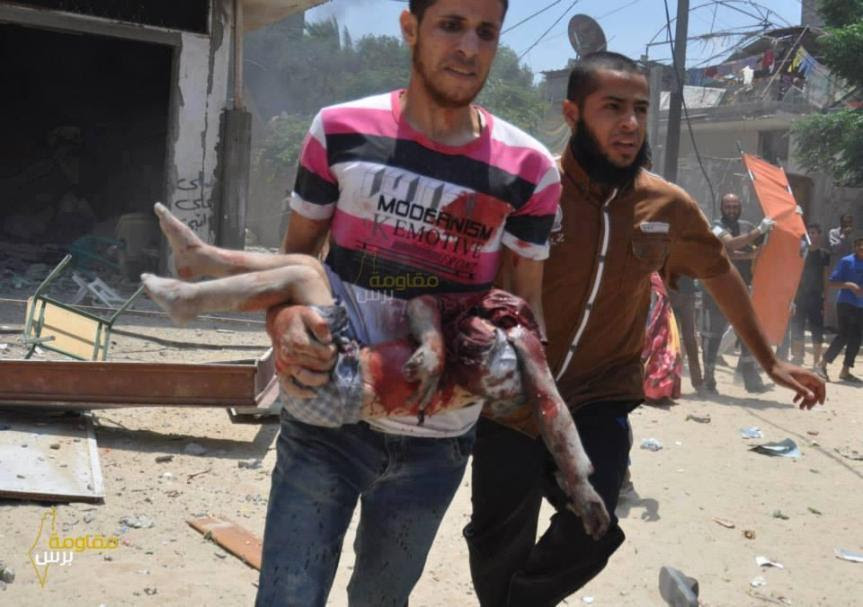 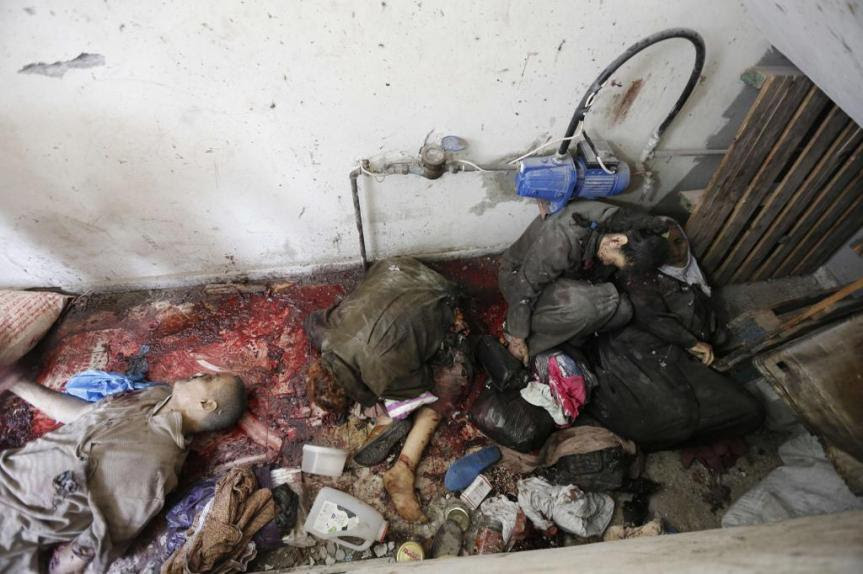 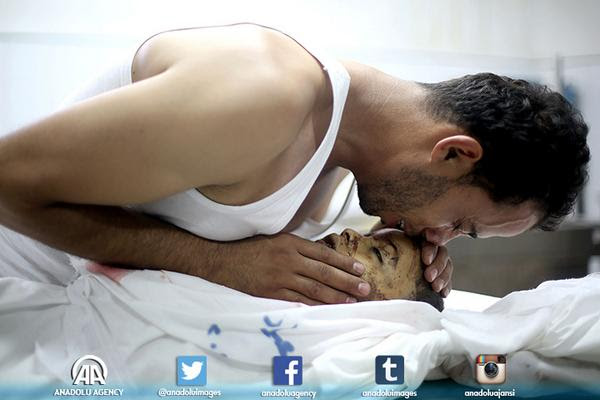 The fiends who applaud what Israel is doing are so caught up in their own depravity and pride that they've lost sight of how their vile words will affect normal people. By all means, let us give platforms and bullhorns to these monsters. Let them speak. Their own callous words will awaken the world's conscience and bring a much-deserved end to a racist state built on stolen land.

That's why I'm glad that Benjamin Netanyahu isn't censoring himself. He has gone so far around the bend as to allow himself to say these words on CNN:


They want to pile up as many civilian dead as they can. They use telegenically dead Palestinians for their cause. They want the more dead, the better.

Glenn Greenwald (who found an exactly similar Nazi statement claiming that Jews were deliberately exploiting their own victimhood) notes that the very point of this assault on Gaza is to create as many "telegenically dead" civilians as possible.


Even stalwart Israel supporter Thomas Friedman has previously acknowledged that Israeli assaults on Lebanon, and possibly in Gaza, are intended ”to inflict substantial property damage and collateral casualties” because “the only long-term source of deterrence was to exact enough pain on the civilians” (which, to the extent it exists, is the classic definition of “terrorism”).

In other words: Netanyahu deliberately murders babies, then he claims that the dead babies are a Palestinian ploy.

Nothing you or I can say will bring an end to Israel nearly so effectively as letting Israel's scorn-riddled, self-righteous defenders speak for themselves. These people have lost both their humanity and their reason, and they no longer know or care when their own words hurt their cause. Decades of religious brainwashing has created a generation of insane haters who can no longer hide their madness, even when doing so would give them a tactical advantage. At this point, they can offer no more than the curled lip, the flared nostrils, the furled brow, the muttered I don't give a fuck what you think.

The arrogance of these genocidal racists has segued into psychosis.

Let the racists have their say. Let them alienate and repel everyone else in the world. Let them bring about their own destruction. Study history: The arrogant always fall -- and the cause of that fall is always, always their own arrogance.
posted: 2:35 PM