Ray Moore is the Chief Justice of the Alabama Supreme Court. He recently said something so stupid as to make the very concept of stupidity seem stupid. This man has achieved PARASTUPID -- a form of stupidity so profound, so concentrated, so hypnotic as to be indistinguishable from the Beatific Vision.

That which is merely stupid may be annoying or amusing, depending on your mood. But PARASTUPID is something more. PARASTUPID is holy. 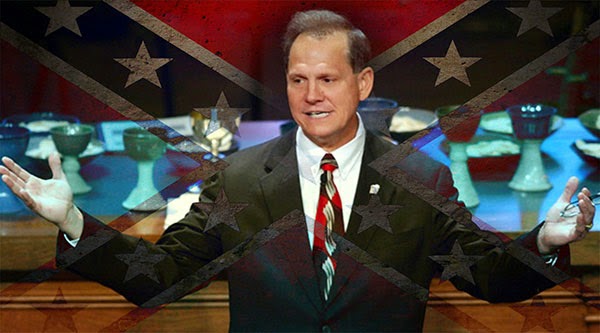 Speaking at the Pastor for Life Luncheon, which was sponsored by Pro-Life Mississippi, Chief Justice Roy Moore of the Alabama Supreme Court declared that the First Amendment only applies to Christians because “Buddha didn’t create us, Mohammed didn’t create us, it was the God of the Holy Scriptures” who created us.

“They didn’t bring the Koran over on the pilgrim ship,” he continued. “Let’s get real, let’s go back and learn our history. Let’s stop playing games.”

“Now,” he continued, “if technology’s supposed to increase our knowledge, how did we become so stupid?”

Well said, Ray. You have indeed made me quite curious about that very question. Please share your secret. How did you and those like you become so stupid?

Speaking of Alabama, here's a photo of a college student in that state. Repeat: She's in college. (That is, she attends an institution which the state of Alabama wittily calls a "college.") 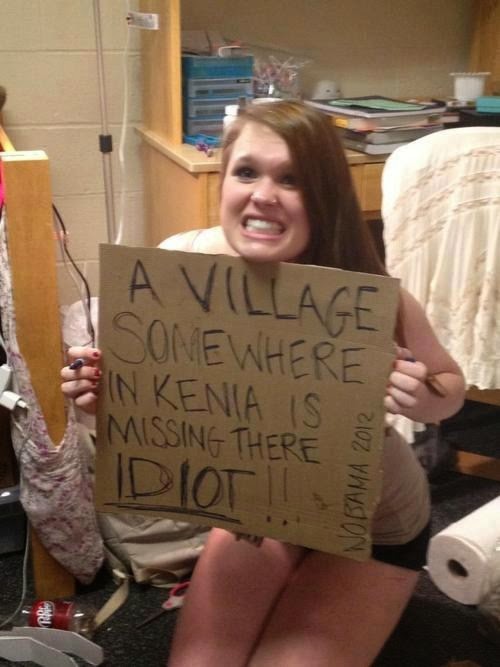 This young woman's facial expression indicates that she is attempting to disgorge a titanium-hard deuce with very sharp edges. But why is she doing so in the middle of her dorm room? The answer is obvious. She's from Alabama.
posted: 1:40 AM