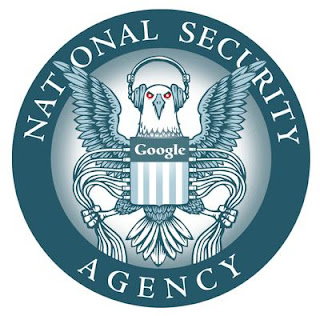 Will Obama cave -- again? Less than a day after Obama issued an official veto threat on CISPA, there are ominous signs of deal-making. This bill is a shit popsickle, and it won't be any more palatable if it has 20% less shit in it, or if the shit receives a Dove bar coating.

Near as I can tell, the proposed amendments don't address the serious problems posed by this legislation. Go here and here if you want to know why CISPA is, and always will be, unacceptable.

(Just to complicate matters, there are two other cyber-bills in the offing. One is sponsored by John McCain and the other by Joe Lieberman and Susan Collins, Republican of Maine. We'll have to talk about those bills later.)

Meanwhile, Republicans are defending CISPA on the absurd grounds that it is needed to combat -- get this! -- intellectual theft and counterfeiting from China.

No, really. These clowns want you to believe that that's the reason why we need to pass a law which would make Google and Facebook partners with the NSA.

Google knows everything about you -- and soon they'll be giving that data to the NSA routinely, without a warrant. CISPA means goodbye to warrants. Goodbye to privacy.

What's up, CDT? The Center for Democracy and Technology was a key part of the anti-CISPA effort. Suddenly, just as the anti-CISPA online drive had gathered roughly three-quarters of a million signatures, the CDT changed its tune.


CDT appears to have inked a deal with the House Intelligence committee not to criticize CISPA -- in exchange for a commitment from Rogers to offer amendments that, while improving the bill, would not go nearly as far as the ACLU and other coalition members wanted.

Hours later, the CDT did yet another about-face. Now they oppose CISPA again.


This episode will likely solidify CDT's reputation in Washington as an unusual breed of advocacy group: one that is viewed as a civil liberties organization, even though nearly half of its revenue...comes from companies in the technology, telecommunications, and data broker industries.

CDT frequently adopts positions that tend to benefit its funders.

As we shall see, this law is all about money. Datamining is the new gold rush. 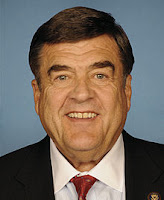 Meet Dutch. The Bill's co-sponsor is House intel chair Dutch Ruppersberger, a Democrat who represents Baltimore County. He is -- egads! -- my congressman.

Allow me to digress.

The intelligence community usually never lets anyone head the oversight committee unless....hm. How did LBJ so quaintly put it? "Ah don't trust a man unless ah got his pecker in my pocket." Yes. I think it was something like that.

I don't know whose pocket contains Representative Ruppersberger's pecker, but I do know that good old Dutch was one of the few guys allowed to see the photos of Bin Laden's dead body. That photo was snapped just before the military dumped said body in the ocean, in accordance with the Conspiracy Theorist Full Employment Act of 2004.

Allow me to digress a bit more. I promise to bring this back to CISPA.

As you know if you read this blog (though you may not know these things if you get your news from the teevee), the Defense Department recently created its own version of the CIA operations division, called the DCS -- Department of Clandestine Services. Nobody has seen fit to explain to the American people why yet another American spook shop is needed. The Powers That Be simply declared: "IT SHALL COME TO PASS AND THOU SHALT PAY FOR IT."

Here's what good old Dutch had to say about DCS...


"It's not as involved with what we do at Fort Meade," said Ruppersberger, who has been briefed on the service. 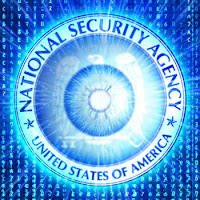 When Dutch says "Fort Meade," he refers, by metonymy, to the NSA, which is in his district. So when Dutch speaks of the NSA's activities as "what we do" instead of "what they do," he may be acknowledging a fact of geography. Or perhaps -- just perhaps -- he considers the NSA to be his true employer.

In other words, Fort Meade is the place providing the pocket in which the pecker is put, as LBJ (in an alliterative mood) might have put it.

Yes, I know. That's a terribly paranoid thing to say. But these are paranoid times. And CISPA is a paranoia-inducing bill.

It is very telling that the NSA's congressman is the guy who is trying to force CISPA upon us. We should, however, be quick to note that most of the support for this bill is coming from Republicans and most of the opponents are Democrats -- so please spare me the Standard Issue "Both Parties Are The Same" speech.

Let us also quickly note that Ron Paul is a strong opponent of CISPA. I can't stand Paul, but on this issue, he fights alongside the angels.

The role of money. As noted earlier, there's big money behind the effort to foist CISPA upon us. Aside from Facebook (duh), the two biggest companies behind CISPA are both NSA contractors: Computer Sciences Corporation and SAIC.


Other current NSA data-mining contractors are lobbying to pass CISPA. Northrop Grumman has at least 10 registered lobbyists promoting the bill. Lockheed Martin has a comparable number of lobbyists doing the same.

Bottom line. Here's what the ACLU has to say about CISPA:


In the name of cybersecurity, the legislation threatens to blow a hole through every privacy law on the books and allow companies to share customers' private information with the US military. It's not pretty.

Think for a minute about all the things in your life that are kept on computers, but you would like to keep private. How about your medical records? Your banking and financial records? What about your education or library records? How about the things you bought on Amazon last year? Or those love letters you emailed? Or the political opinions you share with close friends? Do you think the bureaucrats and spies at the National Security Agency have any right to gather that information on you, when you've done absolutely nothing wrong? What if we tell you that once the NSA has the information, it can keep it forever, share it with whomever it deems necessary, and that no court will be able to look over the NSA's shoulder and keep it in check? 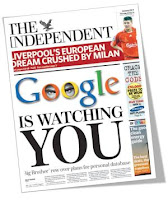 Here's how CISPA's scheme might work: imagine you are emailing your doctor from your Gmail account about a medical condition. Your doctor pulls up your medical records from his cloud storage server and sends them your way. Somewhere in that communication, a virus crops up. Under CISPA, Google could send your emails, including the electronic copy of your medical records, to the NSA, so they can gather information on the virus. But, Google would be under no obligation whatsoever to scrub out your private details — which have nothing to do with the virus. And now your medical records are in government hands indefinitely — and the government can use them for all sorts of unrelated purposes like the undefined "national security."

Here is Tim Berners-Lee, who helped to create the internet as we know it, on the efforts of governments to control the internet:


Berners-Lee said: "The idea that we should routinely record information about people is obviously very dangerous. It means that there will be information around which could be stolen, which can be acquired through corrupt officials or corrupt operators, and [could be] used, for example, to blackmail people in the government or people in the military. We open ourselves out, if we store this information, to it being abused."

Berners-Lee has been an outspoken defender of the "open internet", warning in 2010 that web freedom was under threat from the rise of social network "silos" such as Facebook, "closed world" apps such as those released by Apple, and governments' attempts to monitor people's online behaviour.

Fortunately, there is a growing movement to stop Facebook (which backs CISPA) from becoming the de facto "new internet." Umenow is a new social networking platform that respects privacy. 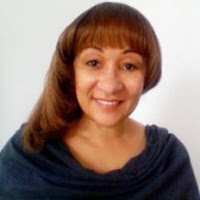 It's run by a woman named  Evelyn Castillo-Bach, known to many as Privacy Mom -- and she has made a strong statement against CISPA:


"It's important for leaders and experts in technology and communication to stand up and be counted in recognizing that CISPA represents a false solution to a real problem. We should be highly concerned by reports that some companies are meeting behind closed doors with politicians to hammer through some version of CISPA and other laws like it that circumvent our privacy rights as Americans," stated Evelyn Castillo-Bach, CEO and founder of UmeNow, the super-private network that has banned all tracking, including tagging and face recognition technology -- and has also banned all third party apps and games because they are often used to extract private information without consent.

And here's what she says on the Umenow site:


If this bill passes, our lives as we know it will change irrevocably. We will enter a new era: The 'cyber police state' will be led by giant tech and communication companies, legalized or deputized to conduct surveillance and interception of our communication, reporting back to the government. We won't have the right to be notified, or the right to sue if wrongfully targeted.

CISPA legalizes a cyber coup against Americans and our constitution. CISPA empowers companies to do what government cannot -- kill the 4th Amendment.

The 4th Amendment, from which most of our privacy rights are derived, does not apply to companies, only to state and federal government. In CISPA, government lawyers who crafted the bill lure companies into becoming spies and cyber informants by promising to shield them from legal liability and law suits -- while simultaneously telling the public that the law is needed to protect the general population and tech companies from cyber attacks launched by global bad actors.


Listen to your Privacy Mom, boys and girls!
posted: 6:57 AM