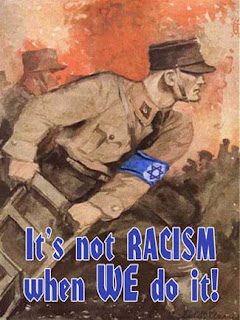 10. When you approach a city to wage war against it, you shall propose peace to it.

11. And it will be, if it responds to you with peace, and it opens up to you, then it will be, [that] all the people found therein shall become tributary to you, and they shall serve you.

12. But if it does not make peace with you, and it wages war against you, you shall besiege it,

13. and the Lord, your God, will deliver it into your hands, and you shall strike all its males with the edge of the sword.

14. However, the women, the children, and the livestock, and all that is in the city, all its spoils you shall take for yourself, and you shall eat the spoils of your enemies, which the Lord, your God, has given you.

15. Thus you shall do to all the cities that are very far from you, which are not of the cities of these nations.

16. However, of these peoples' cities, which the Lord, your God, gives you as an inheritance, you shall not allow any soul to live.

17. Rather, you shall utterly destroy them: The Hittites, and the Amorites, the Canaanites, and the Perizzites, the Hivvites, and the Jebusites, as the Lord, your God, has commanded you.

10 And Joshua turned back at that time, and took Hazor, and smote the king thereof with the sword: for Hazor beforetime was the head of all those kingdoms.

11 And they smote all the souls that were therein with the edge of the sword, utterly destroying them; there was none left that breathed; and he burnt Hazor with fire.

12 And all the cities of those kings, and all the kings of them, did Joshua take, and he smote them with the edge of the sword, and utterly destroyed them; as Moses the servant of the LORD commanded.

13 But as for the cities that stood on their mounds, Israel burned none of them, save Hazor only--that did Joshua burn.

14 And all the spoil of these cities, and the cattle, the children of Israel took for a prey unto themselves; but every man they smote with the edge of the sword, until they had destroyed them, neither left they any that breathed.

As you read, keep in mind that this story is about land theft, pure and simple. The Lord is here the ultimate fall guy, the original Nuremburg excuse: "Hey, we didn't want to commit genocide; we were only following orders."

Even so, this narrative remains relevant to current debates over the Israeli/Palestinian question, because -- when the proverbial push comes to the proverbial shove -- Israel's apologists point to the Old Testament when they insist that a Jewish state must exist there and nowhere else. Few would contemplate any suggestion to purchase an equal-sized chunk of real estate in a fertile region of Africa, South America, Canada, or wherever. As several wags have noted, David Ben Gurion did not believe in God -- yet he believed that God gave Israel to the Jews.

One of my critics cast aspersions on the Koran as a "racist" book. In my youth, I tried to read (or at least sample) all the scriptures considered sacred -- the Analects of Confucius, the Upanishads, the Gita, various Mahayana texts, the Old and New Testaments. I must confess that I did not get very far into the Koran -- which is reportedly much more impressive in the original. Is that book racist? I don't know. All I can honestly say is that I found it dull.

(For some reason, I never even tried to read the Tao. My bad.)

In my explorations, I have never found any other "sacred" text dripping with the inexcusable bloodlust and hate one can find in the Old Testament. My sympathies now lie with the Gnostics, who considered much of that book evil. (Incidentally, Gnosticism originated within the Jewish community in Alexandria, a group no-one can call anti-Semitic.) Any Jews who want to insult the Islamic holy book should feel free to do so -- but they would make a more persuasive case if their own "sacred" work were not so indefensible.

No Jew ever had a right to the land now called Israel. Not Solomon, not David, not Jesus, not Ariel Sharon. None of them. Of course, as I always quickly admit, I have no particular right to park my capacious hindquarters on land that belongs to the Chumash.
posted: 12:35 AM