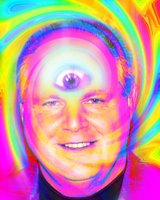 No doubt you have already heard about the instantly-infamous Limbaugh incident. (If you're not up to speed, scroll down or glance at the Buzzflash headline to your right.) The use of viagra -- which may or may not have been legally prescribed -- indicates that the Republican party's chief propagandist traveled to the Dominican Republic intending to have sex.

The question is: What kind of sex?

This report on the epidemic of child prostitution in the Dominican Republic may be roughly ten years old, but the situation remains unchanged:

Though there is, and has always been, some local demand for child prostitutes, it is tourism that has fuelled the rapid growth of this market for children bodies.

(Emphasis added.) Tourist bureaus in Germany and America tout this country to single men as the "New Thailand." Yes, the beaches are nice -- but it's the sex industry which makes this nation a popular travel destination. While adult female prostitutes from the Dominican Republic often end up in Europe, Europeans and Americans visit the island in search of adult male sex workers (called “Sankie Pankies”) and child prostitutes of both sexes, as this report indicates:

Trafficking and sexual exploitation of children also was a problem, particularly in popular tourist destinations. Poor adolescent girls and boys sometimes were enticed into performing sexual acts by the promise of food or clothing. 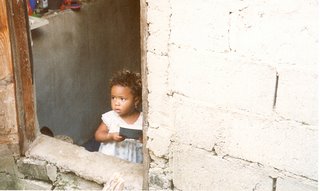 What kind of vacationer would use a desperate child in this way? Obviously, the customers must believe that poor people exist only to serve, and that wealthy white males possess a divine right to have their every debauched whim gratified.

You must come to your own conclusions as to whether Rush Limbaugh fits this profile.

This paragraph from a recent news release puts the Limbaugh incident in an interesting light:

Yesterday officers from the Dominican Republic National Police led a raid that resulted in the rescue of 24 children who were being sold for commercial sexual exploitation. The youngest victim rescued is believed to be seven years old. In addition, fiveperpetrators were arrested for trafficking related offenses.

Let’s return to the afore-cited 1996 report, which offers some interesting insights into the sort of wealthy American who travels to this country in search of underaged prostitutes:

To Mr Jones, the Dominican Republic is a wonderful place because it makes him feel young. 'I'm an old guy, I'm 65', he said, 'but young girls still make up to me. That keeps you young'. He then explained that these girls are not really prostitutes. 'They have to do it for the money, because most of them have been left in the lurch with kiddies' but they are very different from North American and European prostitutes, because they actually enjoy the sex:

"They like doing it. They're very affectionate, they like a kiss and a cuddle, it's not, you know, business and straight down to one thing. And they like it, you can tell they do, they get really excited. Dominicans love sex."

It sounds as though Mr. Jones is simply rehearsing the usual self-serving sex tourist script which revolves around the idea that the woman is not really a prostitute and so he himself is not really a client. However, for Mr. Jones, this is part of a narrative which permits him to sexually exploit children as well as older teenagers and adult women. He continues:

"Sex is a natural thing here. Everyone's at it, fathers do it with their daughters, brothers do it with their sisters, they don't care. They'll do it with anyone, they do it with everyone, they don't care who it is or how old they are. They're like animals. That's the only way I can explain it to you. hey're like dogs or cats or roosters. Have you seen roosters, the way in the farmyard the way they carry on? Just hop on top of any chicken they see. That's what it's like here. By the time a girl is 10 years old, she's had more experience than, well, an American woman or an Irish woman won't never have that much experience in her whole life... Girls learn it's the way to keep a man happy. It's natural to them, it's a natural way to please men."


Liberal blog commentators, naturally enough, found a few laughs in the image of Rush Limbaugh as a man with erectile dysfunction -- but those (including myself) who have made such jokes may have missed the important point. For a man of Limbaugh's age and apparent physical condition, occasional impotence is normal. What wealthy American tourists do in the Dominican Republic is anything but.

Don't let the drug possession allegations divert you from the deeper story.
posted: 4:54 AM