This has happened before. The Wall Street Journal confirms a point that has been strongly hinted at in earlier reports: The quid pro quo offer was first made while Poroshenko was the president of Ukraine -- and the fun couple who made the offer were Lev Parnas and Igor Fruman.

Never forget that Parnas works for Dmitry Firtash, a crook close to Putin. Yet he was also apparently speaking on Trump's behalf as he offered a U.S. state visit to a foreign leader (for a price).

Ukrianegate proves Russiagate. The plot to frame Ukraine (and the Dems) while absolving Russia is itself Russian in origin.


The meeting reportedly took place in the offices of then-General Prosecutor Yuriy Lutsenko. Fruman and Parnas had traveled to Warsaw earlier in the month with Giuliani, where they met with the country’s top prosecutor.

Lutsenko went on to be the main source for a series of articles by John Solomon that laid the foundation for a host of baseless claims that Giuliani and President Trump have demanded Kyiv to investigate.

We've known for a while now that Solomon was bad news. I didn't realize how bad until quite recently. Now go here:


One of Giuliani’s new lawyers, Robert Costello, said Giuliani didn’t know about the meeting in question.

Oh, come off it! Parnas and Giuliani have been pals for a while now. They went to Israel together. Well before the Parnas/Poroshenko meting, Giuliani became the godfather to Parnas' son. Parnas arranged a half-million buck payment to Giuliani. Giuliani is Trump's lawyer/bestie.

Obviously, if Poroshenko had said "yes" to this deal, Parnas would have passed the information on to Giuliani, who would have relayed it to Trump. I mean, there's no other conclusion to reach. Parnas' own lawyer (previously Trump's lawyer) said that Parnas' actions were covered by executive privilege.

The Stone trial. Bannon's testimony was odd and frustrating. On one hand, he tied the campaign directly to the outreach to Assange; on the other hand, he minimized the importance of Wikileaks. His insistence that he testified under protest seemed both strident and unconvincing.

Michael Wolff's book Siege -- sorry to keep referencing it, but it really does offer insight into Bannon -- may give us the answer. Despite all, Bannon really does think that Trump may invite him back to the White House -- or perhaps will ask him to repeat his campaign role.

John Bolton keeps signalling that he wants to testify, that he has Big News to deliver, yet he also keeps snarling "Make me."


According to Cooper’s letter, which he provided to HuffPost, Bolton “was personally involved in many of the events, meetings, and conversations about which [lawmakers] have already received testimony, as well as many relevant meetings and conversations that have not yet been discussed in the testimonies thus far.”


Bolton did not show up Thursday for his deposition by lawmakers in the impeachment inquiry. He is one of several current and former Trump administration officials who have failed to appear for their closed-door depositions.

Bolton “stands ready” to testify if courts resolve the “conflicting demands of the Legislative and Executive Branches,” Cooper said in the letter.

He's no longer a part of the Executive Branch. He could testify if he wanted to.


House Democrats complained that Mr. Bolton was stiff-arming them even though other national security officials have complied with subpoenas or requests for testimony, but the lawmakers have withdrawn a subpoena for Mr. Kupperman and indicated they would not seek one for Mr. Bolton because they said they did not want to get dragged into lengthy court proceedings. Instead, Democrats have suggested that they may cite the refusal to testify by Mr. Bolton and Mr. Kupperman as evidence of obstruction of Congress by the president, which could form its own article of impeachment.

In representing Mr. Bolton and Mr. Kupperman, Mr. Cooper denied that they were trying to delay proceedings and insisted that their legal position was not coordinated with the White House. Mr. Cooper argued that if the House was serious about an inquiry, then Mr. Bolton would be a logical person to question.

This doesn't make sense. Bolton is acting like a woman in a low-cut dress and fishnet stockings who keeps telling her date that she's taken a vow of chastity. 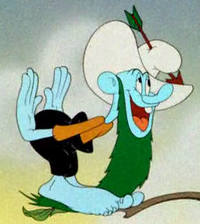 Remember Sibel Edmonds? She was another Sloppy Moe. They get on your nerves after a while.

And finally, this message from Marcy: Don't get cocky, and don't forget that we're about the receive a bullshit barrage from Barr and John Durham (about whom I'd still like to know more).

With all the super reporting on what the Ukrainian grifters were doing, we still don't know what Ukrainian "volunteers" have spoken with John Durham, and how closely Bill Barr was micromanaging that.


I'm scared of what's about to hit. Many others seem unconcerned. But I refuse to underestimate Barr's deviousness and malevolence.
posted: 12:54 AM