Thom Hartmann asks why the media refused to cover Hillary Clinton's important health care speech. I'm asking why we hear nothing about this from our allegedly progressive media. Even on MSNBC, Hillary may speak only if she is talking about emails or the Clinton Foundation. First rule of politics: If you're defending, you're losing.

Example: Over on Talking Points Memo, it's all Trump all the time. Josh doesn't give Agent Orange positive coverage, of course -- nevertheless, the TPM audience always knows when The Donald will give his next speech. Hillary? Nah. Who cares about what she has to say?

Before you say it: Yes, I'm guilty too. 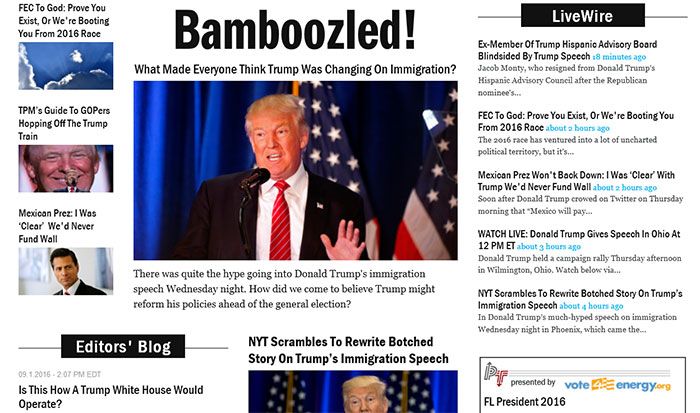