From a thread on Democratic Underground, we learn of two tweets from Susan Sarandon, who -- like all brainwashed BernieBots -- is now spewing hate at Elizabeth Warren.

Is this meant to be ironic after you just endorsed Clinton???

Elizabeth Warren @SenWarren
Government should be accountable to the people, not Wall Street lobbyists, deep-pocketed donors, and secretive Super PACs.

Beautiful cashmere collection, Italian-made @FalconeriTweet in Taormina. Thank you! So generous and fun. 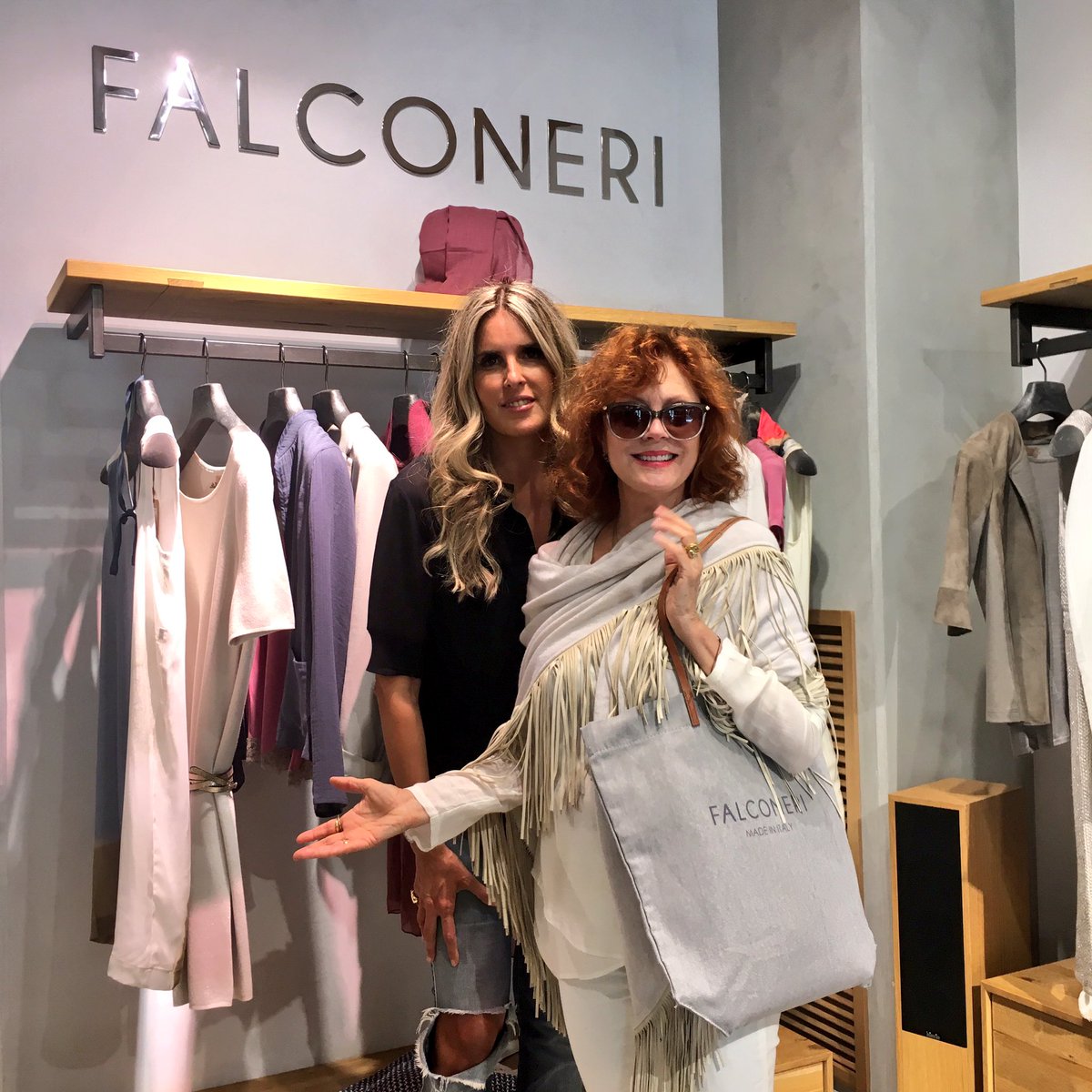 I've been poor most of my life. Like hell I'm going to accept lectures on income inequality from the likes of her. Did you know that Sarandon owns three homes in New York City?

(My bête noire Roger Stone and I have one thing in common: Like him, I have not bought clothing retail in many years. And lemme tell ya -- the thrift stores out here on the east coast are much better than the ones in California.)

Sarandon, you will recall, stumped for Nader back in 2000, on the grounds that Gore was an unendurable corporatist. None of the purist progs who hated Gore back then can now recall why they hated him so fervently. Since a vote for Nader was a vote for Dubya -- as was obvious at the time to anyone with a functional brain -- Sarandon bears a certain measure of direct responsibility for the Iraq war.

Here she is on the Young Turks, telling one and all that Trump is preferable to Clinton:


On Thursday, the 69-year-old actress told The Young Turks that Clinton is scarier because, unlike Trump, she knows what Clinton’s foreign policy is and she feels it’s not good for this country.

Trump is backed by Sheldon Adelson. He counts Walid Phares (the butcher of Lebanon) and the ultra-right-wing Joseph Schmitz among his closest advisers. Trump's best friend over the course of many years is Roger Stone, who has worked on behalf of the bloodiest dictators in history. Trump is praised wildly by the Likud press in Israel. He has referred to the Palestinian leadership as a branch of ISIS. He wants to scuttle the agreement with Iran -- and has made pretty clear that he wants war with Iran. (War would give Trump an excuse institute a dictatorial powers here at home.)

Ignore Trump's words: We all know that Trump says whatever he thinks his audience wants to hear. Look at his crowd. Trump's history and associations tell us all.

The association that means the most to me is the one she tried to keep secret. Hillary set up that private email server primarily as a way of communicating with two people: 1. Tyler Drumheller, the hero who was kicked out of the CIA because he exposed Bush's fraudulent evidence against Iraq, and 2. Sidney Blumenthal, the father of the world's most effective advocate for Palestinian justice. The emails make clear that Sidney proudly sent Max Blumenthal's books to Hillary and her staff -- and that they read those works.

Hillary links to Drumheller and Blumenthal. Trump links to Stone and Adelson.

Clinton did a lot of things as Secretary of State that I did not like, but -- as I have come to understand while reading HRC (and yes, I know I should have gotten around to that book ages ago), policy really was set by Obama, whom I did not support in 2008.

It is true that she voted for the authorization of military force 2002 -- as did most other congressfolk at the time. Yet we speak of Hillary as though she bears sole responsibility, a fact which says much about the power of misogyny and much more about the power of Clinton Derangement Syndrome. (Some dimwit progs would have you believe that she forced W to go to war.) Everyone forgets that the measure was extremely popular and that she voted the way her constituents wanted her to vote; we have made Hillary Clinton into the scapegoat for our collective sin.

She later expressed regret for that vote -- and when she and Obama served in the Senate, her record was somewhat to the left of his when it came to the war.

Has Susan Sarandon ever expressed regret for supporting Dubya in 2000? Remember: At the time it was crystal clear that a vote for Nader was a vote for Bush.