Pursuant to a research project unrelated to this blog, I looked into the history of a small park in Detroit called Perrien Park. Here is what it looked like in 1961: 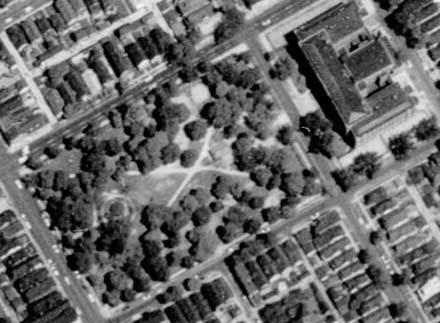 Here is what the surrounding neighborhood looks like now: 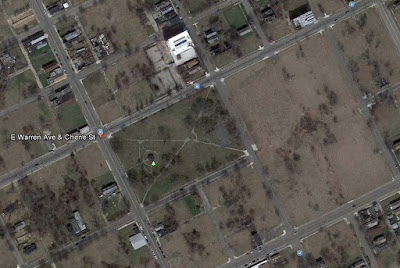 That kind of sums up the story of America since the Kennedy administration, does it not?

Now let's head out to California, home state of that infamous ecological disaster known as the Salton Sea. There are -- or were -- two islands in the southern part of this sea: Red Island (previously known for its swinging nightlife) and Mullet Island. Here's an image from 2002: 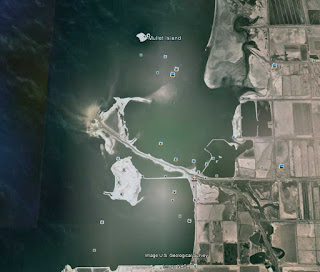 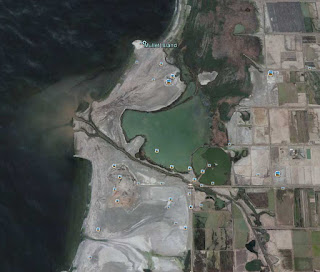 The islands are no longer islands. The lake is drying -- which is worse news than you might think.


The lake has become so toxic, experts fear that if it completely dries out it would send a highly toxic cloud of dust towards southern California.


...if the Salton Sea continues its course of increased salinity and concentration of nutrients and chemicals, while simultaneously decreasing elevation, it will lead to a major health threat to a large California populace. This health threat can literally loom in the air that we breathe if the Salton Sea is allowed to dry up. The “toxic cloud” is not a fable.

Google Earth can be scarier than any creepypasta. By the way, there are a few brave members of the Salton Sea demimonde who still live in trailers located on what used to be Red Island.
posted: 2:16 AM