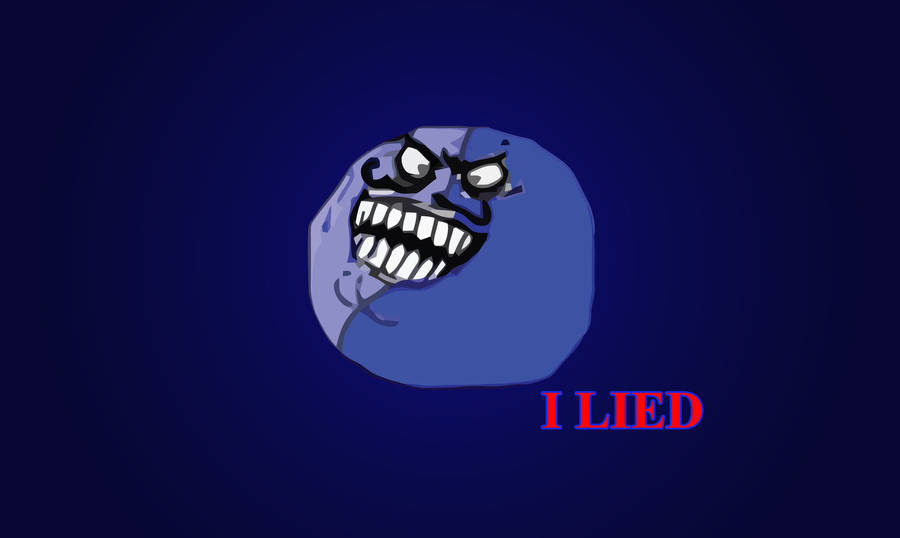 You can find many examples of this phenomenon, but the most flagrant might be this offering from Alex Jones' Infowars.

There was a time when AJ pretended to be above and beyond traditional right/left distinctions, but now he is firmly established as a functionary of the Republican party. Basically, he is the RNC's ambassador to the craziest suburb of Crazytown. Of course, if you call him a Party animal, Jones will deny the charge. But what of it? His websites provide all the evidence one could ever desire.

Let's take a closer look at this particular article. The headline is lovely:


“While we still do not know the shooter’s motive, what is clear is that Planned Parenthood has been the subject of vicious and unsubstantiated statements attacking an organization that provides critical health care for millions of Americans. I strongly support Planned Parenthood and the work it is doing and hope people realize that bitter rhetoric can have unintended consequences,” Sanders said in a statement.

According to the Alex Jonesians, Sanders' perfectly reasonable words "demonstrate the faulty logic and shameless opportunism of liberals."

You want an example of opportunism? Just a few inches away from the photo of Sanders on that page, one can find an ad for an Infowars-brand health supplement called Super Male Vitality, an herbal concoction which promises to turn any man into a combination of The Incredible Hulk and John Holmes -- all for the low, low price of $44.99. 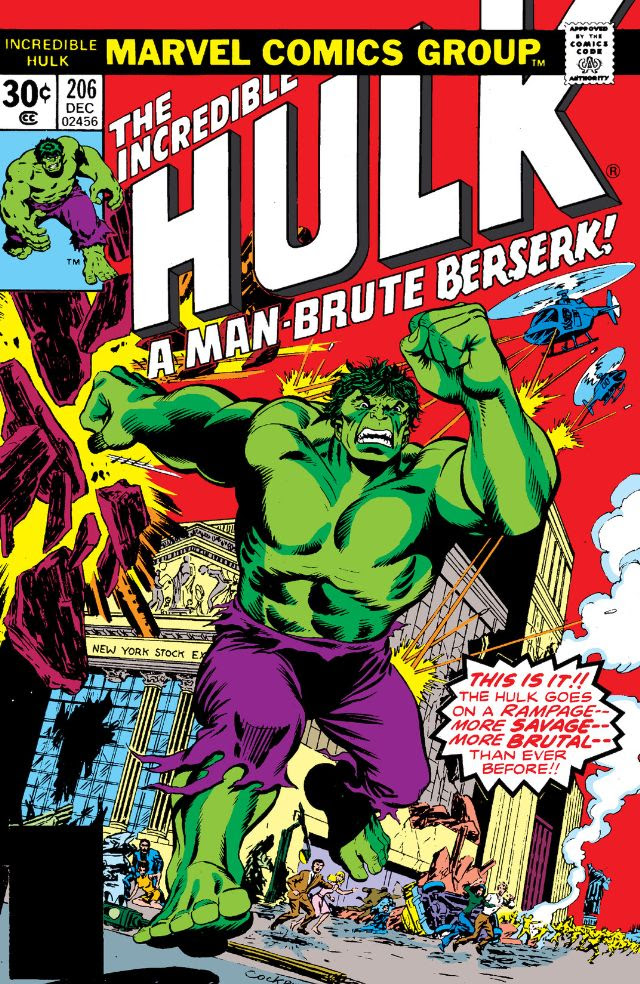 Super Male Vitality is specifically designed to assist the body in regulating proper balance to create superior vitality in males, and has been used by Alex Jones in order to maximize vitality when working up to 12 hours a day or more in the fight for freedom.

"When I spoke to Dr. Edward Group about formulating a male vitality formula, I was excited about the idea of what it could do for me. Folks, let me tell you, this product works so well for me that I actually had to stop taking it before I go on air or else I would want to do hours and hours of overdrive with complete focus on the topics at hand...."

This is all very droll, but let us now return to the Infowars article about the left's horrifying response to the Planned Parenthood shooting.

Remember: The Jonesians scored Sanders for faulty logic. So it is fair to ask: What sort of "logic" is displayed by Infowars in the following passage?


Meanwhile the leftists over at Daily Kos want to “bomb white terrorist strongholds in US” in response to the shooting. Daily Kos does not indicate where these “strongholds” are or who the “white terrorists” might be. In hysterical knee-jerk fashion, they pander to the racist hatred espoused by the Black Lives Matter crowd because it conforms to the Marxist classist nonsense they support.

Did anyone at Kos actually say that? Because if nobody at Kos has actually asked for the dropping of bombs, then we must conclude that this Infowars writer possesses a logic quotient somewhere in the neighborhood of Screwy Squirrel. Kos ain't exactly my favorite website -- as many of you know, I stopped linking to the Kossacks back in 2008 -- but I could not believe that any writer there would call for bombing whites (or anyone else) in the U.S.

And yet our Jonesian friend insists that he has evidence that this very sentiment has appeared on Kos. Here it is:


When will GOP demand we bomb white terrorist strongholds in US, spy on churches & ID white men?

That's the headline of a story by David Harris Gershon, a writer for Tikkun (not a publication normally associated with calls to bomb white Americans). His piece was republished on Daily Kos. Here's the relevant text:


Within the past week alone, as GOP leaders have tried to convince Americans to fear Muslims, radicalized white men bearing assault rifles and wearing masks stalked a mosque in Texas, white supremacists shot and injured Black Lives Matter protesters in Minnesota, and now a white terrorist has shot up a Planned Parenthood in Colorado, murdering three.

And yet, barely a word of condemnation has been uttered by conservative leaders about these developments. Instead, we’ve seen Donald Trump suggest Muslims wear ID badges. We’ve seen Marco Rubio suggest all locations where radicalized Muslim-Americans gather, including cafes and diners, be closed. We’ve seen Jeb Bush, justifying his view that the US should only accept Christian refugees from Syria, say that “there are no Christian terrorists in the Middle East.”

Perhaps that’s because a majority of these Christian terrorists are housed here, in the US, and in ‘Western’ democracies around the world. And it’s these very terrorists GOP leaders are inciting to violence as they pander to racists and religious extremists within the Republican base.

However, now that white terrorism is striking at the heart of America, will GOP leaders call for the US to bomb white terrorist ‘strongholds’ in Colorado, close churches where white terrorists are radicalized, spy upon white communities or force white men to wear special ID badges?

No, for to do so would not only be anti-American, but an admission that a portion of the GOP base is the most dangerous element in American society.


Nobody at Kos has advocated dropping bombs. Gershon's obvious intent is to illustrate the double standard of the anti-Islamic right, which advocates oppressing an entire group for the sins of a few -- except in the case of pale-skinned Christians.

The Alex Jonesians have become such fevered rage-junkies that they can no longer understand the plain meaning of any text. And yet they speak of logic.

Now let's examine some of the comments inspired by the Infowars story on the Planned Parenthood shooting. Let us sample the "logic" displayed by the kind of people who turn to Alex Jones for information:

(The author of this fragrant text calls himself Bruno Max. That'd be a good name for the bad guy's brainless henchman in, say, an episode of Daredevil.)


60 million innocent, defenseless little infants butchered in and just out of the womb at Planned Abortionhood slaughter mills since 1973 and these demonic democ-rat pieces of sh!t have the audacity to label this madman shooting an act of domestic terrorism???? Who are the terrorists again?

Anyone can do any evil no matter what or who they are. But you liberals and atheists Have mastered evil and murder.

I was on VigilantCitizen the other day and it was said that these mass shooters are usually mentally ill to began with and the government brainwashes them similar to MKUltra to carry out there plans. I believe in MKUltra so it's definitely possible to me.

I dare you to read that last one out loud three times without giggling. I dare you. 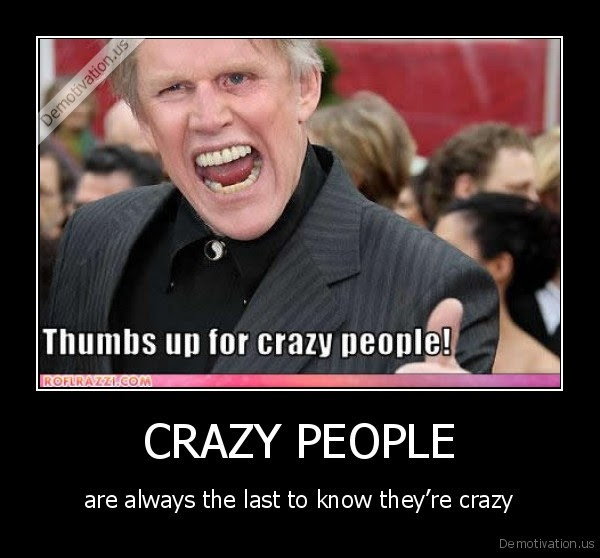 when have they ever blamed it on the libtards? There may be some, but I seriously can't remember a time when that happened.

You right the poor white guy was just was just trying to rob the bank owned by Jews .. Because he can not get a job due to the fact that all the jobs are given to immigrants or blacks thanks to affirmative action ... Therefore he was forced to steal to feed his precious white family but the Jews who owned the media will make him look like an evil terrorist white guy just because he tried to rob their bank

Crawl into your grave already you nasty little progressive baby boomer troll. You're so happy with yourself and your godly mouse powers. Shows an immense amount of homosexuality within you. 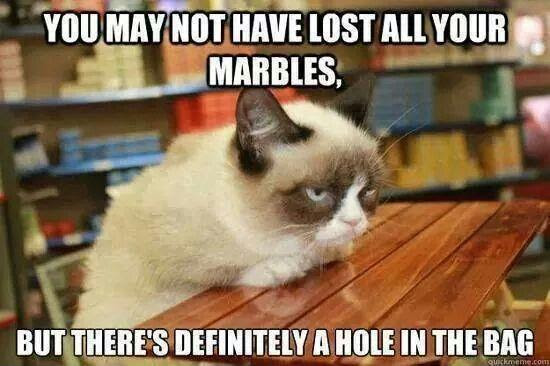 This phrase bewildered me, so I looked it up. The phrase "Molon labe" is Greek for "come and get it" -- as in, I dare you to try to take my beloved guns. The words were first uttered by King Leonidas of Sparta, though not in reference to guns. I'm still not sure about the etymology of "fuker," but I suspect that this term does not have classical roots.

When trump gets elected things will change you'll see


"Mass shooters" killed hundreds of people in the Twentieth Century ...

Governments killed 262,000,000 of their own people and in ever case they disarmed them first.

This is all going to plan, veterans are the new terrorists. They put this guy there to create the narrative to attack right wing gun owners. The is obviously a manufactured attack by the political establishment.

The left has good reason to fear vets. We're the only ones with training besides their hand picked revenue enforcement.

Wow. I'm often considered to be somewhere on the left. Apparently, I have hand-picked some of those revenue enforcers which have been bothering you so much. And I didn't even know it!


The US Military would attack and destroy 97% or more of American judges, politicans, and government administrators if the USA army had virture. Soon, God !estroys your filthy armies as He destroys your Satanic Government and people.

You'll love the way this one is punctuated:

The author calls himself Howling Mad. Perhaps he should rename himself "HOWLING, . . . "Mad,?"" At any rate, I must concede his expertise on the topic of STUPID.


Their is no such thing as right wing terrorist. That's a contradiction. How can a conservative or Christian be a terrorist? Because their not really a Christian or conservative if they are doing these awful acts. Also this was a crazy mentally ill man he does not represent conservative,Christian or even republican views. Where as liberals and atheists have no moral fiber and have nothing collectively that teaches these acts are wrong. The almost 60 million babies died collectively by u liberals is way worse than what some random crazy individual does. The Islamic terrorists you liberals support who are destroying countries like Syria is far worse than what one crazy mentally ill man does.

It's the left wing libs like yourself that are the new sickness out there.. you probably knew him didn't ya.. he's your dad isn't he

Are you starting to get the impression that some of AJ's readers have been popping way too many of those Super Male Vitality pills?

Remember: We are supposed to believe that the "fukers" who read Alex Jones are not guilty of "faulty logic" -- while Bernie Sanders is.

As Spock would say: Fascinating.