Where we would we be without Rick Perry, the nation's most hilarious governor? His state party has endorsed "reparative therapy" to cure homosexuality. Defending this platform, Perry said something both revelatory and (partially) correct:


"Whether or not you feel compelled to follow a particular lifestyle or not, you have the ability to decide not to do that," Perry said. "I may have the genetic coding that I'm inclined to be an alcoholic, but I have the desire not to do that, and I look at the homosexual issue the same way." 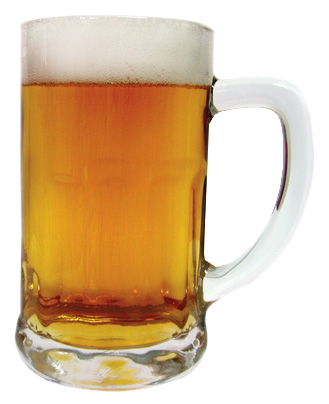 A lot of people are angry that Perry compared homosexuality to alcoholism, but -- as I've often pointed out -- if you look up the meaning of the word "compare" in the dictionary, you'll discover that you can compare anything to anything else. Yes, you can compare apples and oranges. You can also compare Godzilla to the square root of Pi.

To that degree, I have no problem with his statement.

This "inclined to be alcoholic" admission is surprising. Back in 2011, many accused him of debating while under the influence, a suggestion he denied. Now we have reason to suspect that this denial was false.

Perry's main point concerns the individual's ability to override his or her basic genetic programming. Frankly, he's not wrong.

Last winter, while visiting the art store near MICA, I saw a spectacular dark-haired beauty -- and as a result of four million years of evolution, I felt the momentary twinge of a genetically-coded impulse to take her right there in the aisle, next to the Liquin and Dammar varnish. Every male, every day, receives similar impulses, however fleeting or absurd they may be.

But we don't act upon those thoughts. If we could not control ourselves, civilization would end.

On the other hand, civilization is hardly endangered by two consenting adults doing whatever they care to do in private. Once we understand that basic fact, Perry's argument disintegrates.

Similarly, both heterosexuals and homosexuals have to squelch their genetic coding when they join certain religious orders -- Catholic, Orthodox, Buddhist, even Hindu. You may have a problem with the restrictions imposed by those orders, but I don't. As long as no-one holds a gun to anyone's head, a personal choice is none of my business.

That's the point Perry misses. What people do or do not do with their wee-wees is a purely personal decision, even if they end up doing something which other people find silly or repugnant. All that matters are the key concepts of consent, adulthood, and privacy. Why on earth would any sane person modify his or or private activities simply to please the governor of Texas?
posted: 9:48 AM