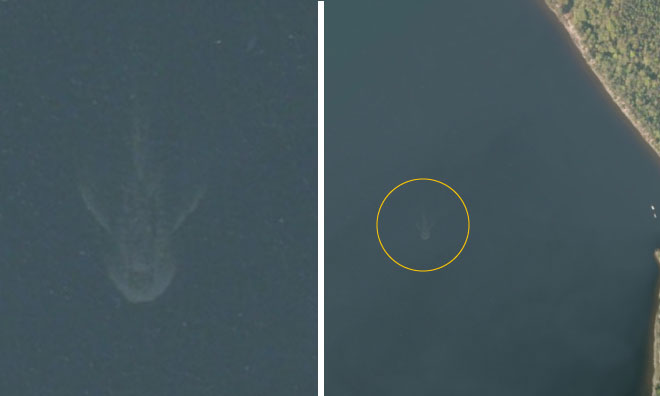 Apparently, someone found Nessie -- or at least her wake -- via Apple Maps. I'm not convinced, but I have to admit that this image really is kind of cool.

It looks like something just below the surface is leaving a wake -- and it's a really BIG something.

A few years back, there was a similar flurry of excitement over an alleged Nessie sighting via Google Earth. That one was more easily explained as a boat... 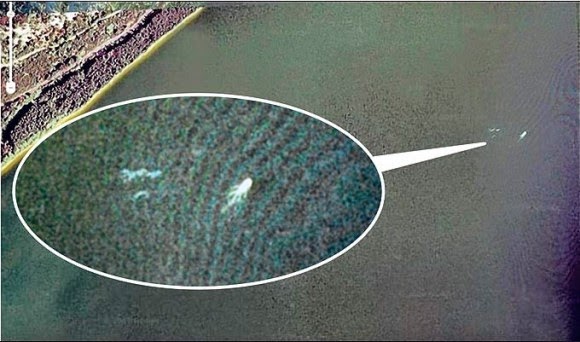 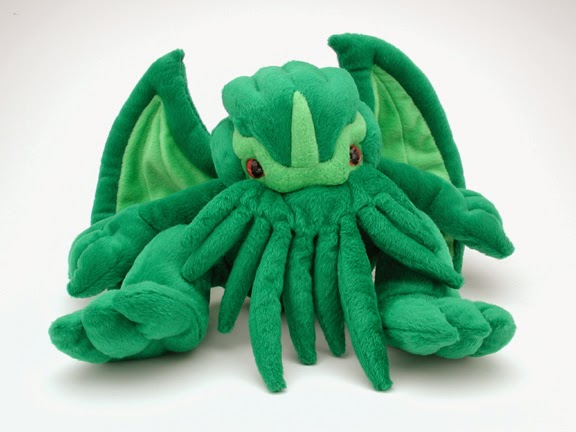 Yes. I've always wanted to share the word of Cthulhu on Easter Sunday...

Update: A friend to this blog directs our attention to this article, which tries to convince us that what we're seeing is just another boat wake. Bah! Obviously, Cthulhu's minions are everywhere.