You know what's really cute? CNN managed to compile an entire article on the Stratfor documents obtained by Wikileaks without once mentioning Israel. That's like writing a biography of Hermann Melville without mentioning Moby Dick. 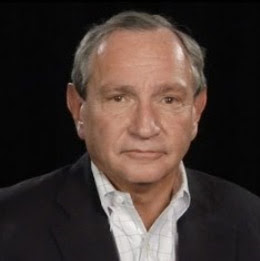 Stratfor is the private intelligence firm founded by George Friedman of Texas, whose Wikipedia bio is here. (In another Melville-without-Moby moment, the bio doesn't come right out and state that Friedman was recruited by American intelligence, although clearly he was.) I followed Stratfor for a while after 9/11, and quickly concluded that the group was, if not exactly a Mossad front, closely aligned to Israeli interests. The recent leaks have revealed a more complex relationship.

My only previous post to reference Stratfor noted their claim that Israeli intelligence had found out about the 7/7 bomb attack in the U.K. days before the event. The only people who tried to dispute the claim held Israeli passports. We still don't know how that information was obtained, or whether the advance warning was relayed to the British authorities. If not -- why not?

Although we're drifting away from the leaks, this 2001 statement from Friedman on the subject of Osama Bin Laden now seems rather amusing:

"If we kill him, his corpse should be displayed and photographed like Che Guevara's was so that no legends develop that he remains live and well roaming the mountains of Afghanistan like some latter-day Saladin..."

Now let's get back to the topic at hand.

On the night before Christmas last year, the group of mystery hackers known as Anonymous broke into the Stratfor cyber-vaults. Just like the Grinch, they scooped up everything they could find -- and Wikileaks is now gleefully passing out the goodies to all the Whos down in Whoville. CNN, of course, doesn't mention the role played by Anonymous. (Those CNN writers have a real talent for "Mellville-without-Moby" journalism.)

Also see this, from the Forward:

In one of the hacked emails, Stratfor officials discuss information obtained from one of their sources who reports that Israeli commandos, in cooperation with Kurdish fighters, have destroyed Iranian nuclear installations.

In one of the emails from November 2011, Startfor officials discuss the explosion at an Iranian missile base near Tehran and quote a source who “was asked what he thought of reports that the Israelis were preparing a military offensive against Iran. Response: I think this is a diversion. The Israelis already destroyed all the Iranian nuclear infrastructure on the ground weeks ago.”

This is, obviously, no small matter. If Iran's nuclear infrastructure was crippled, then why has anti-Iran bellicosity dominated the Republican debates? Why the worldwide escalation of warmongering rhetoric?

One of the "liberated" emails offers this answer:

The current 'let's bomb Iran' campaign was ordered by the EU leaders to divert the public attention from their at home financial problems."

Hmm. I'm not sure if that scenario makes much sense: War jitters raise oil prices, and more expensive energy causes further financial strain. On the other hand, if you're in the oil business, those same war jitters might prove welcome.

We need to verify whether those commando raids in Iran actually took place. In the meantime, here are a few other nuggets from the Stratfor pile:

1. Taking control. Stratfor had developed an Israeli source who was relaying information about the health of Hugo Chavez. In an email, Friedman discusses how to handle a source:

"[Y]ou have to take control of him. Control means financial, sexual or psychological control... "

Lovely attitude, eh wot? The source, I suspect, is someone who works with Chavez' doctor. Chavez may want to check into that.

2. Goldman. Stratfor was working hand-in-hand with Goldman Sachs on an outrageous -- and probably illegal -- scheme. This is the scandal which may force Friedman's resignation.

The emails show that in 2009 then-Goldman Sachs Managing Director Shea Morenz and Stratfor CEO George Friedman hatched an idea to "utilise the intelligence" it was pulling in from its insider network to start up a captive strategic investment fund.

To be honest, I'm not sure what a "captive strategic investment fund" is. When you Google the term, nearly all of the links go to articles and blog posts quoting this same email. We know this much: This particular fund -- called StratCap -- is simply a way of turning intelligence into profit.

Let us stand back and take in the full majesty of the landscape. As revealed in point 1 above, Stratfor's spooks use sexual blackmail and psychological pressure to generate intelligence. Then Friedman uses the intelligence he has gathered to make big bucks for himself and Goldman Sachs.

In brief: The leaks portray Goldman Sachs as a worldwide shakedown operation.

"What StratCap will do is use our Stratfor’s intelligence and analysis to trade in a range of geopolitical instruments, particularly government bonds, currencies and the like".

3. Who's really in charge here? Why is the U.S. helping Goldman and Friedman? The leaks reveal that Stratfor has close ties to U.S intelligence...

The Stratfor emails reveal a company that cultivates close ties with US government agencies and employs former US government staff... Despite the governmental ties, Stratfor and similar companies operate in complete secrecy with no political oversight or accountability.

In other words: An intelligence apparat funded by taxpayers is being used to put money in the pockets of Goldman Sachs.

4. Stratfor and the media.

Stratfor did secret deals with dozens of media organisations and journalists – from Reuters to the Kiev Post. The list of Stratfor’s "Confederation Partners", whom Stratfor internally referred to as its "Confed Fuck House" are included in the release.

The wording is unclear, but the emails indicate that Guardian journalist David Leigh -- for whom I've previously expressed much respect -- may be involved.

5. On the lighter side... Stratfor does have a sense of humor. You'll get a kick from this list of intelligence terms:

ATF: Alcohol Tobacco and Fire Arms. Rednecks with a license to kill. Never, ever, ever ask for their help on anything.

Black Op: If you heard even a hint of it, it ain’t black. Anyone who tells you about a black op is a liar. Does Stratfor do black ops? You’ll never know.

In the world of Stratfor, that phrase may have been meant as a compliment.

Green-carder: A source working for you because he believes that you will take him to America where he will own a Seven-Eleven. Try not to disabuse him until after you’ve squeezed his sorry ass.

Yes, that's the attitude Stratfor holds toward their ground-level informants, toward the schnooks who take all the risk -- just to enrich Goldman Sachs.

May I be so bold as to offer a couple of new definitions?

Stratfor: Arrogant, avaricious fucks who are not nearly so bright as they like to think, and who are about to get their collective back broken.