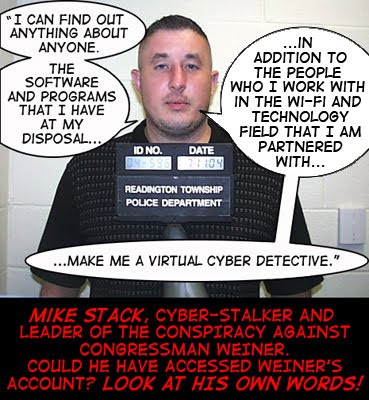 No, that's not Weiner in the infamous "crotch shot." (He's just not built that way.) Yes, his account was tampered with. Yes, there really was a conspiracy against him. We're learning a lot more about the conspirators. Deal with it.

By the way -- here's an advertisement (click to enlarge) for a little program that claims to break Twitter passwords automatically. Does it work? Dunno. This may be a scam or a malware-dropper -- or it may function as advertised. I won't try it, and I won't tell you where to find your own copy. But it's interesting to know that such things are available...