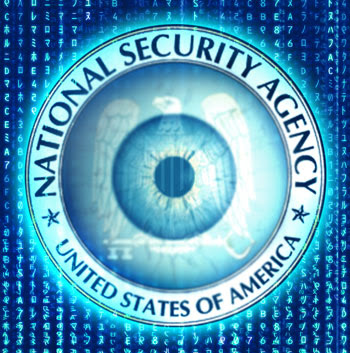 If you haven't read it yet, this New Yorker article by Jane Meyer is the greatest piece of investigative journalism we've seen in ages.

Glenn Greenwald has hailed Meyer's work as an indictment of Obama's war against whistleblowing. It is that, but it is also much more. Meyer gives us the closest, most penetrating look available at the modern NSA and its capabilities.

This humble blog spent a lot of time talking about NSA overreach during the controversies over Russell Tice and FISA. Meyer's piece confirms a long-held suspicion that the real problem wasn't eavesdropping on telephone calls but automated data-mining of all forms of electronic communication.

Two competing computer systems were designed to take us into this brave new world: ThinThread and Trailblazer. (The system in place now is called Turbulence. Someone at NSA has a strange affection for the letter T -- which is also the first letter in totalitarian.) Trailblazer turned out to be a costly boondoggle. ThinThread worked. Originally, it had provisions built in to protect the privacy of American citizens; NSA Director Haybed tossed out those barriers.

Meyer focuses on an NSA whistleblower named Thomas Drake, who tried to blow the whistle on the Trailblazer fiasco -- and on the abuses of privacy -- to a staffer on the House Intelligence Committee. Unfortunately, the Committee was headed, at the time, by Porter Goss -- and by Nancy Pelosi. They both seemed deaf to what Drake had to say.

(We couldn't expect much else from Goss, but Pelosi's reaction deserves scrutiny.)

One grimly amusing recurrent motif in this story concerns political affiliation. The whistleblowers -- Drake was not the only one -- are, or were, Republicans. Nevertheless, during the Bush era, they were all persecuted by the Republican establishment. Take, for example, the case of a whistleblower named Bill Binney:

Binney, for his part, believes that the agency now stores copies of all e-mails transmitted in America, in case the government wants to retrieve the details later. In the past few years, the N.S.A. has built enormous electronic-storage facilities in Texas and Utah. Binney says that an N.S.A. e-mail database can be searched with “dictionary selection,” in the manner of Google. After 9/11, he says, “General Hayden reassured everyone that the N.S.A. didn’t put out dragnets, and that was true. It had no need—it was getting every fish in the sea.”

Binney considers himself a conservative, and, as an opponent of big government, he worries that the N.S.A.’s data-mining program is so extensive that it could help “create an Orwellian state.” Whereas wiretap surveillance requires trained human operators, data mining is automated, meaning that the entire country can be watched. Conceivably, U.S. officials could “monitor the Tea Party, or reporters, whatever group or organization you want to target,” he says. “It’s exactly what the Founding Fathers never wanted.”

Frustrated, Drake eventually spoke to a reporter at the Baltimore Sun. His current legal troubles concern allegations that he stole classified documents to give to this journalist. Meyer's piece suggests that the claim is baseless.

It must be underscored that Drake's real "crime" was blowing the whistle on a $1.5 billion boondoggle favored by NSA Director Michael Hayden. Nothing Drake did or said could be rationally construed as giving aid and comfort to an enemy. Yet he is being tried under the espionage act.

The congressional staffer also underwent severe legal persecution, even though she quit her job and moved to Oregon. The description of the raid on her home makes for harrowing reading.

Mark Klein, the former A.T. & T. employee who exposed the telecom-company wiretaps, is also dismayed by the Drake case. “I think it’s outrageous,” he says. “The Bush people have been let off. The telecom companies got immunity. The only people Obama has prosecuted are the whistle-blowers.”

A political note: I'll be interested to see if this piece gets any play on the right. The theme of NSA domestic spying has a certain resonance among rank-and-file tea partiers, the kind of people who gravitate toward Ron Paul. But even those dullards must understand that any Republican who achieves power is only going to make the police state even more nightmarish.

Odd how that happens, innit?

A pop-cultural note: Many of you will have read Dan Brown's novel of the NSA, Digital Fortress, written when his literary career was just getting started. Whatever you may think of Brown as a stylist, it is clear that he had (as claimed) an inside source at No Such Agency. In that novel, the ultimate computer system is called TRANSLTR. This is clearly Trailblazer, given a light coating of fictionalization.

I wonder if Brown's sources will see the inside of a courtroom?
posted: 6:23 AM