The video below offers an important insight into the ongoing mystery of flight 253, the so-called Christmas bomber or "crotch bomber."

The video is some years old -- I'm not sure how old. It concerns 9/11, always a touchy subject in these here parts. The introductory comments are from John Judge, who came under sharp attack from the CD nuts because he didn't go along with their bombs-in-the-buildings crap. I'm not sure that I agree with what Judge has to say here about the Pentagon strike.

But 9/11 is not -- repeat: NOT -- the topic I want to address right now. And if you insist on jumping onto that topic anyways, stand warned: I am in a mood to moderate comments ruthlessly.

Right now, our topic is the more recent Christmas terror attempt -- the so-called "crotch-bomber case. If you watch this video all the way through, you will see the relevance:

Basically, the bulk of this presentation comes from a stewardess who often worked on that flight, and who lost a friend when the jet crashed into the Pentagon. 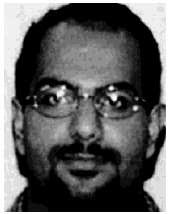 I'll transcribe the part which is germane to our present discussion:

On August 25 [2001] -- I'm constantly working this route, seven times a month -- I had one of the alleged hijackers on my plane, that flew the second trade tower plane, into the second trade tower. The one that kind of sliced it through. Flight 173 United Airlines. His name is Al-Shehhi. If you ever see a picture of all the hijackers, he's the one with the little round glasses.

I had him on my flight on August 25. He videotaped us almost the entire time. Which wasn't unusual, back then. And he asked us to go to the cockpit three times. And he told us he was a pilot for Saudi Arabian airlines. He was a nice, friendly guy. I wasn't suspicious of anything. Normal behavior back then.

The connection to the more recent incident should be obvious. As I wrote:

A mystery man kept his camera going throughout the entire flight, as though expecting an incident to occur. We have at least two perfectly congruent and credible eyewitness descriptions of this "mystery movie-maker," who has made no attempt to capitalize on his remarkable footage.

There may be an innocent explanation for that. But right now, the situation seems more than a little suspicious. A mystery videographer who films the whole flight suggests advanced knowledge of a "terror" scheme which was intended to fail.

The Al-Shehhi videography exercise, conducted a couple of weeks before 9/11, makes perfect sense: Hijackers would want to know in advance just what to expect during the flight. They were, in essence, casing the joint.

It therefore seems logical to presume that the guy videotaping on Christmas was similarly "casing the joint."

Okay. So why was there a fire in Farouk's crotch? Why that flight, as opposed to a later flight? It doesn't make sense for a jihadi to try to pull off an act of terror on the same flight that carries a compatriot who is doing surveillance for some future act of terror.

Now let's check in with Kurt Haskell, one of the witnesses who saw Farouk (the abortive bomber) meet with a "well-dressed man" in the Schipol airport. He has written a long piece from which I draw the following excerptions, relevant to the above:

The only reason I am here today is that Mutallab's bomb did not explode. We have to ask whether it was ever intended to explode?

The following evidence supports the theory that the bomb was intended to explode:

1. Mutallab went all the way to Yemen to obtain the bomb.
2. It was stitched into his underwear.
3. The quantity of explosive was enough to blow up the plane.
4. Mutallab purchased a one-way ticket without luggage (except for one small carry-on bag).

The following evidence supports the theory that the bomb was not intended to explode:

1. The bomb required a detonator to explode. This bomb did not have (Or had a malfunctioning detonator) a detonator.
2. It is difficult to believe that Mutallab would plan for this event in such great detail, but not assure that it would work.
3. A camera man filmed the entire attack from before it started until after it ended.
4. The U.S. Government allowed Mutallab on the plane in order to track him in the U.S. and catch potential accomplices.


The following is evidence that the U.S. Government knew Mutallab had a bomb when he boarded Flight 253:


The rest of Haskell's long piece is of great interest, but I don't have the time to talk about all of it. I would, however, like to draw your attention to this excellent piece from January 22 by our old friend AntiFascist. He develops an idea that few others have discussed:

CongressDaily reported on January 22 that intelligence officials "have acknowledged the government knowingly allows foreigners whose names are on terrorist watch lists to enter the country in order to track their movement and activities."

Leiter told the Committee: "I will tell you, that when people come to the country and they are on the watch list, it is because we have generally made the choice that we want them here in the country for some reason or another."

CongressDaily reporter Chris Strohm, citing an unnamed "intelligence official" confirmed that Leiter's statement reflected government policy and told the publication, "in certain situations it's to our advantage to be able to track individuals who might be on a terrorist watch list because you can learn something from their activities and their contacts."


And then there's this, which confirms the idea:

Patrick F. Kennedy, an undersecretary for management at the State Department, said Abdulmutallab's visa wasn't taken away because intelligence officials asked his agency not to deny a visa to the suspected terrorist over concerns that a denial would've foiled a larger investigation into al-Qaida threats against the United States.

"Revocation action would've disclosed what they were doing," Kennedy said in testimony before the House Committee on Homeland Security. Allowing Adbulmutallab to keep the visa increased chances federal investigators would be able to get closer to apprehending the terror network he is accused of working with, "rather than simply knocking out one solider in that effort."

So. Can we put all of this together into a single, reasonably persuasive "Theory of Farouk"?

Not yet. But I feel that we are close to that point.

If the videographer was a terrorist "casing" the flight, why didn't the government interview him or even talk about him?

Since it makes sense that a terrorist would videotape a flight before the actual attack, why didn't the "mystery videographer" of Christmas set off all sorts of alarms? Why was he allowed to tape? The stewardess in the video indicates that such taping, once common, is now no longer allowed -- or at least, it raises suspicions.

(If you're a CD crank, and if you are just dying right now for the chance to give me the familiar "Cannon doesn't understand the laws of physics" rap, head on over to Rigorous Intuition. Have yourself a ball.)
posted: 2:14 PM