(Forgive the rushed nature of some of the illustrations, but this project took up far too much of my time as it is. A word of warning for the inevitable few who will accuse me of racism: Before you start caterwauling, see my comment appended to this post below.) 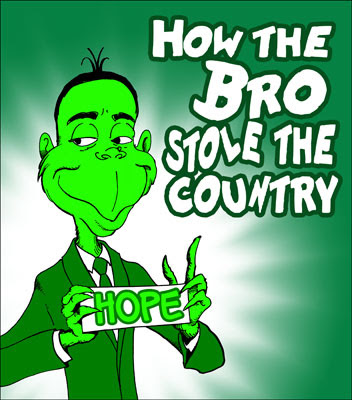 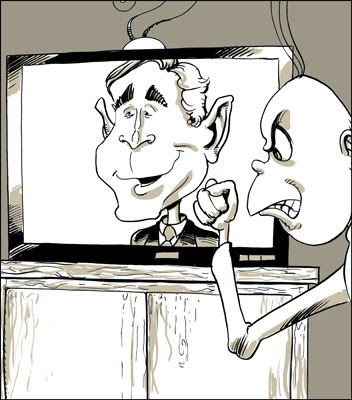 All the Whos hated Dubya, whose rule was quite awful
He lied and he spied, and his wars were unlawful.

He threw people in prison and gave them no trial!
Huge debts and Depression...
Yes, Dubya was vile. 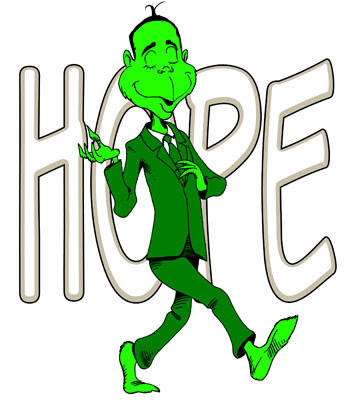 When his time was ending, Whos wanted to know
"Who can fix the Who Nation?"
....and along came the BRO! 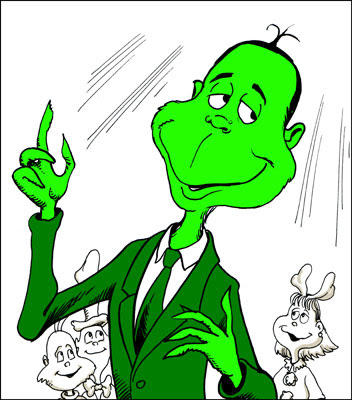 He told them "You know that most Whos were quite mean
and nasty and hateful to folks who are green.

"Well, just vote for me and get rid of your guilt!
The Bro will make sure the Who Nation's rebuilt!" 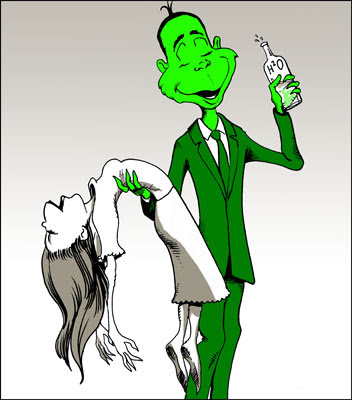 "I don't work for Who bankers. I work just for you!
For the common gun-toting resentment-filled Who!
Those NAFTA agreements stole jobs, as you've seen.
I'll toss out those treaties.
Just trust me! I'm green!
I am the lightbringer!
A Who who hates war.
I'll say no to war-mongers and give jobs to the poor!" 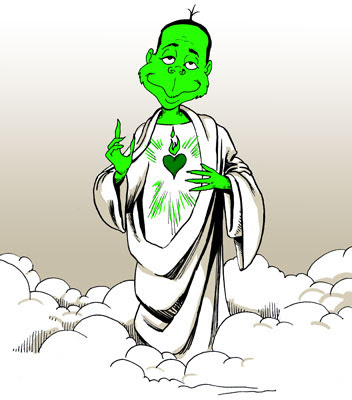 "I'll fix up new rules for the bankers, those louses.
And I'll make sure the Whos can all keep their Who-houses!
I'll give you free health care.
No mandates to pay!
A Who-topian system just like the Who-K!
You'll be rich and immortal! You never will die!
You know you can trust me: Green people can't lie!" 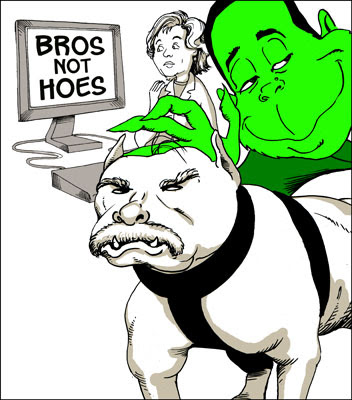 Now the Bro had a dog, a pit bull called Ax.
Ax logged every blog, then he launched his attacks.

Ax said: "Every vote against Bro's an affront!
You must be a green-hater if you vote for that...
...other candidate."

His Bro-bots spewed outrage and threatened with violence
until all the Bro skeptics were cowed into silence.

All over blogland, this message was seen:
"If you question the Bro, you hate everything green!" 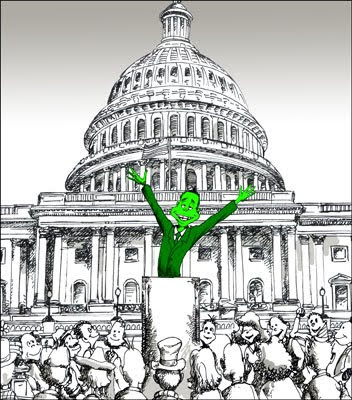 Bro got what he wanted:
An oval-shaped room
And a button to press
that made quite a BOOM.

"Who-RAY!" said the Whos. "We're sure he will cure
Everything everywhere! He's wise, green and pure! 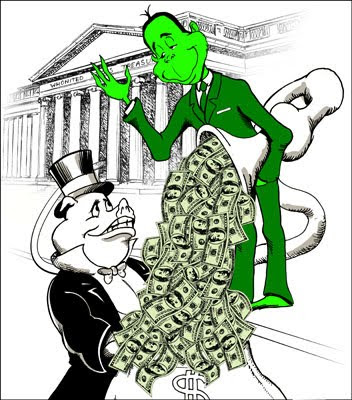 Then the Bro, who'd once said "Banks need regulation,"
gave to the Wall Streeters
THE ENTIRE WHO NATION.

He gave bankers no rules.
He just gave them money.
"It'll free up some credit," he said, which was funny.

For the credit stayed stuck at banks too big to fail.
Those crooks all got trillions when they should have faced jail. 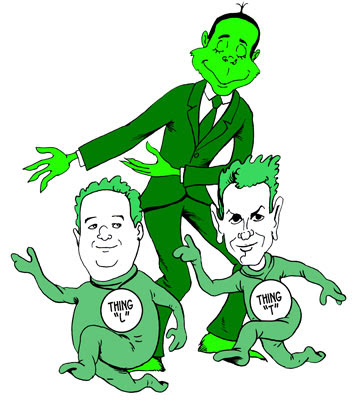 But the Bro just said "No!" 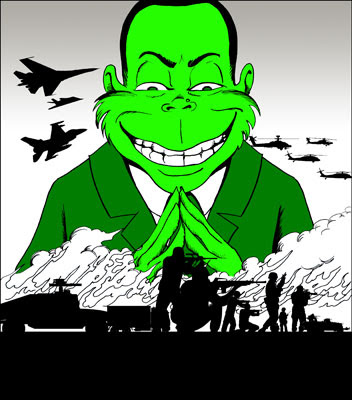 Bro kept the wars going and shocked the Who nation
when, against the Whos' wishes, he said:
"Escalation!"

He kept on eavesdropping on every Who-phone.
He protected Dubya and left NAFTA alone. 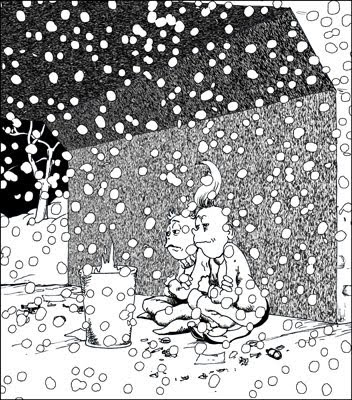 In fact, the Bro went on a far Eastern trip
and set up new treaties which let the Bro ship
those few Who-jobs left to folks faraway.

And all the Whos wondered: "Those taxes -- who'll pay?" 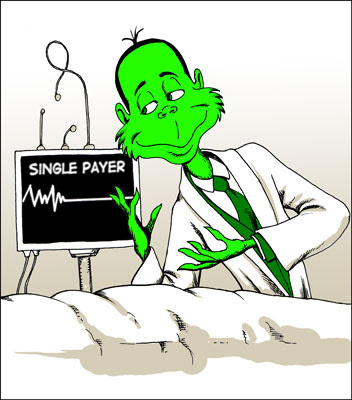 On health care, he scoffed at the words "single payer."
And on "public option" he was now a nay-sayer.

His "no mandate" pledge was allowed to expire.
All Whos would now feed the insurance vampire! 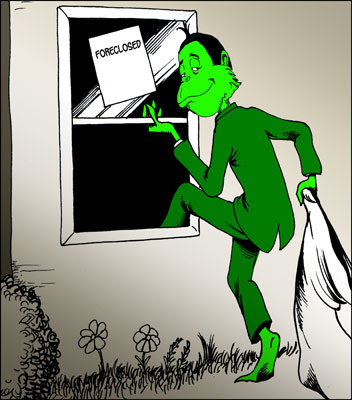 On Christmas Eve, Bro snuck into a dwelling
That some heartless banker soon would be selling.

"In two days, the sheriff will come to evict.
They don't need this stuff.
So what if it's nicked?" 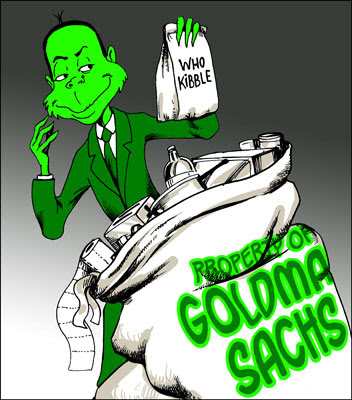 So as the Whos slept, Bro packed up large sacks
of Who-stuff to ship off to ol' Goldman Sachs.

He emptied the pantry, leaving nothing to nibble
He even stole Who-puppy's
wholesome Who-kibble. 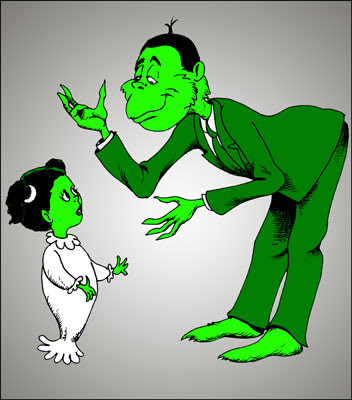 But a very young Bro-bot who was named Cindy Lee
woke up and caught sight of the Bro on his spree.

"Why are you doing this, Bro?" she asked. "Why?"
Bro panicked at first,
then he thought up a lie.

"Dubya was coming to rob you," he said.
"And so I decided to come here instead." 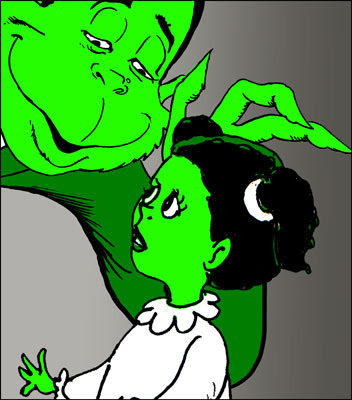 "My buddies on Wall Street will hide every sack.
But just for a week, then you'll get it all back.
It's like playing chess. I think far ahead."
Thus mollified, Cindy Lee went back to bed. 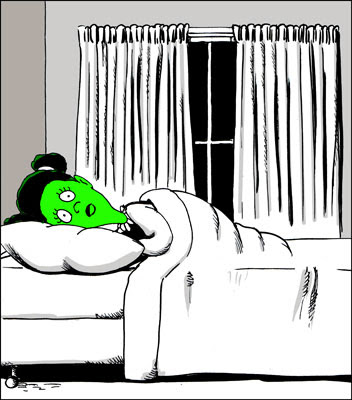 But she couldn't sleep.
Her eyes opened wide
as a horrible notion churned up inside.

She wondered: "What if the Bro's not a good Who?
Maybe, like other Whos,
Green Whos can lie too?" 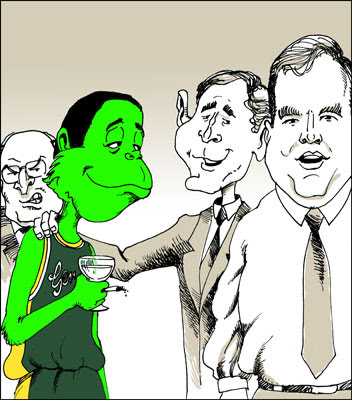 Bro went out to Texas to hang with his crew:
Cheney and Dubya -- and Jeb was there too!

"It worked like a charm!" said Dubya with glee.
"No-one suspects that you're workin' for me!
After four years of Bro, I know every last Who
will want someone new --
and Jeb, that's your cue!" 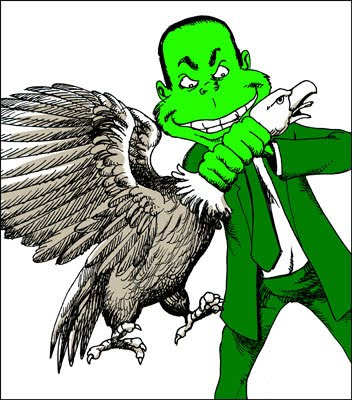 Bro giggled and cackled
at the things that he heard
And then HE HIMSELF
THE BRO
slew the mighty Who bird!
posted: 5:09 AM