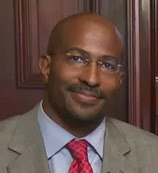 Angry not at Obama aide Anthony "Van" Jones, but at the Republicans who forced his resignation based on a 2004 petition he signed concerning 9/11.

True, I'm not a big fan of Barack Obama. True, I became -- and remain -- pluperfectly pissed off at the "truthers" who commandeered the entire national discussion of 9/11 by promulgating the inane "controlled demolition" theory.

(No, we will not not NOT discuss the CD theory here. I still recall the unpleasant events of 2006 and 2007, when the "trannies" -- as I derisively call the CDers -- nearly took over this blog. Their fanatical behavior, both here and everywhere else, consigned them forevermore to the fringe, to an internet ghetto which they have built for themselves and from which they will never escape. They have, for the most part, been banned from all sites outside that ghetto. After the way I've been treated by those zealots, I now delete on sight any comment that even hints at a pro-tranny stance. If you don't like that rule, fuck off and die and may spider monkeys rape your corpse.)

(One last word. The collapse of the towers began at the points of impact, dummies!)

Why am I pissed off at the Republicans who called for his ouster? Behold the hypocrisy:

Rep. Mike Pence (R-Ind.) called on Jones to resign Friday, saying in a statement, "His extremist views and coarse rhetoric have no place in this administration or the public debate."

Senator Christopher S. Bond (R-Mo.) urged Congress to investigate Jones's "fitness" for the position, writing in an open letter, "Can the American people trust a senior White House official that is so cavalier in his association with such radical and repugnant sentiments?"

These GOPers never denounced Rush Limbaugh or Glenn Beck, both of whom have said that Obama hates white people. Both of those men are as coarse and repugnant as ungranulated salt on an open wound on a saint's body. (Pence is in tight with Limbaugh, incidentally.) 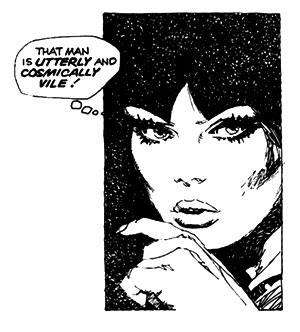 What about the many Republicans -- including congressmen John Campbell and Bill Posey -- who promoted that "birther" nonsense? What about the un-chamingly zany Michelle Bachmann, who recently intimated that swine flu was a Democratic conspiracy, who says that no amount of carbon dioxide can do harm to the atmosphere, who insists that evolution has never been proven, who thinks that Obama is setting up "re-education camps," and who wants to hold a McCarthy-like investigation into fellow congress members to determine whether or not they are "pro-America"? What about Congressman Paul Broun of Georgia, who -- after bidding farewell to observable reality -- told a crowd that Obama had established a private army, along with complete press control and a total gun ban, all with the intent of establishing a Marxist one-party state?

And what about Senator Christopher "Kit" Bond, the guy who called Jones "radical and repugnant"? Bond is the fellow who, when asked whether waterboarding constituted torture, replied: "It's like swimming, freestyle, backstroke."

Again: I'm no Obama fan. My record on that score is clear. But if the above-mentioned Republicans are not radical and repugnant extremists, then who is?

As for the petition that Van Jones signed: Keep the chronology in mind. As of 2004, the CD crazies had not yet taken over the length and the breadth of the debate over 9/11. Before the bombs-in-the-buildings bozos took over, a lot of good people were asking a lot of good questions about those events -- questions about the role of Saudi Arabia, the role of Pakistan's ISI, the relationship between the ISI and the CIA, the strange doings of Mohammed Atta in Florida, the easy entry of Nawaf Alhazmi and Khalid Almihdhar into this country even after the CIA had pegged them as terrorists (they found San Diego lodgings with an FBI informant!), the escape of so many Al Qaeda personnel from Afghanistan, the strong evidence that Mossad assets in New Jersey had advance knowledge of the attacks, and much more.

You can read about those issues on the History Commons site, on Daniel Hopsicker's site, and elsewhere. Alas, the CD-addled "truthers" have de-legitimized those asking the right questions.

The actual petition that Van Jones signed makes no reference to any of that "bombs in the building" nonsense. In fact, it asks a lot of questions which I consider fair (especially when we consider the petition's date):

Why were the extensive missile batteries and air defenses reportedly deployed around the Pentagon not activated during the attack?

Why did the Secret Service allow Bush to complete his elementary school visit, apparently unconcerned about his safety or that of the schoolchildren?

Why hasn't a single person been fired, penalized, or reprimanded for the gross incompetence we witnessed that day?

Why haven't authorities in the U.S. and abroad published the results of multiple investigations into trading that strongly suggested foreknowledge of specific details of the 9/11 attacks, resulting in tens of millions of dollars of traceable gains?

What happened to the over 20 documented warnings given our government by 14 foreign intelligence agencies or heads of state?

Why did the Bush administration cover up the fact that the head of the Pakistani intelligence agency was in Washington the week of 9/11 and reportedly had $100,000 wired to Mohamed Atta, considered the ringleader of the hijackers?

I applaud Van Jones for asking those questions.

By the way -- he has a remarkable history as a civil rights activist and as the founder of Green For All. In 2008, his resume was (in my view) far more impressive than was the c.v. of Barack Obama, who had accomplished little outside the realm of relentless self-promotion. Frankly, I would be a happier man right now if Obama were working in a Jones administration.

It's odd that conservative politicians are denouncing the "truthers" as extremists, since most of today's CD nutbags espouse conservative views. In 2006 and 2007, the trannies had made inroads into progressive circles, but the infection was blocked. The turning point occurred when a group of crazies, in a frenzy of self-defeatism, disrupted Bill Maher's show. That's the moment when many liberals woke up to the truth about the "truthers." Since that time, the tranny movement has attracted mostly the type of people who joined militias during the Clinton years.

One of the leading CDers is our old friend Alex Jones, a repugnant and radical extremist if ever I saw one. He has not exactly rallied his troops to support Van Jones. To the contrary: The Infowars site defames the former Obama aide as a "Marxist."

(As for Michelle Bachmann: I wish her a long and happy life. But like all other mortals, she will one day join the choir invisible. When that day comes, I hope that some lusty spider monkey will do his duty.)

Update: We've seen how the CD nuts have reacted to Van Jones. Now let's see what the CDS nuts -- that is, the Kossacks -- have to say. Guess who they're blaming? Hint: Not the Republicans. And certainly not Obama.

As many times as Obama disappoints me, I remain unwavering on one point: Clinton would have been worse. The Democratic Party is in its current pro-corporate spineless state thanks to the first Clinton we elected President.