Cinie has uncovered a lovely bit of conspiratology. I'm not sure what it all means; maybe nothing, or maybe much. Ponder:

No, Cinie, I didn't. Here's what I did know. Forgive the self-quotation, but these key paragraphs should help newcomers get up to speed on an important, but neglected, aspect of history:

Ann spent most of her time in Indonesia, where she was married to an executive with the American Mobil corporation. The CIA had, of course, played a key role in Indonesia's history. At least one Agency veteran of the time has said that "the CIA took it upon themselves to make, not just to enact, policy in this area." (Also see here and here.)

To make a long and very gruesome story far too short: Back in the 1960s, two oil companies linked with the Rockefeller dynasty -- Stanvac and Caltex -- felt that their investments in Indonesia were threatened by President Sukarno, who was considered soft on Communism. Stanvac, for our purposes, is simply another name for Mobil.

To protect American business interests, the CIA engineered a coup in Indonesia in the 1965-67 period, which led to one of the most appalling episodes of mass murder in history. Over 500,000 people died in the resultant bloodbath, which ended with the installation of a CIA puppet named Suharto.

Lolo Sotero, Barack Obama's stepfather, was the key liaison between Mobil/Stanvac and the Suharto regime.

These events may now seem "long ago and far away" to many modern Democratic voters. But the situation was quite different in 1967, when Ann Dunham married Lolo Soetoro. An active leftist -- which Ann Dunham supposedly was -- with an interest in international affairs would have known all about the bloodbath. It was in the newspapers. Any true student radical would have refused to eat lunch with a Suharto/Mobil functionary.

And yet she married the man. 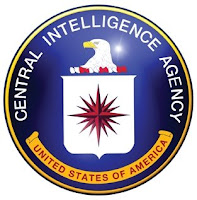 How does the Ford Foundation fit in? Well, if you fire up Google -- or better still, head into a university library -- you'll see plenty of evidence that the CIA and the FF were likethis during the period when Timmy's dad and Barry's mom took such a keen interest in Indonesia. Given the wealth of available material, I hate to cite Wikipedia -- but if you want a quick summary, you can do worse than to run your eyeballs over the following:

The former Binghamton University professor of sociology, James Petras, and other critics accuse the Foundation of being a front organization for the CIA. Petras names the exchange of high-ranking personnel between the CIA and the Foundation, Ford Foundation's big donations to the CIA-backed Congress for Cultural Freedom, the former Foundation president Richard Bissell's relationship with DCI Allen Dulles and involvement with the Marshall Plan during the 1950s, among other things. According to Petras, the Ford Foundation funds "anti-leftist human rights groups which focus on attacking human rights violations of U.S. adversaries".

Another American academic, Joan Roelofs, in Foundations and Public Policy: The Mask of Pluralism (State University of New York Press, 2003) argues that Ford and similar foundations play a key role in co-opting opposition movements: "While dissent from ruling class ideas is labeled 'extremism' and is isolated, individual dissenters may be welcomed and transformed. Indeed, ruling class hegemony is more durable if it is not rigid and narrow, but is able dynamically to incorporate emergent trends." She reports that John J. McCloy, while chairman of the Foundation's board of trustees from 1958 to 1965, "...thought of the Foundation as a quasi-extension of the U.S. government. It was his habit, for instance, to drop by the National Security Council (NSC) in Washington every couple of months and casually ask whether there were any overseas projects the NSC would like to see funded." Roelofs also charges that the Ford Foundation financed counter-insurgency programs in Indonesia and other countries.

Now, instead of bitching about the inclusion of a quote from Wikipedia, why don't you do something useful -- like, y'know, double-checking the information? While you're at it, consider looking into the very interesting backgrounds of John J. McCloy and Richard Bissell...

If you want a much more extensive history of the Ford Foundation, the CIA and the ghastly Indonesian coup, read David Ransom's piece here. Bottom line:

But it is the foreign-investment plan that is the payoff of Ford's twenty-year strategy in Indonesia and the pot of gold that the Ford modernizers -- both American and Indonesian -- are paid to protect. The nineteenth-century Colonial Dutch strategy built an agricultural export economy. The Americans are interested primarily in resources, mainly mineral.

But the real prize is oil...

You may also want to visit here, where you'll learn why many left-leaning journals rarely discuss the relationship between the FF and the CIA. The Ford Foundation has tossed a fair chunk of money at the left-wing media. That loot may explain why the old left media (Z magazine, The Nation, and so forth) tended to avoid CIA stories.

Let's get back to Cinie's piece. She quotes from a resume for Timmy's dad.

Peter F. Geithner is an advisor to the Asia Center at Harvard University and a consultant to the Asia Pacific Philanthropy Consortium, Rockefeller Foundation, Sasakawa Peace Foundation, and other organizations...

The last-mentioned Foundation is not without interest. Homework assignment: Look up Roichi Sasakawa and his links to fascism, the Yakuza and Reverend Moon.

Prior to joining The Ford Foundation, Mr. Geithner served with the U.S. Agency for International Development in Zimbabwe, Zambia, and Washington, D.C.

Did Papa Giethner know the Mother of the Blessed One during their time together in Indonesia? Did little Barry and little Timmy play together? This has yet to be established, although the likelihood seems high, considering the natures of Lolo's job, her job, and Peter's job. Still, you may want to heed these words from Cinie...

Stanley Ann Dunham Obama Dunham met her second husband, Lolo Sotoero, at the East West Center on the University of Hawaii Campus. Ann Dunham had met her son’s father, Barack Obama, Sr., on the same campus years earlier, that time in a Russian language class. She seems to have had a thing for men who work for oil companies, too, since ObaOne worked for Shell and Lolo worked for Mobil.

By the way, Cinie links to this earlier post on Cannonfire (referenced above), of which I'm rather proud: Spies, lies, Barry and his mom. That piece probably would have received a great deal of attention in lefty circles if Barack Obama were a white Republican. But he's neither, which means that the evidence I present will never be considered sufficient, and the questions I raise will always be ignored.

Nevertheless, if you have a bold streak and an open mind, check it out. And if you know what Barry and his mom were getting up to in Pakistan, please share the information with the rest of the class.
posted: 12:00 PM