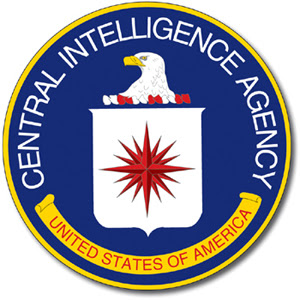 Anyone who has followed CIA scandals will find no historical parallel to this story. CIA Director Michael Hayden wants to inspect his Inspector General, John L. Helgerson. Helgerson has been looking rather too closely at the CIA's rendition programs.

The Inspector General (or IG) runs the Agency's "internal affairs" department -- in other words, he polices the CIA. Usually, the IG is one of the "old boys," but occasionally the gig goes to someone who plays hardball.

In the current case, it appears that Hayden has asked his close aide Robert Deitz (a man who plays Tonto to Hayden's Lone Ranger) to investigate John Helgerson. The IG has been a thorn in Hayden's side for quite some time...

The inspector general’s office also rankled agency officials when it completed a withering report about the C.I.A’s missteps before the Sept. 11 attack — a report that recommended “accountability boards” to consider disciplinary action against a handful of senior officials.

Did the IG uncover the drug connection?

The argument I'm about to make is, in part, speculative. Each reader must judge whether the speculative sections constitute well-grounded deduction or irresponsible conjecture. (For reasons of brevity, this post will rely heavily on previous articles, which contain the off-site links.)

Let's begin with a simple question. Why is CIA Director Hayden taking unprecedented action? What can the IG reveal about the rendition flights that could possibly be worse than what we already know?

Not just prisoners: In the past, I have argued that the program did not simply transfer prisoners to torture-friendly nations. The flights may also have been used for smuggling. I base that claim on three factors:

1. The sheer number of rendition flights.
2. The odd places visited during those flights.
3. A rather large collection of books, available at any university library, documenting the overlap between spies and the drug trade.

Naturally, any such "rogue" use of CIA-controlled aircraft would have to be kept hidden from the Inspector General -- and, in all likelihood, from the owners of record.

Before you dismiss the idea, please read my earlier piece, "The CIA's airlines: What's in the baggage compartment?" As that article notes, just one Gulfstream IV used by the CIA made 488 flights between 2001 and 2005. That single plane can carry twenty passengers. Many other jets were used in this program.

How many "prisoners" could there have been?

CIA rendition flights have taken off and landed in Spain, the U.K., Switzerland, Norway, Portugal, France, the Czech Republic, Ireland, Belgium, Germany, Greece, Thailand, Uzbekistan and other nations. Although officially civilian, the jets are allowed to land at American military bases. Virtually anything could be shipped without detection on those flights.

We now have no fewer than three major episodes linking CIA aircraft to the drug trade.

The crashed coke jet. The most recent incident involved a Gulfstream II that went down mysteriously in Mexico, after the pilot and passengers had bailed out. Authorities found over three tons of cocaine on board. (See here and here.)

In the 2003-2005 period, that same aircraft was under the control of -- though not technically owned by -- the CIA-linked firm Richmor aviation. During that time, the jet made a series of "rendition" flights.

Just before the recent coke transport flight, the plane was transferred from one mysterious "owner" to another at a dizzying clip. (This is common. When attempting to track the history of CIA aircraft, one should expect to encounter confusing ownership flips and an endless number of on-paper front companies.)

I would ask readers to note the chronology. Richmor's routine use of the jet for "prisoner" flights stopped after 2005 -- when IG John Helgerson started to look into renditions.

The captured Skyway coke jet. This blog has devoted quite a few posts to last year's remarkable capture, on a Mexican tarmac, of a jet laden with five tons of coke. (Here and here and here, and that's for starters.) Although the plane was surrounded by police, the pilot somehow "got away."

(Compare his fate to that of the Gulfstream II pilot: He bailed, was captured, and then tried to bribe his way out of custody. I don't know if the bribe worked; no further news reports have mentioned him.)

The Skyway jet was owned by a noted con artist who, in exchange for protection, allowed "his" plane to be used for various nefarious activities. Although this aircraft underwent the usual rapid ownership transfers just before the bust in Mexico, it still bore the Skyway logo, which strongly resembles the Homeland Security logo.

Skyway was a fake firm associated with In-Q-Tel, a shadowy investment group begun by CIA personnel. Although Skyway head Brent Kovar was a notorious scamster, he has never faced a judge, and his aviation undertaking somehow attracted investment from two very real corporations: The defense giant Titan and Argyll Equities of Boerne, Texas. According to investigator Daniel Hopsicker,

Argyll previously arranged for a $17 million loan to a Mexican businessman, who in turn provided "significant capital" to a

“Chilean narcotics trafficker" named Manuel Vicente Losada, arrested in the Chilean capital of Santiago after being “linked to a shipment of five tons of cocaine which U.S. drug enforcement officials in Miami intercepted over six years ago on the vessel Harbour, as it headed toward Guantanamo Bay.”

"Guantanamo Bay"? asks Hopsicker. The implications hang in the air.

Hopsicker lists a few other indicators that Argyll may have a shady history. No less a figure than Patrick Fitzgerald investigated allegations that Argyll played a role in a scheme to defraud a hedge fund administered by the mother of actor Vince Vaughn.

That, I fear, is a tale for another time. Right now, let us stay focused on the eye-popping allegation that cocaine headed toward Gitmo.

Is Guantanamo being used as a drug transshipment point?

Consider: The recently-crashed Gulfstream II made a number of trips to Gitmo. Why? To transport prisoners? No: News accounts have made clear that the prisoners there were brought in via military craft.

Evergreen. Evergreen airlines is the most famous CIA-linked aviation company; indeed, it is difficult to say where Evergreen stops and the Agency begins. Oddly enough, Evergreen had employed Russell DeFreitas, who was arrested last June for an alleged attempt to blow up JFK airport.

In an earlier post, I argued that DeFreitas was involved with a drug ring while he worked at JFK airport. News accounts link him with the Triniad-based nationalist organization Jamaat Al Muslimeen, which controls much of the organized crime in that part of the world.

Do you believe that Evergreen -- which is to say, the CIA -- would accidentally hire a man connected to a criminal syndicate?

Evergreen is a major player in the "rendition" scandal. Evergreen aircraft were used to transport "prisoners."

And perhaps not just prisoners.

Based on the above, I posit -- but cannot prove -- that Inspector General John Helgerson has been looking into the links between "renditions" and smuggling. 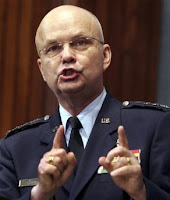 The pattern is difficult to explain away: In each of the three episodes listed above, the scenarios changed after 2005 -- after the IG began to investigate renditions. After 2005, the Gulfstream II underwent a series of weird and hard-to-follow ownership transfers. So did the Skyway jet. DeFreitas left Evergreen to work as a "baggage handler" at JFK (where Evergreen has a presence) -- an interesting gig for someone associated with drug thugs and spooks.

Never before has a CIA Director investigated an Inspector General. Why now?