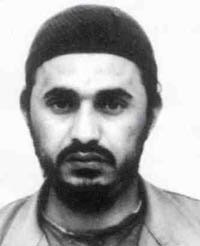 Is the threat posed by Jordanian-born terror mastermind Abu Musab al-Zarqawi real? Is Zarqawi himself a fiction, as some maintain?

The Washington Post's recent revelation that a Pentagon psyop unit hyped up the Zarqawi threat may turn into the next big scandal, especially since the leaked document specifices that the propaganda campaign targeted the "U.S. Home Audience."

One segment of the Post story desrves special attention:

One slide in the same briefing, for example, noted that a "selective leak" about Zarqawi was made to Dexter Filkins, a New York Times reporter based in Baghdad. Filkins's resulting article, about a letter supposedly written by Zarqawi and boasting of suicide attacks in Iraq, ran on the Times front page on Feb. 9, 2004.

That letter, though largely forgotten in the onrush of events, attracted some attention at the time. It's a 17-page "Dear Osama" letter in which Zarqawi helpfully demonstrated a link between the insurgency and Al Qaeda.

In other words, the letter fulfilled a propaganda purpose. The message to Americans: U.S. forces must stay in Iraq. Otherwise, an insurgency run by Al Qaeda will prevail.

As Rachel Maddow noted on her program today (she provided some juicy sound bites), George Bush somewhat incoherently cited this very letter yesterday during a Q-and-A session with students at Johns Hopkins. Here's a segment of the official (and not quite accurate) transcript:

In 2004, we intercepted a letter from Zarqawi to Osama bin Laden. In it, Zarqawi expressed his concern about "the gap that will emerge between us and the people of the land." He declared "democracy is coming." He went on to say, this will mean "suffocation" for the terrorists. Zarqawi laid out his strategy to stop democracy from taking root in Iraq.

Bush said these words on the same day the Post story identified this letter as the product of an American psyops team!

Incidentally, the transcript has been massaged to make Bush sound more erudite. In the original sound bite, which Maddow played on her program, Dubya's tongue slipped: He referred to this message as something we wrote, as opposed to one Zarqawi wrote.

Signs of fakery: In truth, this missive always carried a funky odor. Filkin was not the only recipient of this bit of propaganda. William Safire devoted a column to it in February of 2004, in which he insisted that the Zarqawi communication "proved" the mythical Saddam-Bin Laden axis. (That logic requires one to presume a Saddam-Zarqawi alliance, which is the sort of leap guys like Safire seem happy to make.) The Safire piece gives a detailed account of the letter's orgins:

That Kurdish militia has for years been waging a bloody battle with Ansar al-Islam, the terrorist group affiliated with Al Qaeda in Afghanistan and supported by Saddam Hussein in Iraq. It captured a courier carrying a message that demolishes the repeated claim of Bush critics that there was never a "clear link" between Saddam and Osama bin Laden.

The terrorist courier with a CD-ROM containing a 17-page document and other messages was Hassan Ghul, who confessed he was taking to Al Qaeda the Ansar document setting forth a strategy to start an Iraqi civil war, along with a plea for reinforcements. The Kurds turned him over to Americans for further interrogation, which is proving fruitful.

Quite a story. Worthy of Hollywood, in fact. So far as I know, the Hassan Ghul business first appeared here -- which means that either Safire made the story up out of whole cloth, or someone in the intelligence community gave him this yarn.

Unfortunately, Safire's account seriously conflicts with the version proffered by NYT writer Filkin. As Billmon pointed out back in 2004, the Filkin piece included this bit:

A senior United States intelligence official in Washington said, "I know of no reason to believe the letter is bogus in any way." He said the letter was seized in a raid on a known Qaeda safe house in Baghdad, and did not pass through Iraqi groups that American intelligence officials have said in the past may have provided unreliable information.

(All emphasis in both quotes added by me.) Well, which is it: Baghdad or Kurdistan?

As we now know, this letter entered the newstream pursuant to a psyops campaign -- and by the way, Filkin and Safire were not the only journalists involved: Douglas Jehl of the Times devoted a major piece to the same story. One wonders why the propagandists could not get their stories straight.

Why do so many of our citizens (especially our troops) still believe in the purported alliance between Al Qaeda, Saddam and the insurgency? The Zarqawi "evidence" did much to perpetuate the legend. What we are looking at here is a true Wag the Dog scenario -- the creation of a political myth.

How real is Zarqawi? Robert Fisk argued on Democracy Now that fairly good evidence suggests that the man died some time ago:

ROBERT FISK: Look, Zarqawi has not been seen by anyone other than “U.S. officials say” ever since the beginning of the war. I think it’s possible, and many Iraqis think this, that he was killed in one of the initial air raids on Iraq in the northeastern area, in the Kurdish area, and that his I.D. has somehow come to be used by some other institution.

He has a wife of whom he was very possessive, who is now so poor. In the town of Zarqa, she has to get out to work. When his mother died more than a year ago, he didn't even send condolences to the family, or so the family have informed me, unlike a man --

AMY GOODMAN: And the family lives --?

ROBERT FISK: In Zarqa, hence his name Zarqawi, of course. In Jordan. But, you know, the problem is that if this man believes he’s a true Muslim, why didn't he send sorrowful greetings to his family on the death of his mother. Very, very weird. And over and over again we hear American military officials say or they think they can identify him in a videotape. This is a guy wearing a hood, right? I don’t know. Maybe he is alive, or maybe he’s a creation, but I’ve never met anyone who’s met him recently in Iraq, which surprises me, because I do meet a lot of people in Iraq.


At this point, we must ask how many -- if any -- of the Zarqawi stories we've heard have any truth to them.

Osama bin Laden attempted to communicate with Al-Qaeda's frontman in Iraq, Abu Musab al-Zarqawi, a month ago through a letter that was seized when a ground courier in Pakistan was intercepted, a counter-terrorism expert said here on Monday.

"About four weeks ago, we intercepted communication between Osama bin Laden and Zarqawi," which occurred when "a ground courier was intercepted," Bob Newman, director of international security and counter-terrorism services with The GeoScope Group, told an Airport, Port and Terminal Security (APTS) Middle East conference.

"We (US intelligence) intercepted the man and looked in his pockets. That's how we found out," he added.

Newman, whose Colorado-based organisation provides teams to help track down terror suspects at the planning stage, later told reporters the courier was stopped in west Pakistan, "carrying a letter".


Seems to me that the Pentagon psyops crowd might well want to use a private organization of anti-terrorist cowboys as a cut out.

Not only that. Bin Laden himself -- in one of those questioned audio tapes -- endorsed Zarqawi in late 2004. Since Al Qaeda was no doubt another target of the psy-op operation, this evidence may prove that Bin Laden simply took the bait. On the other hand, the tape itself may well be a fake.

The Berg connection. Zarqawi, wearing a hood, is said to have beheaded Nick Berg. Although I accept the authenticity of that gruesome video, others have questioned it. Still others believe that the video is undoctored but that the action took place in Abu Ghraib.

Hence the importance of Zarqawi-gate. Prove that Zarqawi is largely a myth, and you call into question all of the evidence that has ever been offered by this administration to prove any point. Even his base supporters will become infuriated. And no-one will trust any Bush-supplied "evidence" surrounding future events, such as the Iran attack and "Big Wedding II."

If any true patriots at the Pentagon are reading these words, all I can say is: More leaks, please!

UPDATE: Actually, this isn't really an update so much as a plea. I want to ask the readers to do what they can to make sure this story receives more attention, and to do their own digging . For three reasons:

1. Very few people understand that Bush cited a probable hoax -- yet another fake document -- as his chief ex post facto justification for his war, and that he did so even after the letter was exposed. Just as the Niger forgeries kick-started the conflict, these forgeries keep it chugging forward.

2. The Zarqawi propaganda has convinced many people -- especially our soldiers -- that when we fight the insurgents, we are fighting Al Qaeda.

3. As noted in a post below, someone in the military probably took a great risk when he or she leaked this info. We do not encourage further leaks if we ignore the ones we get.