People still snicker whenever anyone suggests that the American intelligence community has, in the past, manipulated the American press. Yet nobody laughed at Donald Rumsfeld when he claimed that

"The terrorists, Zarqawi and bin Laden and Zawahiri, those people have media committees. They are actively out there trying to manipulate the press in the United States."

Rumsfeld did not point to a single story in the U.S. media influenced by the putative Zarqawi "media committee." How could he? The Defense Secretary's assertion is inane on its face. A couple of criminals despised by all Americans could never "spin" CBS or the New York Times. 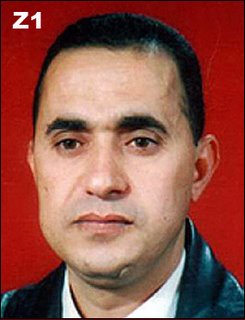 Is Abu Musab al-Zarqawi himself a manipulation? As we discussed in a recent post, the Washington Post revealed that the "threat" posed by this alleged Al Qaeda leader was largely the creation of a military PSYOPS unit. The propaganda campaign created by this unit targeted both the foreign press and the U.S. "home audience." Our troops were another target: When they unleashed "Whiskey Pete" on civilians in Fallujah, they did so in the belief that they were fighting Zarqawi.

On the same day the Post story appeared, Bush -- in a speech -- cited as genuine a Zarqawi letter now known to be fake.

Journalist Robert Fisk feels that Zarqawi may have died years ago. The Jordanian has not been seen in years; he did not communicate with his family when his mother died; he has made no attempt to help his wife.

Fisk is hardly the only skeptic to make such a claim -- see, for example, this page of links. (Note: A number of the links go to pages I consider less than credible.)

There are numerous mysteries surrounding this alleged Al Qaeda mastermind: The many reported deaths...the leg that either was or was not amputated...his alleged presence in the questioned Nick Berg decapitaion video...and more.

I cannot discuss all of these matters here -- although I should note in passing that, if memory serves, we never did receive official confirmation that Zarqawi's voice was heard on the Berg video. One would think that the CIA possesses the ability to nail that sort of identification. 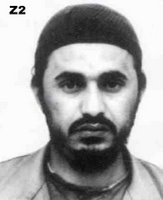 Now we have a new video featuring Zarqawi -- a man who has died many a death, a man claimed by the august Washington Post to be largely a PSYOPS-driven myth. The timing of this video release, so soon after the Post story, seems rather convenient. A copy of the Zarqawi video can be found here. (I can't help noting that one of the jihadist fighting songs sounds an awful lot like an old WWI ditty: "Skitta-marink-a-dink-a-dink-a-parlez-vous...")

If you're well-read in the lore of intelligence operations, you may have come across accounts of faked videos involving look-a-like actors. I will discuss one notorious example in a future post. For now, let us note in passing that we do have one confirmed incident of a faked beheading video put together by a young hoaxer named Benjamin Vanderford, who seems to have operated out of bizarre personal motives. If a mere civilian can create such a thing, a military psychological operations unit could surely do a more professional job.

All of which means that we have good reason to ask: Is the man in the new video Zarqawi?

Please note that, as of this writing, the CIA has not offered a public confirmation of this video's authenticity. Neither has the intelligence service of any other nation. (Update: Fox News did quote an unnamed "intelligence official" as saying that technical analysis had identied the voice as Zarqawi's. Since Fox would not identify the agency employing this source, we have no idea if the assertion is credible.)

Forgive me if what follows seems a little too "grassy knoll" for some of you, but I thought I would try my hand at some rudimentary photographic analysis. Very rudimentary. I have not tracked the origin point of the most commonly-reproduced "Zarqawi" photos, and I am forced to work with very low quality jpg images. What follows is only a start; all conclusions must be very tentative. I hope that, in the future, photographic professionals will have a go at continuing this work, and that they will be in a position to use better raw materials. 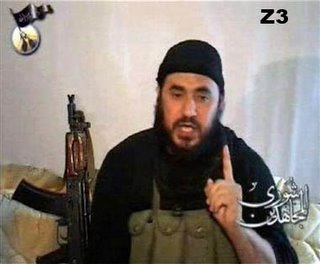 The image I have labeled "Z1" -- reproduced toward the beginning of this post -- appears on many web sites. It shows Zarqawi before he became a jihadist.

Z2 (above), another commonly-seen picture, allegedly shows the man after he joined the fight. For some reason, most web sites flip this image horizontally. (You can tell by the blemish on his right cheek.)

I believe Z1 and Z2 to be authentic, but I may be wrong.

Z3, which should appear to the left of these words or just above (depending on your browser settings) was taken from the questioned video.

Z4 appears below. This image comes from the same video. 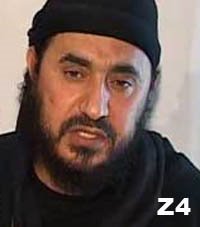 All right. Now let's start to look a little closer. What identifying marks can we find on Z1, the earliest image, and the one least open to question?

There are also noteworthy features on his chin -- a mole and a scar. In later photos, a beard covers these identifying marks, so they are now of little use to us. The blemish on the right cheek appears in all of these photos; it is easily faked with a daub of make-up. We need not pay any further attention to it.

Let's get in as close as we can to the mouth (remembering, as always, that we are dealing with poor materials). The question mark indicates that the image comes from the questioned video.

The sharply defined, rather off-center V-shaped indentation in the upper lip, visible in the early photos, seems to have gone missing in the stills captured from the video. Zarqawi also seems to have developed a Cheney-esque sneer, in which the lower lip slides to one side. 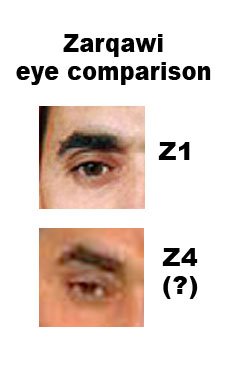 The shape of the eyebrow is very similar in both instances. However, the eyebrow does seem thicker in the earlier photo. In the video, Zarqawi's eyes droop -- frankly, he looks stoned. Perhaps one can blame fatigue and poor diet.

When the FBI and the intelligence community do this sort of work, they try to acquire clear shots of the ears, since they are almost as identifiable as fingerprints. In this case, the ear angles are far from ideal. Even so, the close-to-the-head ears of "video Zarqawi" seem to differ markedly from the bat-like protruding ears we see in the earlier images. (I flipped a detail from Z1 in this instance; you can do your own comparisons using all these images, plus any others you dig up.) So far, the ears offer the strongest evidence that this video carries the odor of fish.

Does the same man appear in all four of these pictures? Frankly, I am not sure; the poor raw materials disallow certainty. Although I lean toward the view that the video Zarqawi is a "ringer," I can be talked out of the idea. The apparent differences do strike me as sufficiently noteworthy to merit further study. (Incidentally, there are those who say that Zarqawi was captured and turned; thus, even if the man in the video is genuine, the video itself could be fictional.)

Readers must come to their own conclusions.
posted: 8:21 PM